In wake of journo’s killing anew, NUJP to hold forum on media safety 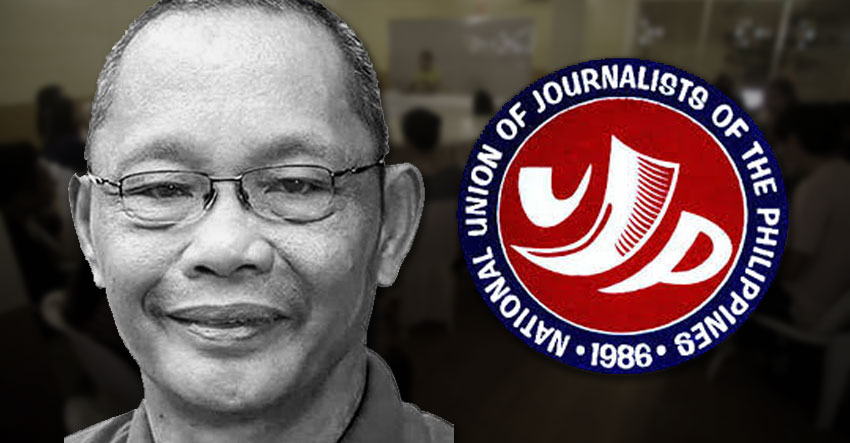 Eduardo “Ed” Dizon of 97.5 Brigada News FM Kidapawan was killed by two unidentified gunmen while on his way home from their station in Kidapawan City on Wednesday night, July 10.

CAGAYAN DE ORO CITY, Philippines – In the wake of attacks against media practitioners, with some resulting in deaths, the National Union of Journalists of the Philippines (NUJP) will hold a forum on safety on Saturday, July 13.

Orias said the activity, which will be participated in by NUJP officers from all over Mindanao, is timely as another media person was killed in Kidapawan City Wednesday night.

The discussion, she said, is a much-needed venue for journalists to bring these issues and discuss them with colleagues.

“The situation is alarming and the atmosphere no longer secure for journalists working in Mindanao,” she added.

Orias said it is the hope of the NUJP to remind media workers that safety is of the utmost priority in coverage, especially in conflict areas, or when tackling sensitive topics.

“As a reminder to our fellow journalists, this I say, ‘no story is worth dying for,’” she said.

NUJP identified the latest fatality as Eduardo Dizon, who was gunned down Wednesday night, as he was driving home after hosting his regular program at Brigada News FM in Kidapawan.

The union said Dizon’s murder could be work-related. Days before he was shot, Dizon went to the police after receiving a death threat through text message.

NUJP noted that Dizon is the 13th journalist killed in the line of duty under the administration of President Rodrigo Duterte and the 186th since 1986.

In a statement it released Thursday, July 11, NUJP said “Dizon’s murder underscores yet again the overwhelming failure of government to ensure justice. Violent crime can only invite even more bloodshed by perpetrators emboldened by the certainty that they can literally get away with murder.”

“We demand that authorities solve Dizon’s murder and ensure the perpetrators are caught and successfully prosecuted,” it said.

At the same time, the group added, “we demand that government do its duty and end the culture of impunity that continues to embolden those for whom violence is the preferred means to resolve dispute.” (davaotoday.com)