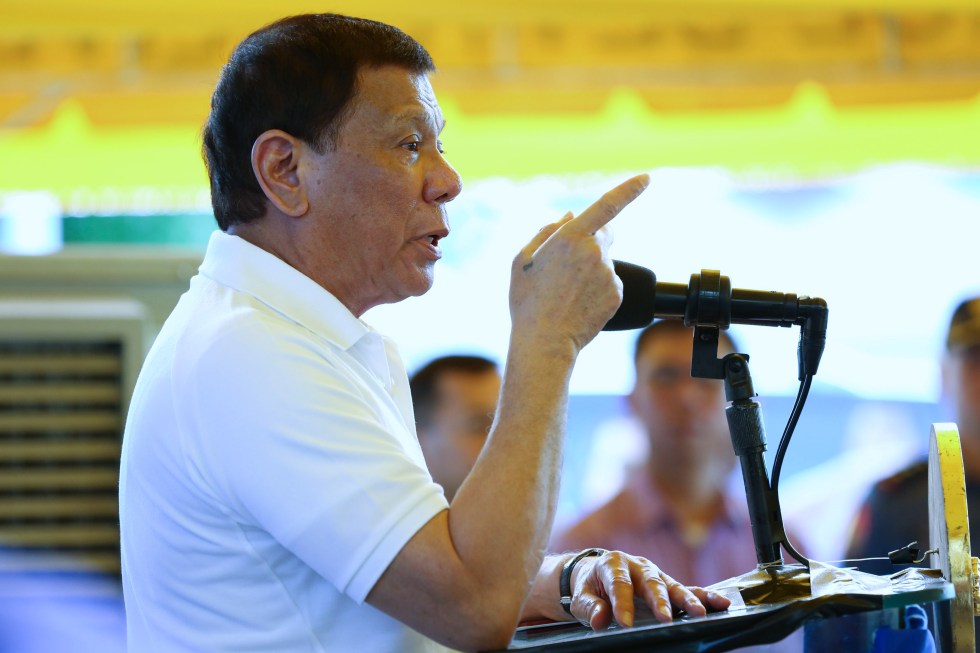 President Rodrigo Duterte, in his speech during his visit to the Ozamiz City Police Station on August 17, 2017, warns those involved in illegal drugs to stop their illicit activities or they may face harsh consequences. (File photo)

“When they killed a 5-year-old girl last year, Malacanang declared her as collateral damage, now they want Kian’s death declared as an isolated case. Truly, being heartless is the change that this administration is trying to propagate” said Eule Rico Bonganay, Salinlahi Secretary general in a statement to the media on Saturday, August 19.

Seventeen-year old Kian Loyd Delos Santos was among those killed when the Philippine National Police (PNP) conducted a drug operation in Caloocan.

The group also expressed outrage over Malacañang’s statement emphasizing that Delos Santos’ killing was only isolated.

“Kian Loyd was cold-bloodedly murdered by police officers in Caloocan City, contrary to what the PNP claimed as a shootout,” Bonganay said.

The incident also made the Salinlahi conclude that the youth are facing grave threats and their lives in great danger under the administration of Duterte.

It said that the PNP has already turned itself “into a barbaric killing machine obeying orders of President Duterte” and that the killing of Delos Santos should fuel the courage of the people to speak up and fight what it dubbed as the “monstrous kill policy of the regime.”

The PNP, Salinlahi added, is currently targeting not only drug suspects but also the innocents, including the children and youth.

The group also expressed deep concern over the fact that the president himself is making it easier for PNP members to get away with murder, the group said.

“The murder of Kian Loyd warrants justice and it can only be attained through holding the suspects accountable,” the group said, adding that police officers involved in the death of Kian Loyd must not only be relived from their post and given special treatment.

“Kian’s murder must serve as a lesson for Duterte to immediately end his war on drugs that has become a war on Filipino people. He must also be ready to face the people’s outrage,” Bonganay said.

Duterte, in his past engagements, admitted that the drug problem in the country cannot be solved within his six-year term, a statement that run contrary to his campaign promise of ending the drug menace in three to six months.

Despite seeing the impossibility of putting an end to drug menace within his term, the President continues to threaten drug suspects, ordering state forces to go all-out against them.

The PNP said more than 80 “one time, big time” drug operations were recently conducted in various areas in Luzon and Metro Manila that resulted to the arrest of more than 200 drug personalities and the killing of at least 70, including Delos Santos.

“Real Numbers” that the government campaigned for the past months alongside the intensified war against drugs said 68,214 anti-drug operations were already conducted in the whole country from July 1, 2016 to July 26, 2017.

The same data also said 96,703 drug personalities were already arrested during the period while a total of 1,308,078 persons already surrendered.

A total of 3,451 drug personalities were already killed during the period, the “Real Numbers” data said.

The trouble with numbers

Human rights groups have since contradicted the government’s “Real Numbers” particularly on the number of drug suspects killed.

Human Rights Watch said more than 7,000 persons were already killed since Duterte intensified the war on drugs in the country.

As the killings appear unabated, Salinlahi fear more lives, including the innocents, will be put in peril and the number of the cases of senseless killings to increase. This as the Department of Education now requires high school students to undergo random drug testing.

“(They) are now open targets for police brutality and vigilante killings. Duterte’s war on drugs has now become every parent’s worst nightmare,” the group said. (davaotoday.com)