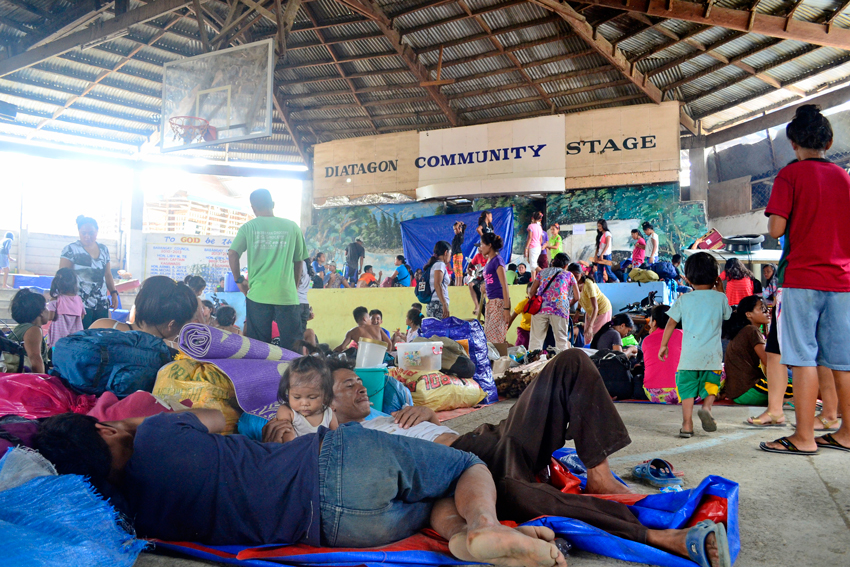 Thirteen-year-old Jeanrose Bagante, a student of Alternative Learning Center for Agricultural and Livelihood Development (ALCADEV), wished the President ​would include ​​in his speech ​of ​”nothing but the truth.”

“I hope he will speak the real situation [of Lumad communities] under Martial law. During his two-year term, he remained mum about the attacks [we experienced]. We can see he does not tell the truth,” in an interview with Davao Today inside the evacuation center.

Bagante is among the 328 families or 1,607 individuals who fled their homes on Monday, exactly a week before Duterte’s SONA. They are currently staying at the Barangay Diatagon Gymnasium.

​Government soldiers under the 75th Infantry Battalion​ ​have set up camp in K​ilo​m​eter​ 9 ​Sitio ​Simowao, Barangay Diatagon. The Lumad fear for their safety after experiencing series of harassment and rights violations by the soldiers.

Bagante, despite her young age, exudes ​matur​ity​ about the ​country’s ​situation ​w​hen asked what the President should do to address their concerns​. She said the leader should deal with the problem in a peaceful way, “martial law and the use of arms will not result to development.”

She added that real development for Lumad communities is only possible “if communities are free from dislocation and fear brought by militarization.”

“Our classes were disrupted by military presence and our parents could no longer tend our farms, which is our only source of livelihood,” Bagante added.

In a press briefing after his second SONA​, ​President Duterte ​ordered the military to bomb Lumad schools in Mindanao “for its subversive teachings.”

Anlicayan strongly belied Duterte’s claim and said the schools were built by their elders out of frustration on the government’s failure to provide accessible education to indigenous people.

She said the school’s curriculum is tailored to the Lumad’s customs and traditions, “our teachings are based on what the community really needs, aside from eliminating illiteracy, it also develop the community’s capacity on agriculture.”

The volunteer teacher urged President Duterte to put an end to the military’s “red-tagging campaign” against Lumad schools and order the immediate pull-out of government troops from their communities. 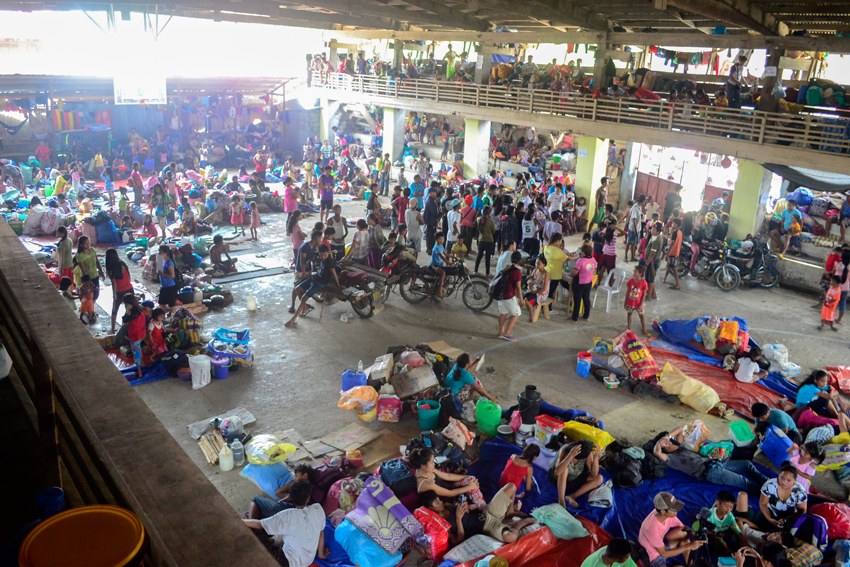 “Soldiers under the 75th IB approached one of my students and threatened him not to continue his studies at TRIFPSS accusing our school as owned by the NPAs,” said Anlicayan.

On June 14, she added, during the opening of classes, they can see from their campus at Km. 9 Simowao that soldiers arrived and set up a camp.

“The soldiers donned with firearms surrounded us. The students were really terrified, they could no longer finish singing the national anthem,” she added.

This has caused trauma to many schoolchildren that prompted the whole community to evacuate. At least 568 students and 48 teachers of both institutions were affected by the military encampment.

Meanwhile, Lilibeth Prado, council member of local IP group MAPASU, called on President Duterte to resume the stalled peace talks between the government and the National Democratic Front of the Philippines.

“The peace talks is the venue to address the causes and resolve the ongoing conflict in Mindanao. Martial rule only worsens the already miserable lives of civilians in rural areas,” Prado said.

She said the government’s intensified campaign against the communist movement has resulted to a spate of rights abuses targeting civilians including harassment of women, vilification, and encampment.

Despite the difficult life inside the evacuation center, Prado added, their decision to stay is firm until the military withdraw from their communities.

“Havoc is certain wherever there’s a military detachment. Based on our experience: In 2005 Jessy Bacasmas an abaca and resident of Km. 9 Simowao was killed; In 2014, Henry Alameda was brutally killed in Sitio Kabalawan; and in 2015, the Lianga massacre happened. There were no detachment during those time, how much more if they built one near our homes?,” Prado lamented. 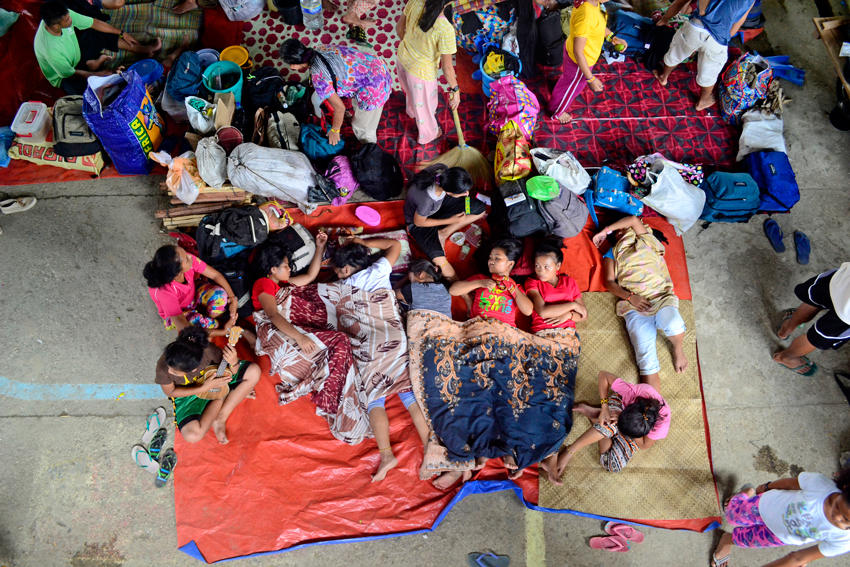 Lumad women take a rest on their first day at the evacuation center Tuesday, July 17, as they walked for nine hours before reaching the center of Barangay Diatagon, Lianga on Monday. (Mara S. Genotiva/davaotoday.com)

Prado also urged the President to drop the “trumped-up criminal cases” filed against their leaders, which she described as “the military’s tactic to pacify individuals who are staunch dissenters of anti-people policies of the government and encroachment of corporations to their ancestral lands.”

Oplan Kapayapaan is the AFP’s operational plan to curb insurgency in the country.

It noted that President Duterte, during the Indigenous People’s Leader Summit in Davao City last February 1, announced that he will personally choose the investors, citing palm oil plantations and mining, to the ancestral lands in Mindanao upon the IP leaders approval.

“He [Duterte] then told the Lumad gathered to prepare for relocation, insinuating the dislocation of the Lumad from their ancestra homes for the entry of plantations and mining projects and combat operations of the AFP,” it added.