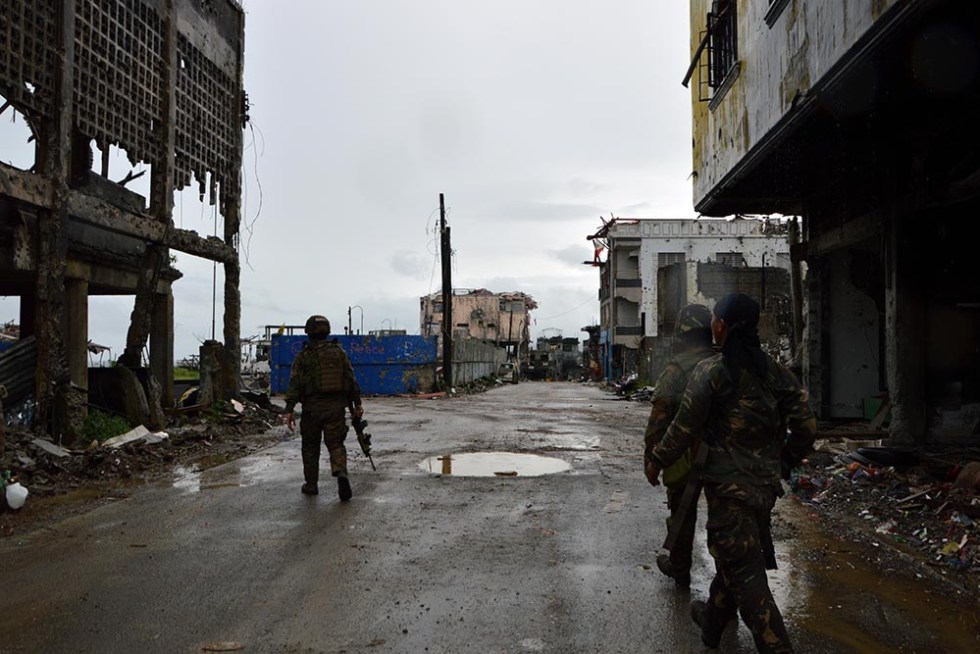 Kalinaw Mindanao, the group that spearheaded the conduct of the third round of the National Interfaith Humanitarian Mission (NIHM) to Marawi City on Nov. 16-17, has reported 56 cases of human rights violations committed by members of state forces during the siege.

In a report it distributed to the media on Saturday, November 18, Kalinaw Mindanao noted the violations such as indiscriminate firing, illegal arrest, harassment and intimidation, destruction of property, violation of domicile, and divestment of property or looting.

The group said these alleged violations added to the 309 cases which were documented in the previous missions.

“At least 10 families have reported that more than P56 million worth of their properties were destroyed as the government intensified the military airstrikes against the Maute group and other ISIS-inspired groups in Marawi City,” Kalinaw Mindanao said.

Reports of looted properties and soldiers using houses as camps also abound now that some families were able to inspect their homes, the report added.

Kalinaw Mindanao said they were able to interview a family who complained that soldiers forced them to pay P3,000 to allow them entry to their community in Barangay Kilala so they can check on their properties.

Despite payment of the said amount, the family refused to let them through.

Another family told the NIHM investigators that soldiers fired at them then interrogated and detained on suspicion that they were Maute members.

International delegates also condemned the American forces’ alleged participation in Marawi and the continuing military aid to the Duterte government for the US war on terror as it affects mostly Moro civilians instead of terrorists.

“The mission underscored the need to indemnify the victims of the Marawi crisis on the basis of the damage on their properties,” Kalinaw Mindanao said.

Meanwhile, the Armed Forces of the Philippines (AFP) said Friday it would investigate the reports of abuses allegedly perpetrated by its own troops in Marawi.

Maj. Gen. Restituto Padilla, AFP spokesperson, told reporters the military will be conducting an investigation into these allegations as it assured that international humanitarian law and respect for human rights are being upheld.

The AI report “The ‘Battle of Marawi’: Death and destruction in the Philippines” recounted the human rights situation in the besieged city at the height of the conflict.

AI was able to document the alleged atrocities committed by militants who targeted Christian residents who became victims of abuses, among them extrajudicial killings, mass hostage-taking, and extensive looting of civilian property.

“Their extensive bombing of militant-held areas of Marawi City wiped out entire neighborhoods and killed civilians, highlighting the need for an investigation into its compliance with international humanitarian law,” it said.