Mindanao Lumad struggle for empowerment through education (Part 3 of 4) 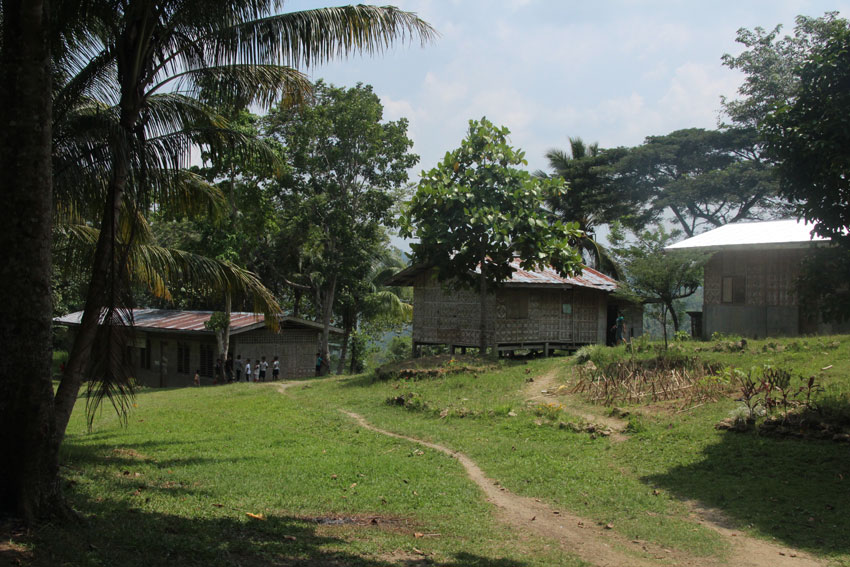 DAVAO CITY, Philippines (UPDATED) — Not all Lumad schools initiated by the community has been subject to attacks. One such school is the Assumption Grade School Extension in Barangay Panalum, Paquibato.

After walking along a steep, rough road in the middle of the hinterlands of Panalum, one sees the three-classroom building made of amakan leaves in the center of a hectare wide ancestral domain of the Ata tribe of Paquibato.

The building was built by the parents with the Assumption missionaries providing the materials. Done through “bayanihan” (community work), they endured the difficulty of bringing the materials as they cross through mud and rough trails to their community.

At 1 pm, grade school pupils aged 4 to 13, recited their afternoon greetings before the formal lessons. They were also practicing for a presentation for their Family Day activity to be held soon.

Every Friday, the extension school holds an agriculture class where pupils are taught how to plant trees and vegetables. Their produce is enough to feed almost 25 children and visitors during school activities and supply to volunteer teachers.

The school also integrates a session with the tribal elders once a month telling stories and values.
Charlie and Kyla, both in Grade 6, find this practice as a way of learning to take pride of their identity and constantly be reminded of their Ata heritage.

The school has three volunteer teachers handling multi-grade classes, although one is on maternity leave.

One of these teachers grew up in this community, 28-year-old Michelle Badan, who was a scholar of the Missionaries of the Assumption. She teaches 12 students in the morning for Grades 2-3 classes and nine pupils in Kinder-Grade 1. 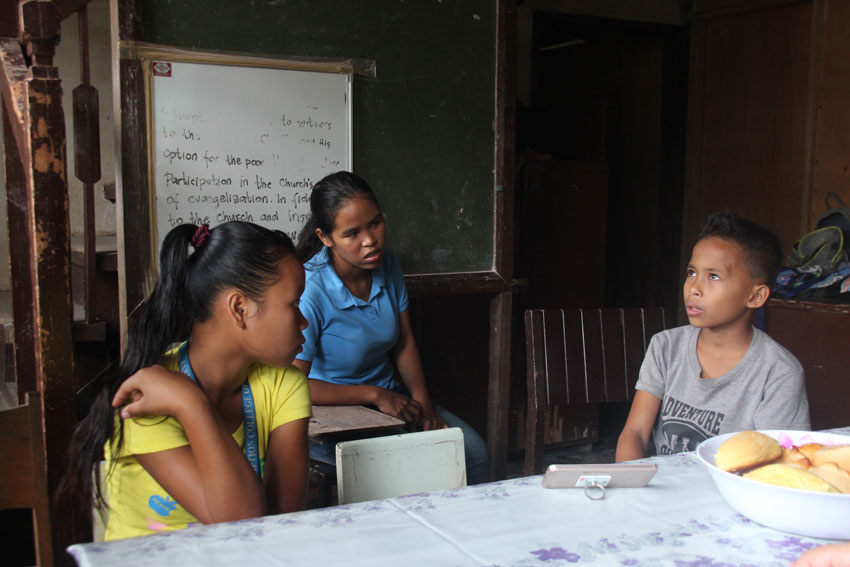 Teacher Michelle Badan with her students, Charlie and Kyla.

Badan finds it fulfilling to return to her community as a teacher. She recognizes the role of the elders in the community in making her what she is right now. The community has also produced five other graduates serving as volunteer teachers in other extension schools of the Missionaries of the Assumption in Turoyan and Kibalatong.

“In 2001, I used to study in Panalum for Grades 1 and 2, until I transferred here on Grade 3. The school was still starting and opened only Grades 1-3 classes. I used to walk for half an hour from our house to Panalum at 5 am. My uniform would become very dirty as I reached school especially during rainy season. I had to cross a river,” she recalled.

She noted that the school follow the national competencies mandated by the Department of Education, but also integrates its curriculum to the indigenous people’s education competencies.

A “marrying” session was conducted with the representatives from DepEd, teachers and the missionaries to ensure that the competencies complement each other.

“Our lessons take off from what we see around us. Pupils respond easily to topics because they had experienced it. They are having a hard time looking at examples that they haven’t seen from books,” she said.

Badan said they inculcate the values of stewardship to the environment by integrating Lumad customs in the lessons.

“We have the panganub or hunting season of wild animals. In a Filipino class discussing the topic on Pangngalan, pupils are asked who [came] with them during the panganub, the animals they caught and tools used in hunting,” she added.

The Assumption’s Extension School in Panalum was built in 2002. After four years, the school gradually offered the complete levels of elementary education.

Nestor Labrador, a barangay kagawad (councilor) and a community elder said that they once had to walk eight kilometers every day going to school in the center of Panalum. He started Grade 1 at 9 years old, graduated in high school at more than 20 years old and college at 33 years old. 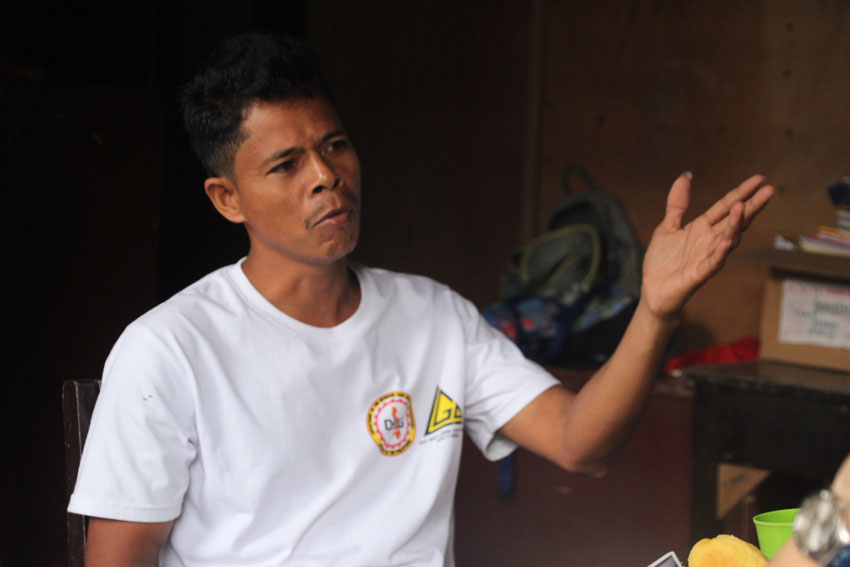 Nestor recalled the Missionaries of the Assumption arriving in their community in 1989, and asked what problems they are facing. The problem of education was raised, since many young people were out of school and unable to finish elementary school. The Lumad youth also complained of discrimination as they were teased as ignorant, noisy and dirty.

The community and the missionaries set up the school along with a dormitory for the students so they don’t need to trek long hours from their home. This is also established in the extension schools in Kibalatong and Turoyan. (davaotoday.com)