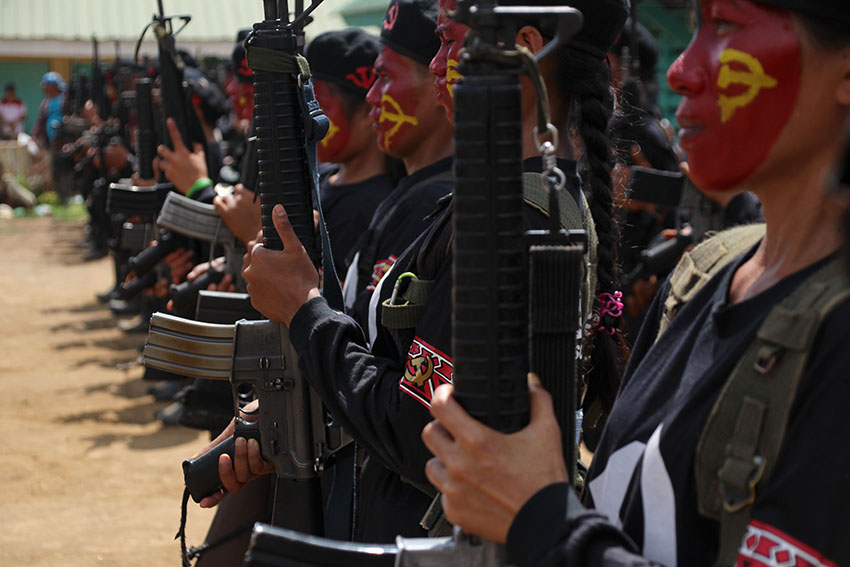 DAVAO CITY, Philippines — The Regional Council of the National Democratic Front – Southern Mindanao Region announced on Tuesday its offer of compensation to Larry Buenafe, the fish vendor who is now in coma after he was hit by splinters of an explosive device planted by the New People’s Army.

Del Mundo said the order of indemnification is based on the report of the NPA’s Southern Mindanao Operations Command, which reported that Buenafe was “far from the target military vehicle,” but was hit by splinters of the explosive.

“The 1st PBB reported that a team of its Red fighters carried out the demolition action against the reinforcing troops of Task Force Davao in Brgy. Tigatto after the NPA unit assaulted the LFC box and plastic plants in nearby Brgy. Mandug. The blaster-operator saw that Mr. Buenafe was far from the target military vehicle and proceeded to detonate the explosives. The shock waves and splinter, however, hit and injured him,” Del Mundo said.

The NDF also apologized to Buenafe, but maintained that the tactical offensive conducted by the NPA’s 1st Pulang Bagani Battalion against the Lorenzo-owned Lapanday Fopods Corporation was “just and long-demanded by the thousands of peasants, Lumad and workers in Mindanao.”

Meanwhile, in a press conference on Wednesday here, army spokesperson Captain Rhyan Batchar said Buenafe’s case showed that the NPA’s use of explosives constituted a violation of the Comprehensive Agreement on the Respect for Human Rights and the International Humanitarian Law.

“It goes to show that they are only justifying yung pag gamit ng improvised explosive device, wherein it is clear na hindi lang puro military objectives ang tinatamaan. Don sa statement nila inamin nila na talagang tinamaan nila, which is another clear violation of the agreement which is being (sic) signed by the government and the NDF, yung CARHIHL,” Batchar said.