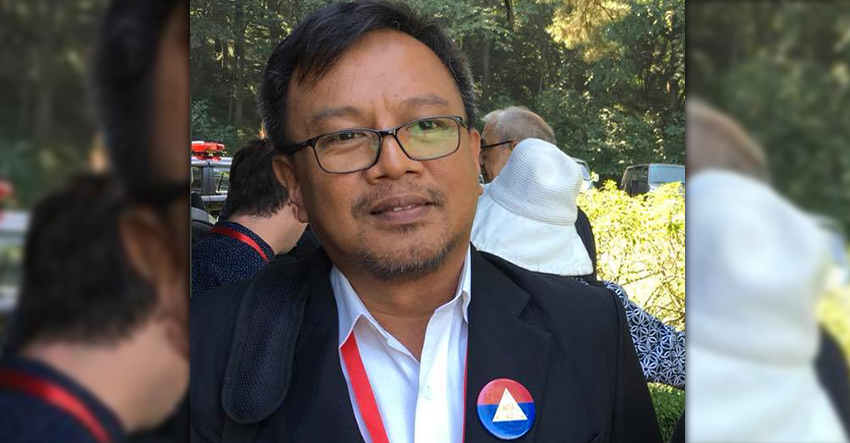 Peace consultant Randy Malayao was killed by an unidentified gunman while onboard a bus in Nueva Viscaya on Wednesday, January 30. (Photo from Felix Randy Malayao’s Facebook Page)

According to human rights group Karapatan, Malayao, was onboard a bus in Aritao Nueva Viscaya when he was killed by an unidentified gunman.

Malayao, 40, was sleeping around 2:30 am when the assailant boarded the bus while it was parked at the CCQ Restaurant.

The gunman immediately left onboard a black Yamaha Mio motorcycle.

Malayao was killed on the spot. He was part of the NDFP delegation during the series of formal peace talks with the government as part of the Reciprocal Working Committee for Political and Constitutional Reforms (RWC-PCR).

Malayao was included in the list of more than 600 individuals in the proscription petition of the Department of Justice in February last year, which human rights group described as “a tool to harass and intimidate” government critics.

Anakpawis Rep. Ariel Casilao condemned the killing of Malayao and related his death to President Rodrigo Duterte’s aggressive campaign against the communists.

“It was reported by the media that the President will send his death squads to ‘transport terminals, eateries and other public places to kill suspected rebels,’ and it was exactly where Ka Randy was killed,” Casilao said.

Before undertaking his role as a peace consultant and active human rights worker in Cagayan Valley region, Malayao was abducted, tortured and was surfaced after five days in May 2008 under the Arroyo administration.

He was accused as a member of the New People’s Army and murder of retired colonel Rodolfo Aguinaldo, on which he was acquitted in 2010. He was released from prison on bail in 2010 on other cases filed against him.

“With the Duterte government sowing the rule of impunity, the killing of Ka Randy is customary. This is similar during the sowed terror against activists when the Arroyo regime carried out Oplan Bantay Laya, starring the butcher Gen. Jovito Palparan. With the same faces being in the present security cluster, it is predictable for the same atrocities to be carried out,” Casilao added.

The lawmaker said he will push for a house inquiry on the “extrajudicial killing” of Malayao.

Alliance of Concerned Teacher Secretary General Raymond Basilio, in a statement said, Malayao’s death proved that peace is elusive under the present administration.

“The murder of Ka Randy is a vigorously burning peace candle extinguised. His death serves nothing but the all-out war agenda of the dark forces of the Duterte regime,” said Basilio.

Basilio vouched that Malayao has served as resource persons on peace forums sponsiored by ACT for Peace in various schools since 2016 until NDFP peace consultants were forced into hiding after President Duterte terminated the peace negotiations with the Reds.

The peace negotiation between the two parties has been stalled since President Duterte formally terminated the talks through Proclamation No. 360 questioning the communists sincerity to the negotiation. (davaotoday.com)