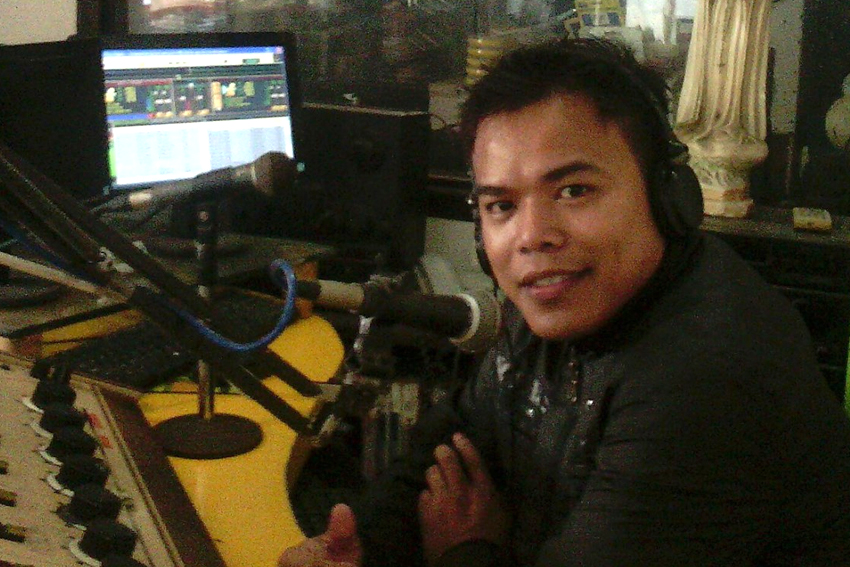 DAVAO CITY, Philippines—The brazen act of killing Christopher Iban Lozada, a Bislig City-based radio journalist, is stark reminder that the culture of impunity is a “growing and malignant problem” for journalists in this country, a media watchdog said.

“Lozada’s untimely death is a stark reminder that attacks against the media are still carried out with impunity,” said Mart Sambalud, chair of the National Union of Journalists of the Philippines (NUJP) – Davao City Chapter, said in a statement on Wednesday, October 25.

Lozada, the 29-year-old anchor of DXBF Prime Broadcasting Network, was killed when a group of unidentified men went on a shooting-spree at his vehicle at P-5 Barangay Coleto in Surigao del Sur on the evening of October 24.

He was driving home with Honey Faith Tuyco Indog who was rushed to Andres Soriano Hospital for immediate treatment after the attack happened.

He was reportedly involved in the filing of charges against Bislig Mayor Librado Navarro. The local chief executive was ordered dismissed by the Office of the Ombudsman last month, according to NUJP.

Sambalud condemned the killing as he called it a case of power tripping.

“In Lozada’s death, we see where the danger is emerging: when politicians use their power to silence criticism,” he noted. “This power tripping must be stopped—at all costs.”

He added: ”It is the duty of journalists to maintain a skeptical eye especially to those who served in the government that was given both power and influence.”

Lozada would be the fifth media practitioner murdered under the administration of President Rodrigo Duterte and the 178th since 1986 if his killing is proven to be related to his work as a journalist.

“While it is now down to police authorities to determine the motive of the killing, it is but a recognition that the ‘culture of impunity” in the Philippines remains to be a growing and malignant problem that the government must be resolved,” the NUJP-Davao chair said. (davaotoday.com)