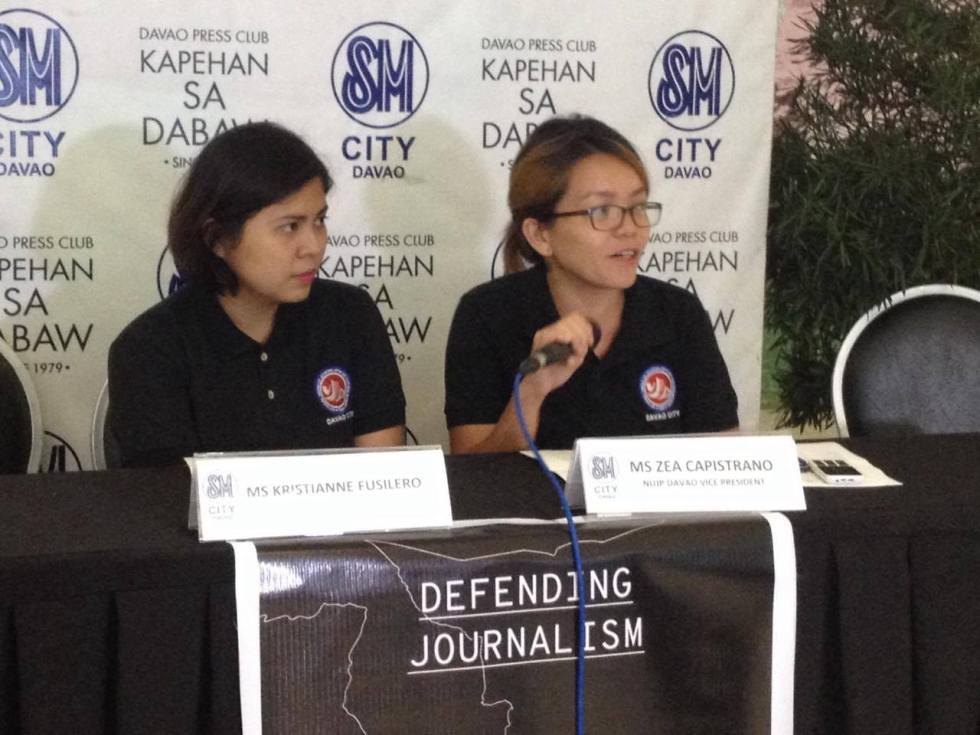 DAVAO CITY, Philippines – A media watchdog is set to launch here a book tackling the safety of journalists in various countries including the Philippines, on Saturday, November 13.

Zea Capistrano, vice-chairperson of the National Union of Journalist of the Philippines –Davao City Chapter said the book “Defending Journalists” is a deliverable report of the project that promotes the UN Plan of Action on Safety of Journalists on the issue of impunity.

NUJP along with the International Federation of Journalists (IFJ) and Asian Institute of Journalism and Communication (AIJC) will be launching the book in President Rodrigo Duterte’s hometown, Capistrano said.

The publisher of the book is the International Media Support.

The book was written by 12 authors and is a comparative analysis of practices in seven countries namely: Afghanistan, Pakistan, Nepal, Philippines, Indonesia, Iraq and Colombia where journalists from these countries were found to be subjects to wide-range of attacks and interference, violent assaults from terrorists, armed groups and powerful individuals including government officials.

Over the last decade, 827 journalists were killed based on the UNESCO Director-General’s report, showing the safety of journalists and danger of impunity.

In the Philippines, NUJP recorded a total of 178 journalists killed since 1986. Five were killed under the Duterte administration.

The book launching will be graced by Ranga Kalansooriya of International Media Support, and Jane Worthington of the International Federation of Journalists. The keynote speaker is Bayan Muna Rep. Carlos Zarate, a former journalist and a member of the NUJP.

This will be held at Pinnacle Hotel from 9 a.m. to 11 a.m. The book will be distributed to the media for free.(davaotoday.com)