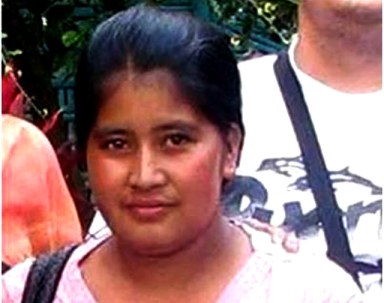 DAVAO CITY– Indigenous peoples’ groups and supporters were outraged over a prosecutor’s decision to drop murder charges against two military officers and 14 soldiers implicated in the killing of a tribal Blaan mother, Juvy Capion and her two sons.

The decision came days before the first-year anniversary of Capion’s murder on October 18.

Capion, wife of the Blaan tribal leader and anti-mining activist Daguil Capion, was killed along with her two sons, Jordan, aged 13 and Jan-Jan, 8, in their house in Barangay Kimlawis, Kiblawan town, Davao del Sur.  Witnesses who arrived at the crime scene said they saw soldiers belonging to the 27th Infantry Battalion of the Philippine Army.

The murder of the Capion family was dubbed the “Tampakan massacre” by human rights and environmentalists, saying the murder is linked to the Blaan tribe’s defense of their ancestral land in Tampakan against the mining company Sagittarius Mines Inc-Xstrata-Glencore that operates in the boundaries of Tampakan, South Cotabato and Davao del Sur.

About a hundred human rights advocates and militant groups lit candles at the General Santos City Plaza Friday to protest the fiscal’s dismissal. Lawyers are also set to file a motion for reconsideration on Monday.

Ryan Lariba, spokesperson of Bagong Alyansang Makabayan Socsaregen, slammed the decision saying “the prosecutor toed the line of the military that the victims were killed during an encounter between the New People’s Army and the soldiers. The fiscal abused his powers and acted like a judge in wholly dismissing a rightful case against the perpetrators.”

KAMP also led support groups in a rally at the DOJ office in Manila, and later submitted an appeal to Justice Secretary Leila de Lima for a reinvestigation of the Capion Case.

The group demanded that prosecutors Banjal and Tajon be placed under scrutiny, saying they “exhibited grave abuse of their authority… (and) displayed incompetence and incapability to render justice for the victims.”

“How can the testimony of a survivor of the Capion massacre be insufficient and circumstantial? The other witnesses reached the crime scene only minutes after the volley of gunfire racked the Capions’ hut, and saw only members of the 27th IB in the scene, cleaning up the crime scene. Who else could have possibly killed the Capion family? ” said KAMP spokesperson Pia Macliing Malayao.

The 27th IB was pulled out from the area after the incident and thirteen members of the battalion were placed under court martial for the crime.

Meanwhile, Bayan Muna Partylist Representative Carlos Zarate called the decision an “injustice” and “insult” to the Capion family and other human rights victims.

“As families and friends commemorate the death of Juvy Capion and her two sons, the decision comes as an insult to the family and to all the victims of human rights violations,” said Zarate.

He added that, “it also shows the weakness of the Aquino administration to render justice to its aggrieved citizens.”

The solon, who comes from General Santos City, a neighboring city to South Cotabato, challenged the Department of Justice and Commission on Human Rights to “seriously look” into the decision and appeal for a reversal of the decision.

Meanwhile, the Task Force-Justice for Environment Defenders (TF-JED) raised concern that ten community leaders opposing the $ 5.9 billion Tampakan gold and copper mine have already been killed under President Aquino’s administration.

“Five members of the Capion clan have already been killed. Three members of the Freay clan, another Blaan family, are the latest victims of mining-related killings,” said the group’s spokesperson Leon Dulce.

Dulce urged Sec. De Lima to push for “protocols on ensuring the rights and safety of environmental advocates in conflict-affected sites of development aggression.”

Malayao said the spate of murders of Blaan people “are a testament to the Aquino government’s non-recognition of the rights of indigenous peoples, and the improbability of justice under his term”, while adding that “(T)he Blaan people are determined to defend their rights to land and self-determination, even if it costs them their lives.” (davaotoday.com)