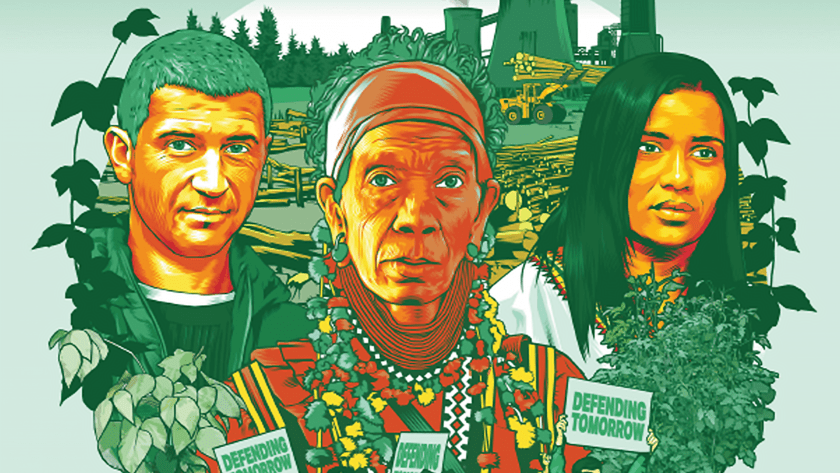 MANILA, Philippines – The Philippines is the second deadliest country for environmental defenders, according to the latest Global Witness report.

The report stated that 43 environment defenders were killed in 2019, making it second to Colombia with 64 deaths.

Heather Iqbal of Global Witness, in a webinar titled, “Webinar on Human Rights and Environmental Defenders in the Philippines” on Aug. 10, noted the concerning “consistency” in which the Philippines identified as worst country in the Asia region for environment defenders attacks.

In 2018, Global Witness monitored 30 environment defenders killed in the Philippines.

“Shockingly, over half of all reported killings last year occurred in just two countries, which are Colombia and Philippines,” Iqbal lamented.

Iqbal cited that the unabated attacks on environment rights workers have been due to “relentless vilification” or red-tagging of environment defenders and “widespread” impunity.

The annual report also noted that mining-involved killings are highest in the Philippines. Named as “deadliest sector,” it killed 50 defenders worldwide, of whom 16 were from the Philippines.

Just last month, the Tampakan Mining in South Cotabato has been given environmental compliance certificate (ECC) despite opposition from the Lumad in the area.

In October 2012, Juvy Capion, a staunch critic of the mining project, was killed together with his two sons Jordan, 13 and Mark, eight, by military forces. The military claimed it was a result of “legitimate encounter” with guerrilla forces.

Meanwhile in Luzon, a mining community in barangay Didipio, Nueva Vizcaya struggles with the militarization creeping in their village as they oppose the presence of Canadian-Australian mining company Oceanagold.

Last July 17, soldiers from 86th Infantry Batallion of the Philippine Army encamped at the barangay hall of Didipio allegedly for Community Support Program, which is under the national government’s insurgency program Oplan Kapayapaan.

Residents have requested for the immediate pullout of state forces, saying “there is no insurgency” in their area.

Last June, a member of mining opposition Roland Pulido was arrested by cops who violently dispersed the ongoing people’s barricade in their community to stop the mining operation. He was then later freed after posting bail after a day.

The Tampakan and Oceanagold mining projects were among those suspended by the late former Environment Secretary Gina Lopez.

Meanwhile, Mira Legion, a Yolanda typhoon survivor and member of Bayan-Eastern Visayas, pointed out government’s neglect for victims of disasters.

Seven years after the supertyphoon struck Eastern Visayas, Legion said that those who were brought to resettlement areas were left in piteous conditions with lack of access to water, denial of ownership titles, and substandard housing.

Legion is one of the Tacloban 5 who were arrested for trumped-up charges on Feb. 2. She has been freed after posting bail amounting to P120,000 or over USD 2,400 but three of her companions, journalist Frenchie Mae Cumpio, Mariel Domequil of Rural Missionaries of the Philippines, and Alexander Philip Abinguna of Katungod Sinirangan Bisayas, remain in jail.

Legion added that “the repercussions of sustained government’s neglect posed a greater challenge to us every time new disaster hit our region” and highlighted vitality of climate justice and accountability.

In her concluding words for the webinar, Legion expressed solidarity from the Tacloban 5 to all environment and land defenders saying, “It maybe a dark time for us all, but the clamor for justice is much stronger than any ounce of fear and doubt we may encounter along the way.” (reposted by davaotoday.com)