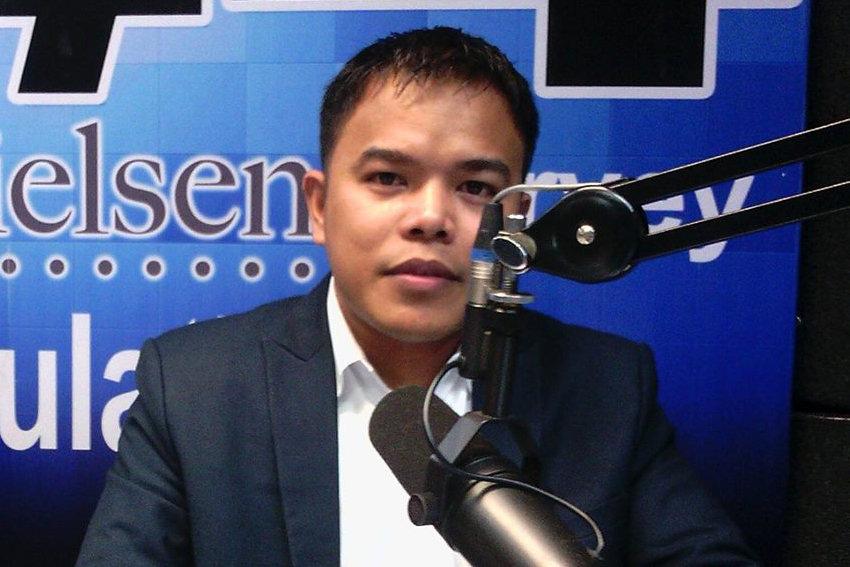 The Presidential Task Force on Media Security (PTFoMS) condemned the death of Lozada in statement, which detailed how it tried to assist Lozada who had reported to the body that the mayor allegedly wanted to kill him.

PTFoMS said it issued a “red-flag” letter to Navarro on October 24, but it was too late.

On the night of that day, unidentified men opened fire at Lozada’s vehicle when he was driving home with his girfriend Faith Tuyco Indog. He was 29.

“Lozada was killed even before the letter-warning could reach the mayor,” PTFoMs said in a statement.
PTFoMS said Lozada filed a complaint before the agency, saying he was threatened by Navarro.

“Leave Bislig if you do not want to die,” was a message sent to Lozada allegedly by the mayor.

In a text message, Lozada reported that the mayor also told him that “he would step down with Lozada who will go to the cemetery since his days are numbered.”

As this develop, Police Superintendent Eder Collantes of Task Force Usig of the Directorate for Investigation and Detective Management (DIDM) of the PNP has been instructed to “immediately” investigate the killing.

The body earlier offered to provide security but Lozada refused, insisting that a complaint has been forwarded to local police in Bislig City.

“For reasons known only to him, Mr. Lozada eventually dropped his request,” PTFoMS said.

The body said Lozada suspected that Navarro wanted him killed due to his involvement in filing charges against the mayor at the Office of the Ombudsman.

It was a complaint that lead not only Navarro’s dismissal. In September, the Ombudsman announced that it would sack the mayor, including the local government’s Bids and Awards Committee over a questionable P14.75-million excavator deal.

Lozada also called TFoMS to make representations with DILG “to execute the Ombudsman’s order to remove Navarro from office.””

The agency had long suspected that Lozada was putting his life in danger, so they advised him “to be extra careful in his travels and movements, especially since he refused to avail of a security detail either from the PNP or the military.”

In Davao City, the National Union of Journalists in the Philippines (NUJP) condemned the incident, and said Lazada’s death is a reminder that the country still has a lot to do in fixing the culture of impunity.

“We see where the danger is emerging: when politicians use theirower to silence criticism,” said Mart Sambalud, chair of NUJP Davao City Chapter.

Meanwhile, the PTFoMS said it is presuming that Lozada’s death is related to his line of duty. (davaotoday.com)