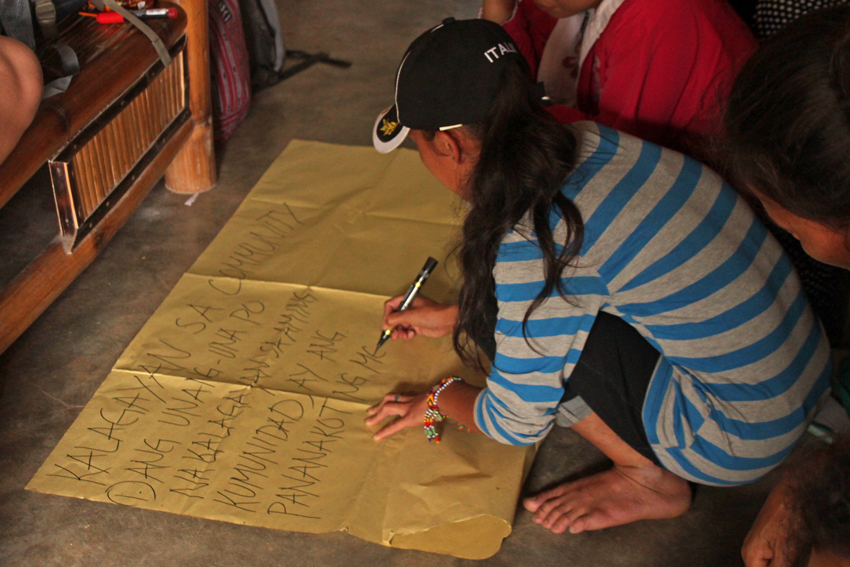 DAVAO CITY, Philippines – Mounting cases of harassments and cases of violence against women and other forms of human rights violations were among the issues raised during the recently-concluded National Fact-Finding Mission conducted by various groups, including the Gabriela Women’s Party in Sultan Kudarat province.

The cases took place in the midst of the continuing militarization mostly in the rural areas of Mindanao due to the continuing imposition of martial law under the administration of President Rodrigo Duterte.

In a statement released on Tuesday, July 3, Gabriela Party-list Representative Arlene Brosas said harassments were experienced by women and young girls as the Armed Forces of the Philippines launched massive military operations in the province, particularly in the town of Kalamansig.

The mission cited two cases where women were abused and traumatized as state forces regularly swept down their villages and communities.

A resident from Tinagdanan village narrated how the officers from the Philippine Marines catcalled and followed young women to their houses when they conducted foot patrols and roving in communities.

Susan, 38 (her real name was withheld for security reasons) said the actions of the soldiers caused fear among young women and their mothers which led to the imposition of a 4-o’clock curfew in their village.

“Mothers would even fetch their daughters from school since marines encamped in their community lurk at young women of the community,” Susan said.

Another young lady, Linda, 20 (her name was also kept for security purposes) and resident of Barangay Hinalaan told the members of the mission that she was approached by a marine officer sometime during the first quarter of 2018 and inquired if she was still single.

“I lied and told him that I already have children,” Linda continued, admitting of the fear she experienced during the encounter.

Brosas took note of the trauma that women and young girls continue to experience until today as a result of such harassments by the military in the area.

The Makabayan lawmaker also hit the Marine Battalion Landing Team assigned in the area for preventing the children and girls from attending classes in their school.

State agents also threatened families of being removed from the 4Ps list of beneficiaries if they continue to enroll their children in Lumad schools.

4Ps is the Pantawid Pamilyang Pilipino Program of the Department of Social Welfare and Development.

Many families were also forced by the military to admit of being members of the New People’s Army, while other community members, out of fear, opted to abandon their homes and evacuate to other villages and communities.

Brosas also pointed out that the AFP’s harassments and intimidations have forced women, children, including the elderly to contend with harsh living conditions as they flee and evacuate from their communities.

“The Duterte regime uses martial law and orders its armed forces to kill and destroy communities as it scampers to allow DMCI and big mining and plantation interests to take over Lumad lands,” Brosas said.

DMCI is a mining and logging company controlled by the powerful Consunji family that operates in Sultan Kudarat and the nearby provinces in Mindanao.

Brosas also emphasized that rampant land grabbing, martial rule and an attempt to discredit Lumad’s initiative to educate their own led to high militarization and red-tagging in the communities of indigenous people and their schools.

And as the peace negotiation was recently put on hold, Brosas expressed fear the attacks of the military to Lumad communities and their schools will worsen.

“As we conclude the solidarity mission, we join them in calling for the immediate pull-out of troops in the area and the resumption of peace negotiations between the Philippine government and the National Democratic Front of the Philippines,” Brosas said. (davaotoday.com)