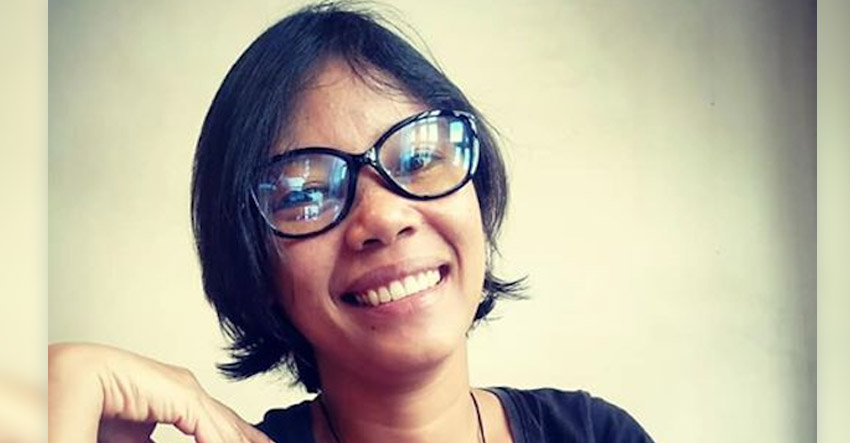 DAVAO CITY, Philippines – As slain human rights worker Zara Alvarez was buried in her home town in Cadiz to an emotional mass, calls are raised for an independent probe to see if State forces are complicit in her murder.

In a statement, human rights group Karapatan, in which Alvarez was one of its paralegals, asserted for this investigation “precisely because of the pattern of threats and vilification she and other slain human rights workers had been subjected to from the police and the military.”

“Over the years, Zara had been at the receiving end of harassment from State forces — from trumped-up charges and imprisonment to death threats and even judicial terror-tagging — and there could be no other culprits behind this brutal and cowardly act than the fascist butchers of the State,” Karapatan Secretary General Cristina Palabay said.

“Today, we bury and honor Zara, a fierce and determined human rights defender, with strong indignation. As we grieve the loss of one of our colleagues, we do not relent in our calls for justice and an independent and impartial probe on her killing,” Palabay said.

The Makabayan bloc in the House of Representatives filed House Resolution 1145 on August 18 seeking for a probe and the state’s possible involvement in Alvarez’ murder.

The resolution noted that the killing of Alvarez and other political activists in the country came after multiple threats and pronouncements by President Rodrigo Duterte against human rights defenders and critics.

Alvarez was gunned down in Bacolod City on August 17, a day when peasant activist Randall Echanis, another victim of political killing, was buried in Manila. She is the 13th member of Karapatan killed since President Duterte came to power.

The Makabayan bloc said Alvarez has received death threats in the wake of extrajudicial killings in the province of Negros Occidental that started in late 2018 under the implementation of Memorandum Order 32 that called for the deployment of additional security forces in Bicol, Samar, and Negros Islands.

Their resolution pointed out that “amid the COVID-19 pandemic, killings of activists and critics continue to intensify, even as varying levels of community quarantine and curfews are in place. Despite an increased number of checkpoints and law enforcement authorities deployed all over the country to enforce quarantine measures, motorcycle-riding gunmen out to kill activists seemingly continue to roam freely.”

United Nations Special Rapporteur on Extrajudicial Executions Agnes Callamard also urged the UN Human Rights Council and the international community to act into the human rights situation in the Philippines.

“Zara is the most painful and saddest reminder as to why these demands must be answered. Every month that passes, every day that goes by, there is one more arbitrary killing, one more Zara, one more, one more, one more. ENOUGH,” Callamard said in a tweet.

UN rights experts called on the UN Human Rights Council to conduct an independent investigation into the human rights violation in the Philippines. They also called on member states to initiate, whenever possible, governmental sanctions and criminal prosecution against government officials who have committed, incited or failed to prevent human rights abuses.

The UN Office of the High Commissioner for Human Rights earlier said that they are “saddened and appalled” by the violence and threats against human rights defenders in the Philippines, including the killing of Alvarez and Echanis.

“Effective measures must be taken to protect other at-risk human rights defenders and to halt and condemn incitement to hatred against them,” they said. (davaotoday.com)