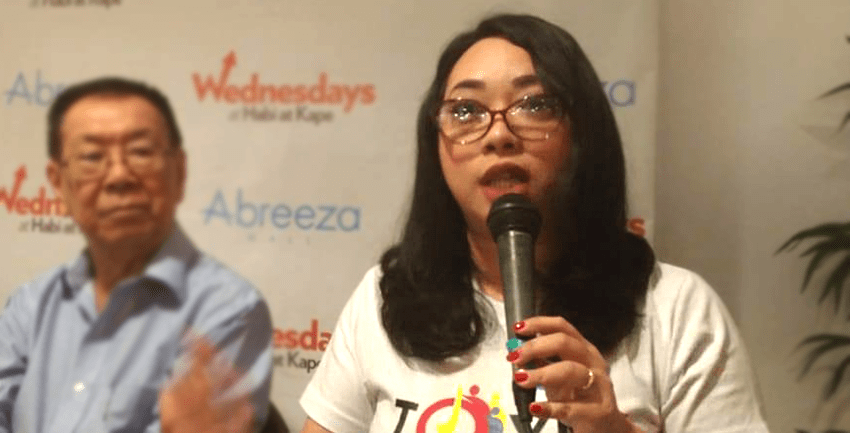 Diane Marie Tushinka Tan, 2017 TOYM Area 5 Chairman said out of the 485 total awardees for the last 58 years, “there have been only 13 percent of honorees from Visayas and Mindanao.”

During Wednesday’s Habi at Kape in a mall here, Tan said there were only 40 honorees from Visayas and 20 from Mindanao since the Award started on April 5, 1959.

Tan said TOYM Foundation Chair Manny Pangilinan asked the area chairpersons for Visayas and Mindanao to exert more efforts to look for honorees in their areas.

Filipino boxing champ and Senator, Manny Pacquiao, who hails from General Santos City in Mindanao was also a recipient of the TOYM award for sports excellence in 2004.

Among the previous recipients of TOYM from Mindanao were Miguel Dominguez for government and Public Servce in 2013, Dennis Salvador of the Philippine Eagle Foundation for Wildlife Conservation in 2000, Kadil Sinolinding Jr for Rural Medicine in 2000, Datu Ibrahim Paglas III for community service in 1999, Angelina Bacala for Science and Technology in 1994, former Davao Congressman Prospero Nograles for Human Rights in 1985, and Archbishop Orlando Quevedo for education in 1973.

With this year’s theme, “United in Purpose Towards Nation Building,” the TOYM have 14 categories including Agriculture, Arts and Humanities, Banking Business, Law, Business, Community Development, Educational Business, Government Service, Political and Social Sciences, Journalism and Mass Communication, Sports, Medicine, Economics, and Science, Technology and Engineering.
Tan said they are also looking for more honorees from the field of science, technology and agriculture.

Qualified nominees are Filipino citizens and 18-40 years old with “outstanding leadership and achievements which benefit the community and the country.”

TOYM 2017 will be launched in Davao City on July 28 at the World Palace, while the national launch will be held in Cabanatuan City on April 23.

The awarding ceremony will be held in Malacañan Palace in December.

The TOYM headed by the Junior Chamber International Philippines are accepting online nominations through website, www.toym.jci.org.ph. The deadline for nominations is on August 30. (davaotoday.com)