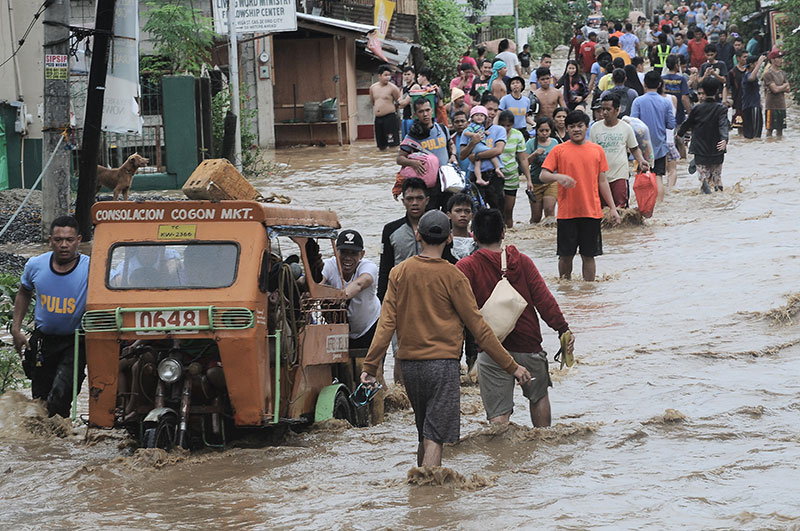 As of Friday morning, December 22, the City Social Welfare and Development (CSWD) office said around 503 families or 1,719 individuals evacuated.

These families, according to CSWD, are at 27 temporary shelters as they wait for the waters in Cagayan de Oro and Iponan rivers to subside.

The rising floodwaters inundated the facilities of the Cagayan de Oro Water District (COWD), forcing the utility to shut down several of its production wells in barangays Macasandig and Balulang, two of the villages worst hit by Sendong in 2011.

The shutdown of these wells, the COWD said in a statement, “is necessary to avoid contamination of water supply to safeguard public health.

The COWD also advised its customers to store water while it is still available.

“Do not forget to include water in your emergency kits, ideally one gallon of water per person for three days. COWD shall be providing regular water supply advisories and updates,” the company said. (davaotoday.com)