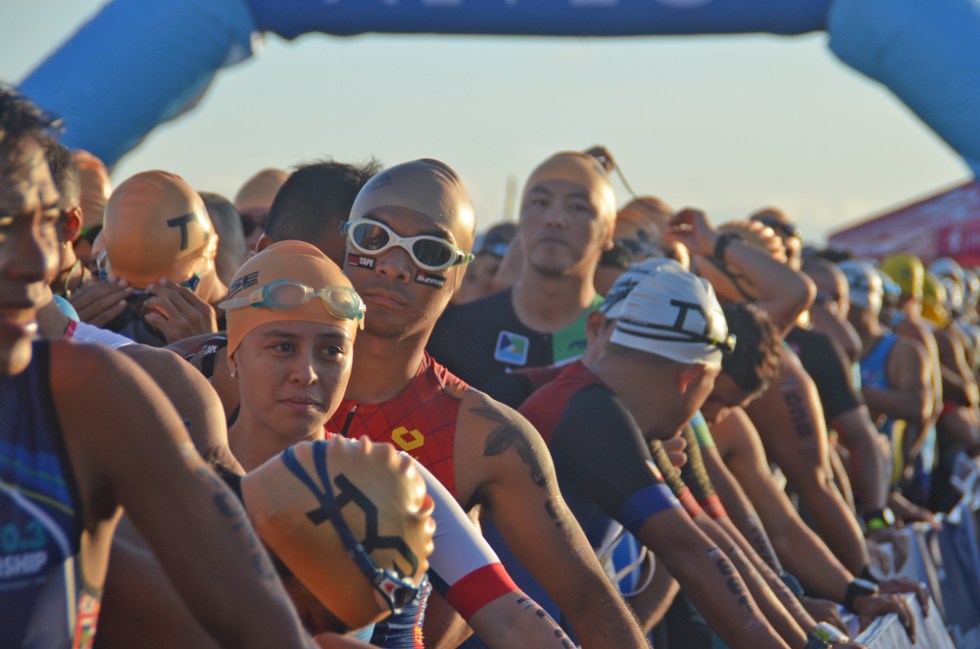 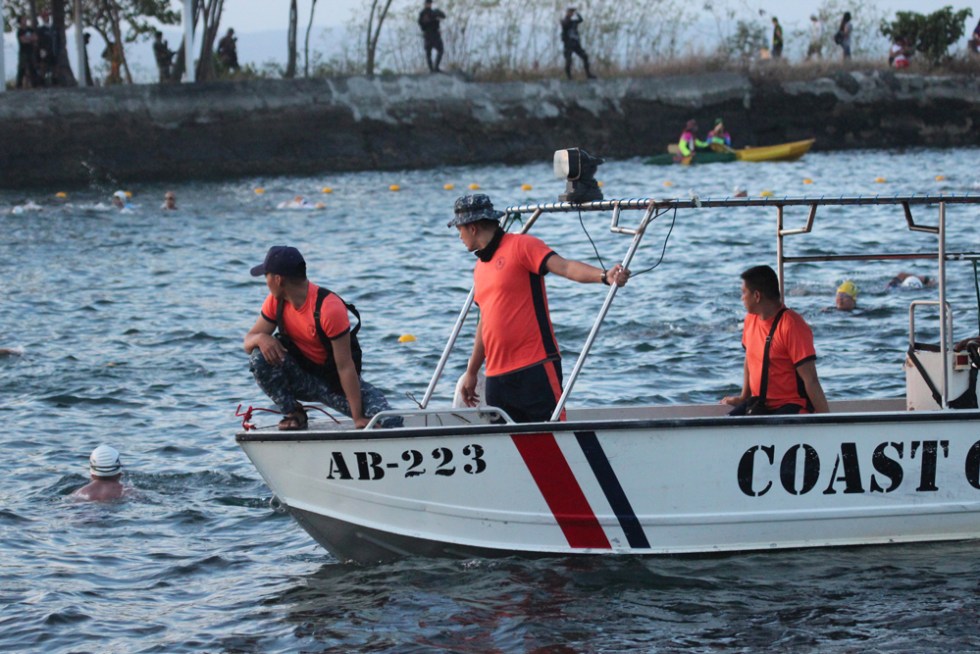 The triathlon comprised of swimming for 1.9 kilometers, followed by cycling (90 km) and running (21.1 km). Amidst heavy security with coast guards, police, military and auxiliary forces deployed across the track race from Davao to Tagum, the triathlon kicked off at 6:00 o’clock with a number of fans and spectators witnessing this record event in Davao. 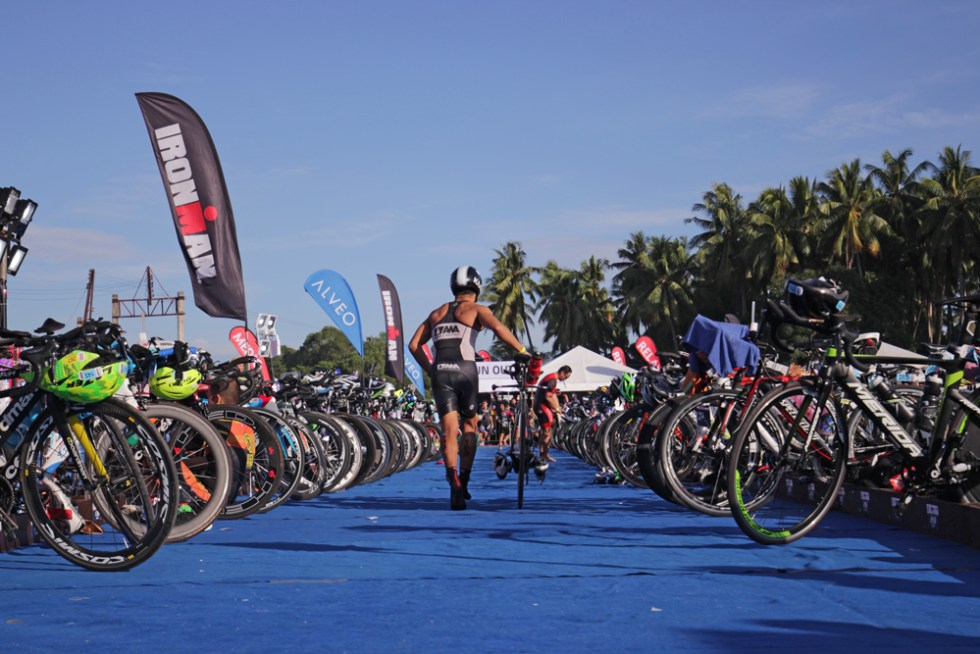 Despite the scorching heat of the morning sun, this athlete (no. 884) proceeded with his grueling course like 1,800 other racers who are as determined as him to finish the IronMan 70.3 Davao triathlon. 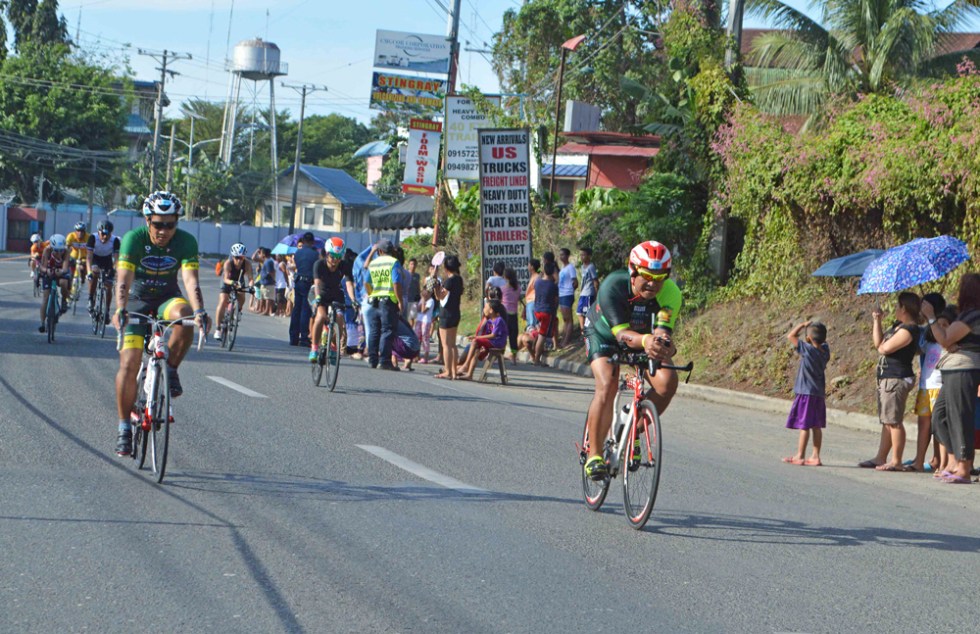 The 90-km bike course took at Azuela Cove in Lanang and headed northbound to Panabo, Carmen and ended at Tagum City. Event marshals consistently reminded spectators to avoid crossing or staying near the race tracks to avoid collisions with the triathlon athletes. 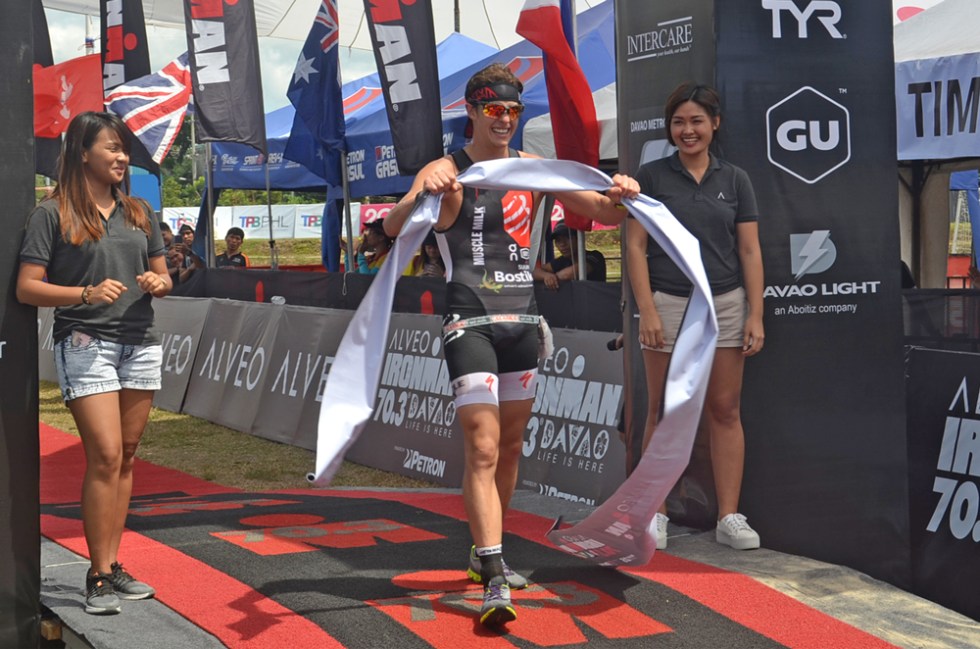 Mauricio Mendez of Mexico, this year’s Alveo Ironman 70.3 Davao Male Professional Category Champion, finished the race in three hours, 50 minutes, and 32 seconds. “I was in second place until like kilometer 13, I think, [so] that was a big battle for sure. My goal was to just be as close as possible to the front group,” he said. With this win, Mendez hopes this will be the start of a great year for him. 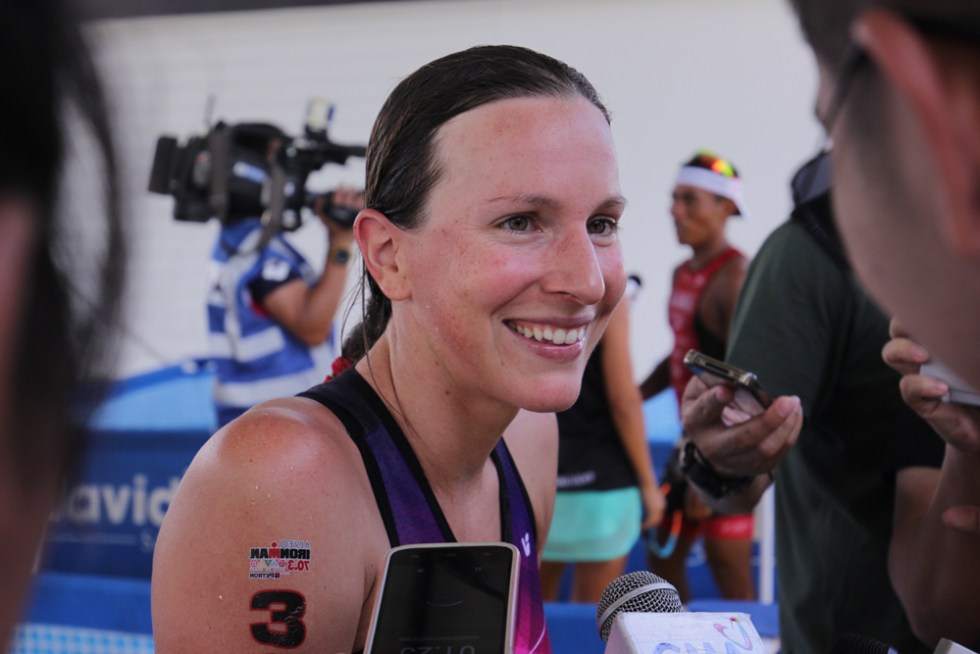 Czech Radka Kahlefeldt, Alveo IronMan 70.3 Davao Women Professional Champion, was asked how she felt winning after giving birth over two months ago, said: “Just don’t wait. Do it. It’s amazing that you can do it. I think if you do some sport even when you have a baby, it makes you happy. If you are happy, the baby is happy. That’s what I feel.” 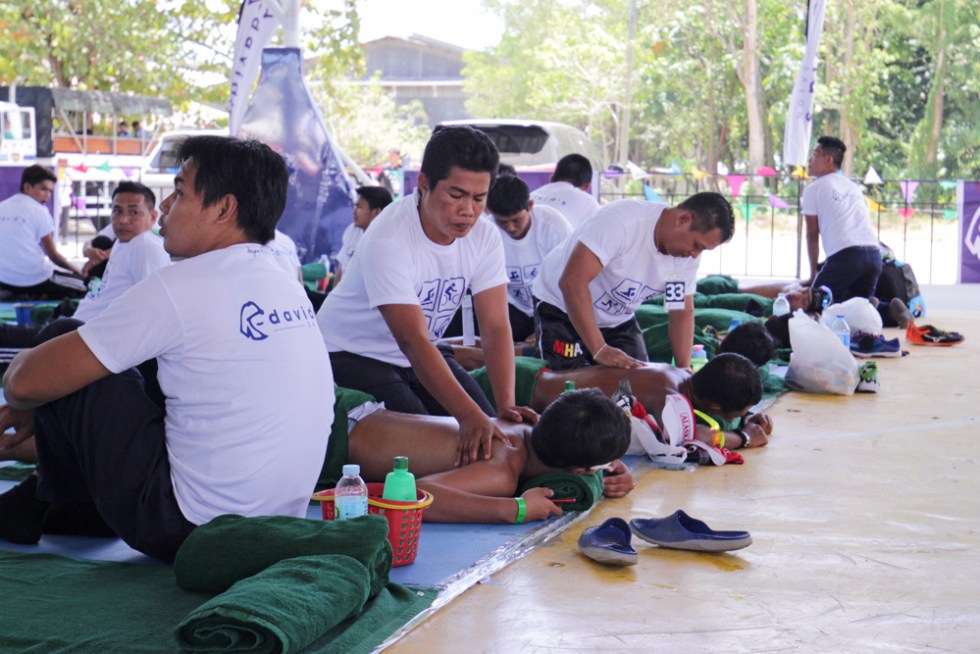 After completing the 113-km race, the finishers took a dip into a tub of cold water, as well as receiving a whole-body massage at the recovery station. The massage treatment were provided by masseurs hired from the Roxas Night Market, who were as excited to serve the athletes in the event. 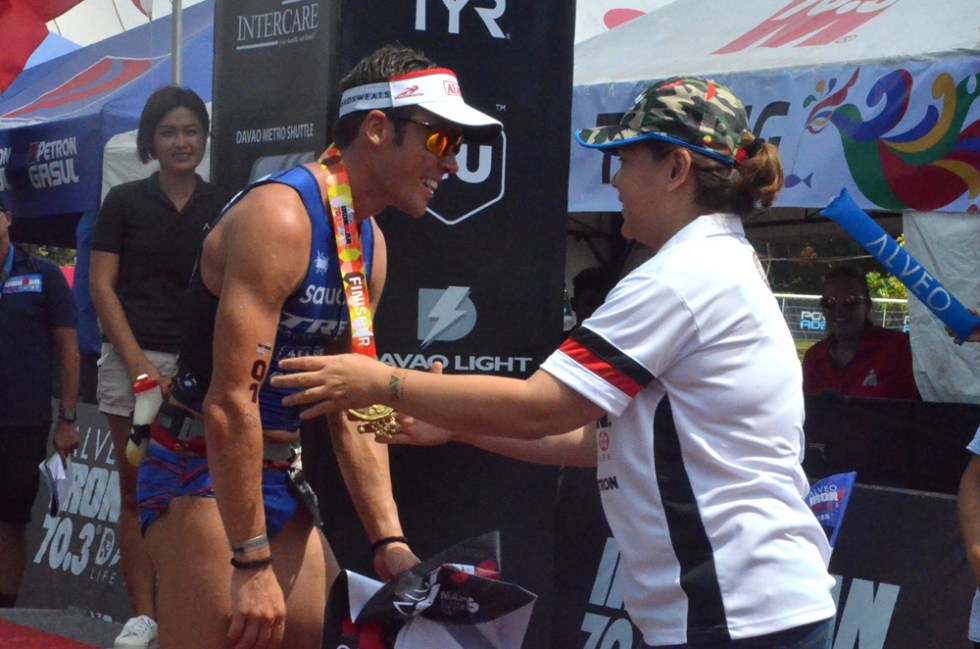 Davao City Mayor Sara Duterte graced the event as she welcome all triathletes, guests and spectators. She handed medals to the winning athletes which are designed by Davaeño sculptor Kublai Millan. 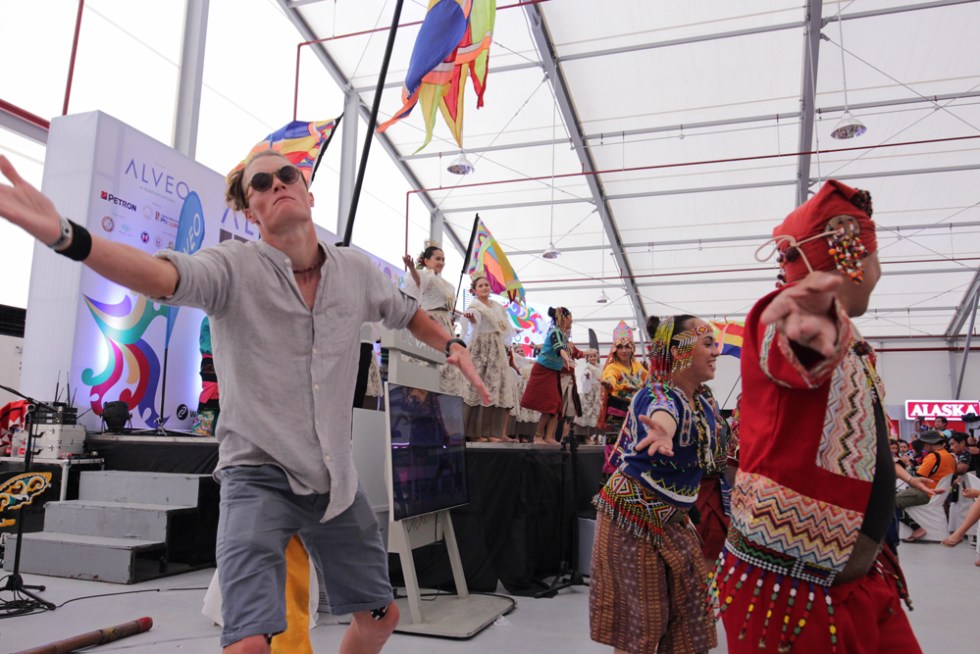 The IronMan event in Davao also showcased local talent and culture with a group presenting Mindanao indigenous dances during the press conference. One of the triathletes also joined in the revelry of the dance. This year’s Alveo IronMan 70.3 Davao triathlon ended with top athletes receiving medals and trophies. This year’s triathlon, marking the 10th year of the event in the Philippines, was a success with records broken in participants and events. (davaotoday.com)