IN PHOTOS: Davaoeños choose next barangay and SK officials

According to Commission on Election Region 11 (COMELEC-11), there are a total of 1,223,500 registered voters across the three districts of Davao City.

Precincts opened at exactly 7 am and voting for barangay ang SK elections ended at 3 pm.

Many were disappointed when President Rodrigo Duterte did not participate in the May 14 elections hoping that they would see the president at his assigned precinct in Daniel R. Aguinaldo National High School.

Here are some photos during the local elections in various voting precincts in Davao City: 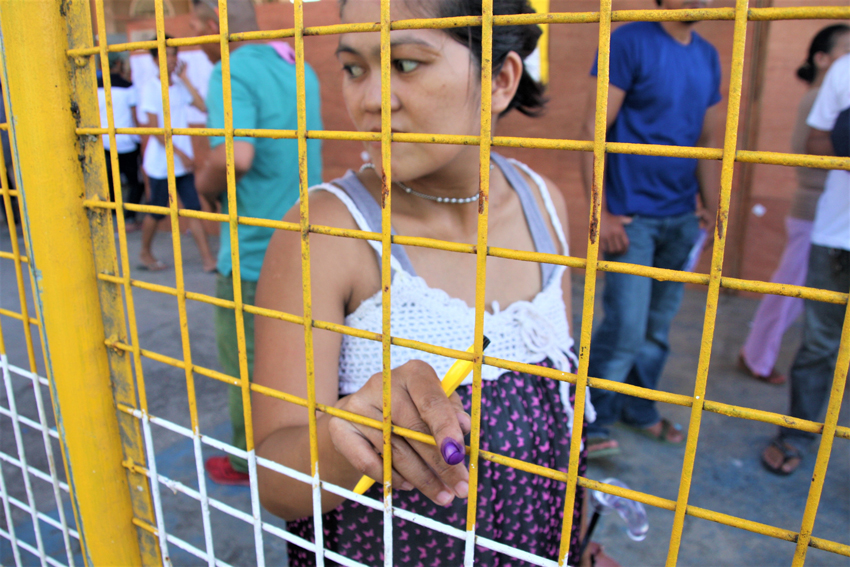 A woman showed her inked-stained finger after voting for leaders of Barangay 23-C. She just gave birth three days ago but managed to exercise her right to vote in Monday’s barangay and SK elections. (Kath M. Cortez/davaotoday.com) 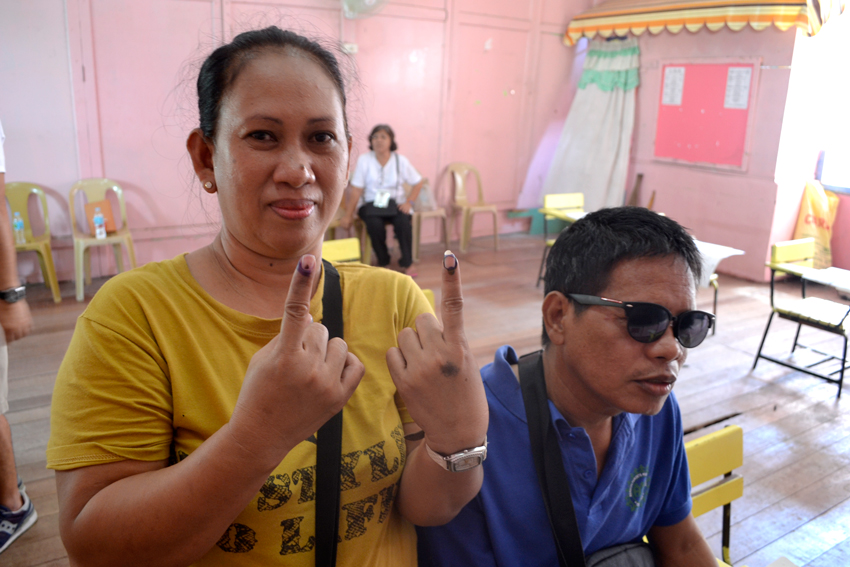 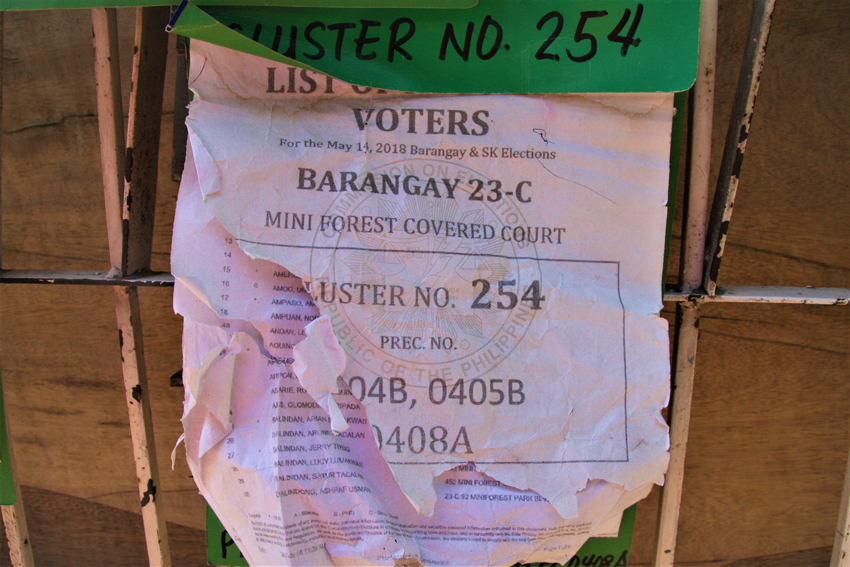 A list of eligible voters was crumpled after people had checked their names in one of the polling precincts in Barangay 23-C. (Kath M. Cortez/davaotoday.com) 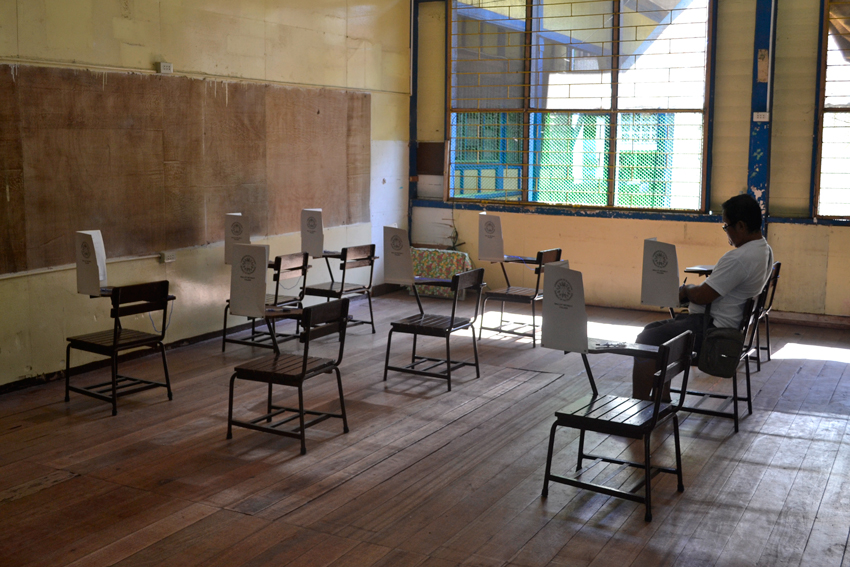 One of the election tellers reads the listed names on the official ballot during the tallying of votes in Barangay 23-C, Mini Forest, Quezon Boulevard. (Ma. Dyza B. Libong/davaotoday.com) 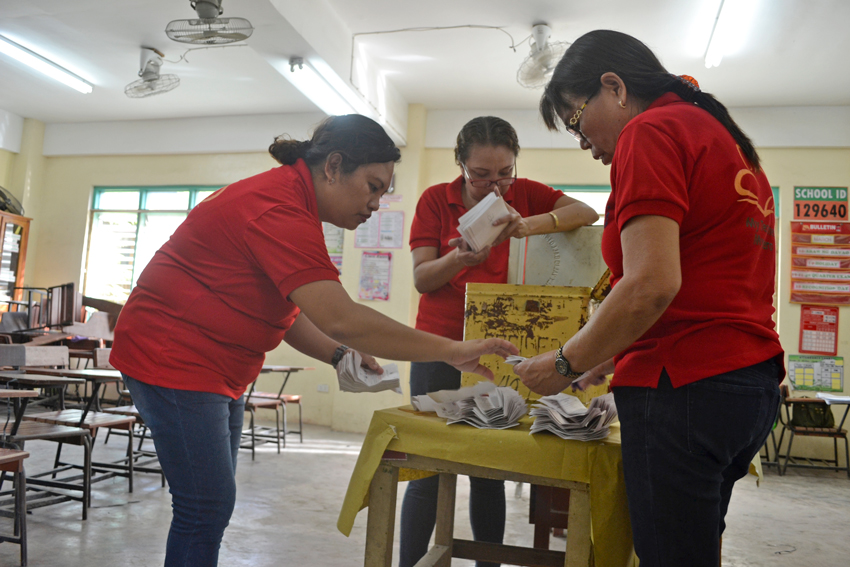 Teachers acting as board of election tellers sorted the ballots before counting. (Mara S. Genotiva/davaotoday.com) Teachers serving as electoral board members at the Brgy. 23-C, Mini Forest, Quezon Boulevard sorted and counted the offical ballots first before recording the votes. (Ma. Dyza B. Libong/davaotoday.com) Poll-watchers double checked the listed names on the ballot during the tallying of votes. (Ma. Dyza B. Libong/davaotoday.com) PROUD VOTER. Rosella Yupano, a resident of Barangay Talomo in Davao City, shows her ink-stained finger after casting her vote at Apolinario Mabini Elem. School on Monday’s (May 14, 2018) Barangay and Sangguniang Kabataan Elections. Yupano said she hopes for peace and development to prevail after the local elections. (Mara S. Genotiva/davaotoday.com)