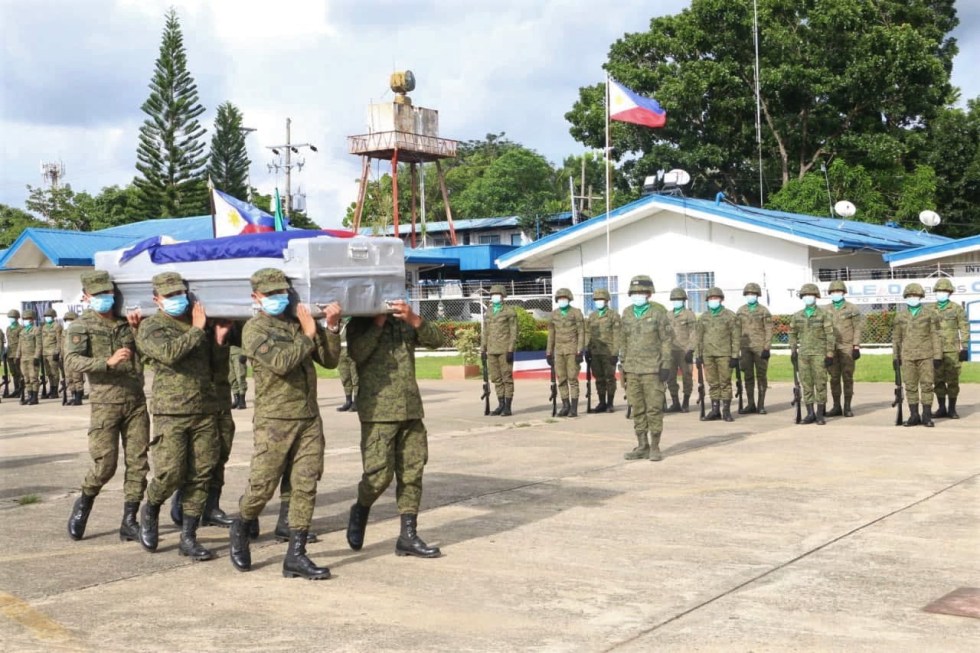 The 4ID said it provided honors to the Philippine Army personnel upon the arrival of their remains at the Phil. Air Force’s Tactical Operations Group-10 airfield in Barangay Lumbia here Friday morning.

The remains were brought to St. Ignatius de Loyola Chapel at the 4ID headquarters in Camp Evangelista, Barangay Patag for viewing.

A mass was offered to the dead and were accorded with full military honors afterward as a ceremonial sendoff to their respective residences.

The other army personnel who were identified by the Philippine National Police crime laboratory in region 9 and were released for transport to places of residence.

Meanwhile, Maj. Gen. Romeo Brawner Jr., 4ID commander, said that the four soldiers are in addition to the 15 Army personnel who were earlier brought to their respective residences within the 4ID area of responsibility and were already laid to rest at their respective hometowns, as follows:

The 4ID said the 38 army troopers and 12 Air Force personnel of the 96 total passengers who died from the C-130 plane crash in Patikul, Sulu were all identified and accounted for.

Brawner assured the families of those who perished in the crash that the 4ID will continuously extend needed assistance in processing their respective benefits and claims of the beneficiaries.

“We really thanked the families for their patience and understanding for this challenging process. We are sincerely grateful for the sacrifice and service of our fallen heroes. May their soul rest in peace,” Brawner said.

“The outpouring of support and the heartwarming messages from different stakeholders have sustained the high spirit of our troops. As we get past this tragic chapter of our organization, we assure everyone that we are more motivated committed in our quest for peace and development,” he added.