ILIGAN CITY, Philippines  — Australian reporter Adam Harvey is now out of harm’s way after a bullet of an M-16 rifle which hit him while covering the events in Marawi City has been taken out successfully.

Harvey was inside the compound of the provincial capitol, where most Filipino and foreign journalists were staying while covering in Marawi City, when he was hit by a stray bullet around 11am, Thursday. 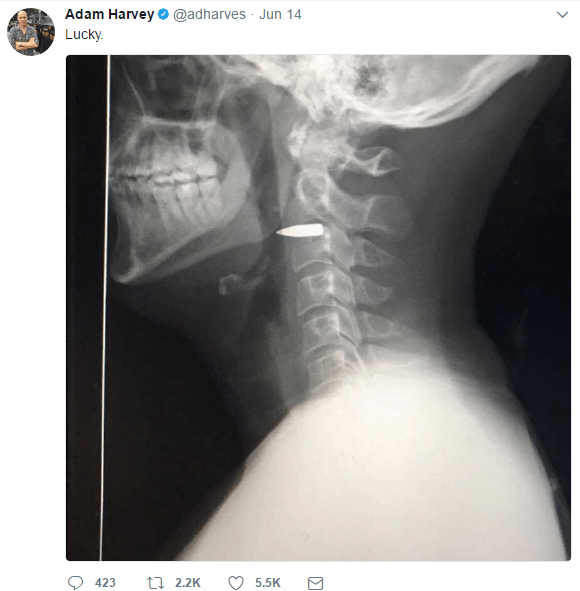 The Joint Coordination Monitoring Assistance Center of the Office of the Presidential Adviser on the Peace Process and the Moro Islamic Liberation Front is also located in front of the capitol building.

Harvey was inside the compound near the provincial health clinic when he was hit.

He was rushed to Amai Pakpak Medical Center. He flew out from Cagayan De Oro City’s Laguindingan Airport to Manila.

In his tweet on Friday morning, Harvey posted a photo of him with Filipino surgeon Emmanuel Ibay.

“What a legend – Dr Emmanuel Ibay – spent an hour teasing bullet from my neck. It stopped 1cm from the carotid artery. ‘Home run’ if it hit,” Harvey’s tweet reads. 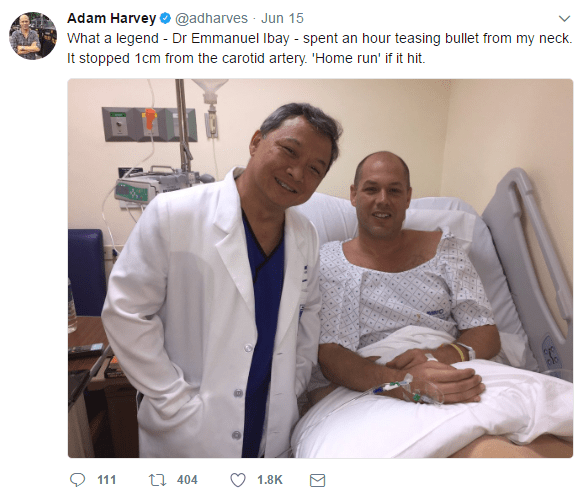 Members of the media who are still in Marawi City are allowed to come and go so long as they have secured a conduct pass.

The safe conduct pass is renewed after seven to 10
days, a mechanism that was put in place by authorities to
monitor who comes in and out of Marawi City.

After the incident, the military called for a meeting with the press on Thursday still inside the capitol.