ACT-Davao: Children should be in schools not in jail 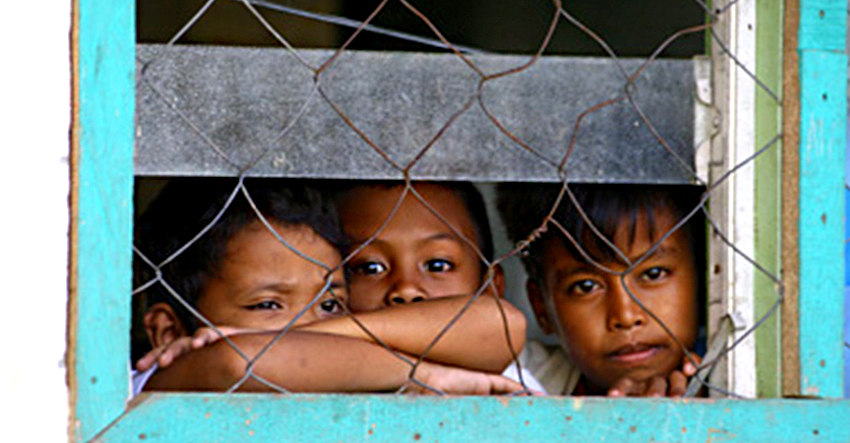 FILE PHOTO. Alliance of Concerned Teachers in Davao City urged the government to create laws that would help children to access education instead of lowering the age of criminal liability from 15 years old to 9.

DAVAO CITY, Philippines — A teachers’ group on Wednesday underscored the need to lift the lives of poor families where children caught violating the law instead of legislating a law that would push more children in committing crimes.

“It is our strong belief that the 9-year-old offenders cannot be considered criminals but actually victims of crimes in a socially unjust society and with family dysfunctionality a common phenomenon especially in urban settings,” Reynaldo Pardillo, Alliance Concerned Teachers-Davao City Division Chapter (ACT-DAVAO) President said in a statement.

Pardillo’s statement comes as the government’s bid to lower the age of criminal liability from 15 years old to 9 was criticized heavily.

The teachers’ group stressed that the government should work on improving the condition of the poor families for them to be able to take care of the children well.

“Some of these children are just victims of absentee if not irresponsible parents and/or guardians who are themselves also products and victims of a dysfunctional society which cannot give regular employment to millions of adults,” Pardillo said.

Pardillo then explained that high unemployment rate and increasing prices of basic commodities served as major factors why there are a lot of children dropping out of schools.

According to the 2017 Annual Poverty Indicators Survey of the Philippine Statistics Authority, there are around 3.6 million out of school children and youth (OSCY) aged 6 to 24 years old.

ACT’s statement is supported by the report of PNP’s Women and Children Protection Center saying that children in conflict with law (CICL) mostly come from poor and vulnerable communities.

In an interview from Rappler, Senior Superintendent Angela Rejano, chief of the Anti-Violence Against Women and Children division of the police’s Women and Children Protection Center said: “It’s rare that CICL comes from the upper class. They’re from poor families, the indigents who usually commit those crimes.”

Pardillo said lawmakers failed to look at the real situation on the ground and lowering the minimum age of criminal responsibility could only worsen societal problems in the country.

He challenged lawmakers in Congress to have a real immersion on the real situations of the juvenile offenders.”

“This proposal should be junked and addressing the economic and educational system should be prioritized,” Pardillo said. (davaotoday.com)