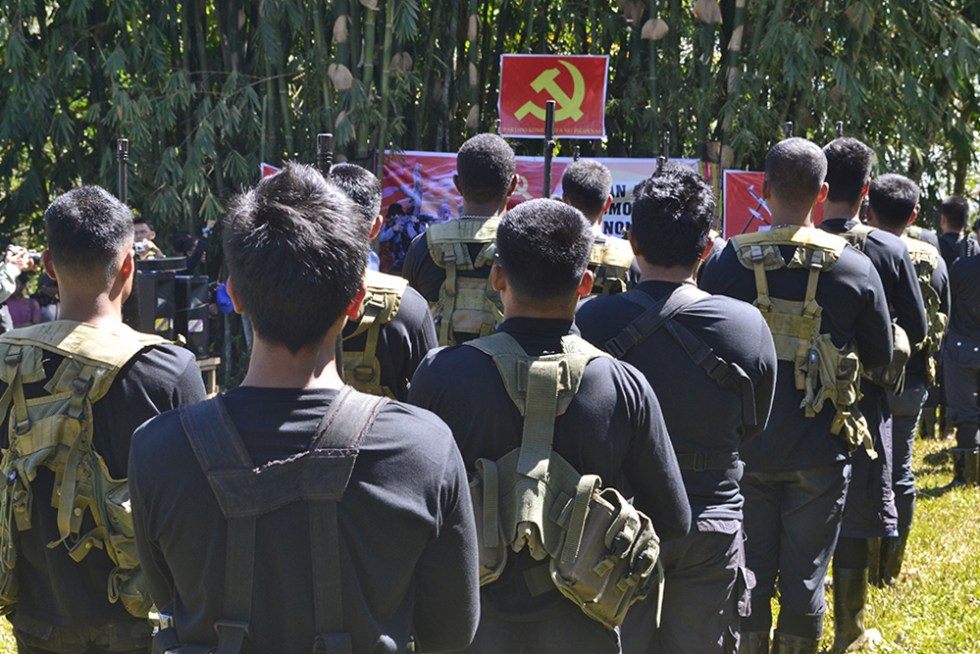 DAVAO CITY, Philippines – For the New People’s Army (NPA) in Southern Mindanao, the administration of President Rodrigo Duterte is already keen and ardent to extend the imposition of martial law (ML) in the whole island.

“What Duterte and his minions in the Armed Forces of the Philippines (AFP) and the Philippine National Police (PNP) are cooking up scenarios that create establish hysteria and justify ML’s extension,” said the NPA.

This is the impression and inkling now being floated and suggested by the Southern Mindanao Regional Operations Command (SMROC) of the NPA in a statement it issued on Tuesday.

Rigoberto Sanchez, the spokesperson of SMROC-NPA also took note that Duterte has been capitalizing on the fabricated stories being scattered by the AFP’s Eastern Mindanao Command and the PNP’s Regional Command in Davao Region in order to generate the state of panic among the residents in Davao City and the rest of southern Mindanao.

Such state of alarm and dread, Sanchez pointed out, will seal ML’s extension in Mindanao.

Worst, Sanchez added, the tall tales the AFP and PNP have been spreading will be used by Duterte to institutionalize a death squad already known as “anti-SPARU unit”, an armed and lethal group feared to legitimize the killings and silencing of the President’s critics, particularly the activists and those who will be perceived by the state as sympathizers of the revolutionary movement.

“As resistance to fascism and tyranny continues to grow, the Duterte regime is hell-bent in weaving fantastical tales meant to sow fear and exonerate the excesses of martial rule,” Sanchez said.

Among the lies the NPA spokesperson identified in the statement are the latest incident at the Victorio Beach Resort in Talomo, Davao City which the AFP and the PNP claimed to be a legitimate shootout following an operation to arrest NPA members claimed to be hiding in the area and the reported raid that took place last September 21 in Barangay Langub in Maa in the same city.

Sanchez claimed the reported raids and shootout by the police and the military were all orchestrated.

Duterte has openly considered the reported raids and engagements as the basis for the formation of a death squad that will counter the NPA’s SPARU units, he said.

“In truth, he (Duterte) wants to curry more favor from the AFP and PNP to allow him to stay in power by making sure that the latter’s profiteering ventures overflow with an augmented budget for intelligence and operation funds,” he added.

Sanchez said that in Davao City alone, the proposed local budget for 2019 is being prepped to increase by P1B, which will include an additional reserve to be corrupted by the AFP and the PNP.

Oplan Tokhang, martial law, and Oplan Kapayapaan, the fascist tyrant intends to fatten up his fascist thugs and further spread the culture of impunity in the regime’s armed forces,” he stressed.

The spread of lies by the AFP and the PNP is being done in various parts of Mindanao, Sanchez maintained, citing what he said was the fictitious engagements in the province of North Cotabato, particularly in Barangay Lanao Kuran in Arakan town last October 19 and the burning of a daycare center by soldiers and paramilitaries who masqueraded themselves as NPAs in Barangay Mahongcog, Magpet last November 15. (davaotoday.com)