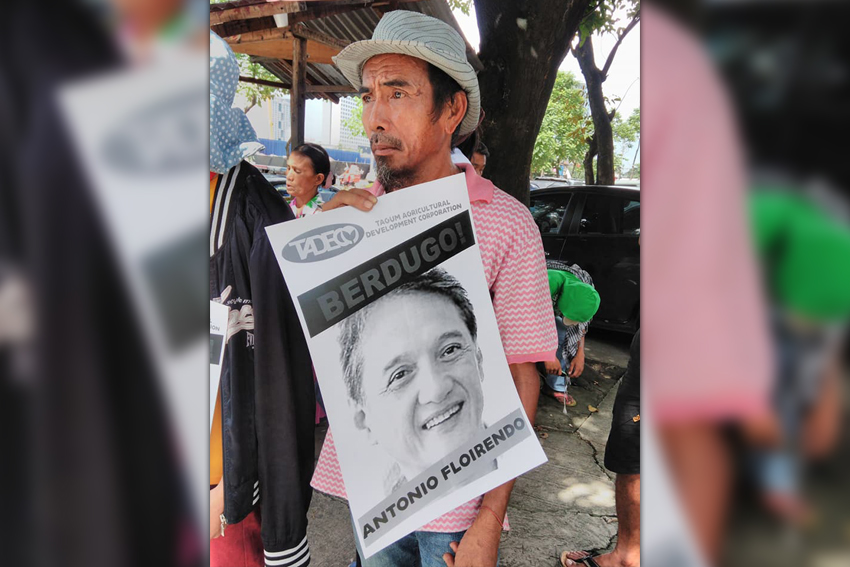 “This case against Floirendo must be fast-tracked. The least that the Ombudsman can do is to suspend Rep. Tony Boy Floirendo as Davao del Norte district representative,” said Pedro Arnado of Kilusang Magbubukid ng Pilipinas in Southern Mindanao Region.

In a statement Monday, November 6, Arnado said they fear that Floirendo would use his power and money to further exploit workers under the Tagum Agricultural Development Company (TADECO).

“Hundreds of ARBs want to reclaim their land bank from the Floirendos, the bigest oligarch-landlord-landgrabber in Davao del Norte,” said Huel Huyle, president of the ARB One Movement.

Huyle’s statement came as members of TADECO ARB cooperatives have camped-out at the Department of Agrarian Reform (DAR) since October 15 to demand the issuance of installation orders by the new DAR leadership under OIC Rosalina Bistoyong.
ARB One Movement further accused the Floirendos, ANFLOCOR and TADECO to have used dummy ARBs to ease out legitimate beneficiaries and re-concentrate more than 6,000 hectares of public and private lands under its control.

Earlier, the Ombudsman found probable cause on the case against Floirendo filed by House Speaker Pantaleon Alvarez.

It said that Floirendo committed graft for owning P7.5 million worth of shares in Tagum Agricultural Development Company, Inc. at the time the banana firm renewed its joint venture agreement (JVA) with the Bureau of Corrections (BuCor) in the lease of 5,308.36 hectares of land at the Davao Penal Colony. (davaotoday.com)