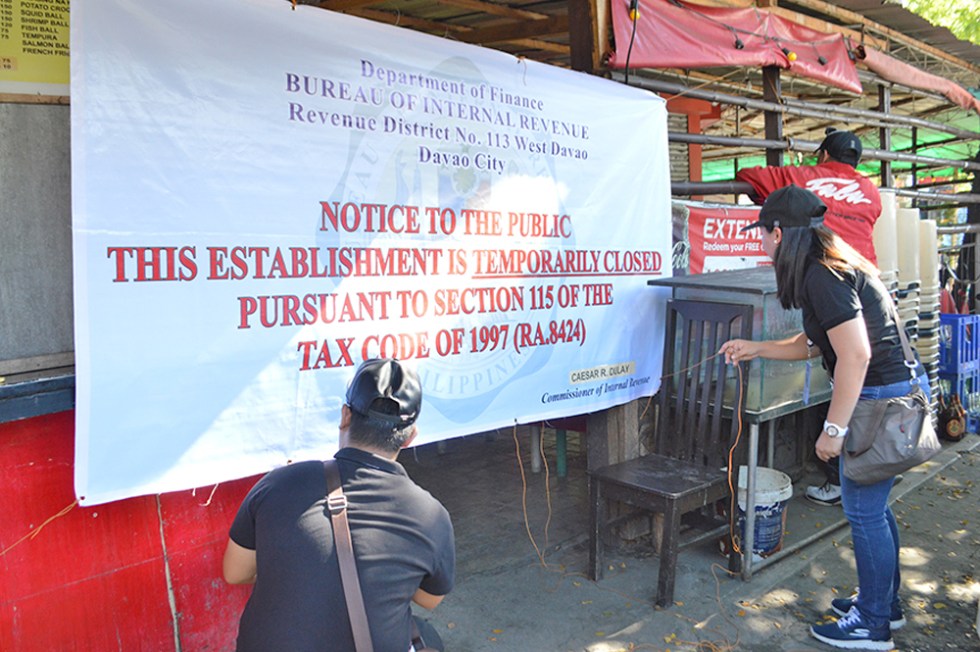 BIR 11 director Nuzar N. Balatero said more than 30 percent of the consolidated total of 2017 gross sales of branches in Artiaga Street, Duterte Street, Roxas Avenue and in Matina were not declared by the owner of the said restaurant.

“Based on our 10-day surveillance, we got their average daily sales and we computed and compared it to their VAT returns filed in the office and we discovered underdeclaration,” Balatero told reporters in an interview.

The office also discovered a total of P18 million that were ​underdeclared sales of the same food establishment in 2016, with roughly P2 million VAT liability, Balatero revealed.

He ​said that based on the BIR issuance, Tuna Express Kamayan Grills has to pay 110 percent basic tax worth P752,000 before they can reopen, while the total of 2016 figures are still under investigation.

“We will be monitoring their declaration subsequently since we have the data on their average daily sales so it should at least be closely similar and not with a big difference with their declaration,” he said.

In October, BIR 11 also closed three branches of a Chinese restaurant due to undeclared sale taxes. Balatero said these are part of the BIR’s flagship project Oplan Kandado which aims to enforce sanctions against non-compliant taxpayers in accordance with the Tax Code.

“These closures are already a warning to all taxpayers that the office is serious on implementing our tax laws,” Balatero said.

He urged taxpayers to accurately declare sales and taxes to avoid closure of business.