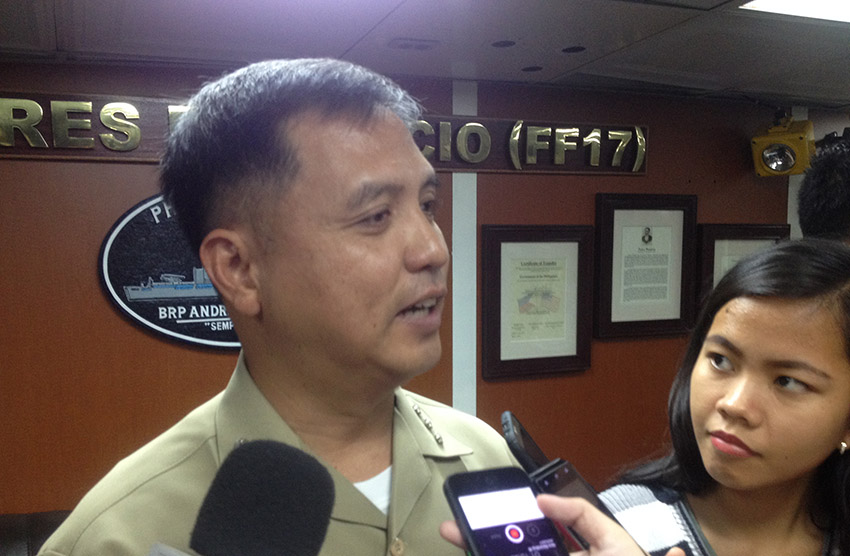 The ship took off from the Philippine Ports Authority in Davao City at exactly 11:30AM on Monday, Jan. 30 going to Iligan City before going back to Manila.

Capt. Brendo J. Casaclang, commanding officer said the ship arrived last Saturday, January 28 here in the city as part of their naval task group to train the crew on familiarization of ship procedure, armaments, orientation of the cadets who wanted to join the navy.

Casaclang confirmed that the ship will be for strategic deploy which means “it will be deployed anywhere in the country whenever or wherever it is needed in the Philippine territory.”

He said that the ship has the ability to conduct surface operations such as territorial defense, protecting exclusive economic zone, maritime interdiction, humanitarian assistance and disaster response.

The ship was transferred by the US to the Philippine government last July 21, 2016 and was brought in the country on Dec. 9.

Casaclang said prior to the donation, the ship was used for 48 years by US coast guards in Northern America.

“The proof of it being still sea-worthy is our smooth travel form America to the Philippines crossing the Pacific Ocean and haven’t encountered major derangement during that voyage,” he said.

He added that the ship is also capable for a possible war.

“As of now, it is still white because it was transferred here and will be painted gray soon,” he said.

Meanwhile, Casaclang said that there is nothing wrong on receiving a donated ship from US as there is a continuous modernization of the Philippine navy.

“We are thankful that we have this kind of ship in order to improve and enhance our capability, assets to perform our function to conduct territorial defense operations,” he said.

Asked if the country is capable of creating war ships, Casaclang said that there are a lot of ship-building facilities that can create war ships.

“Maybe in the future, we are looking forward to create our own ships,” he said.

Aside from BRP Andres Bonifacio, Philippine navy already acquired two other Hamilton class cutter which were the BRP Gregorio del Pilar (FF-15) and BRP Ramon Alcaraz (FF-16) also from US.

As of now, Casaclang shared that there are still two missile-armed frigates that will be brought here in the country and a brand new vessel that can accommodate a battalion-size which will arrived approximately at the end of 1st semester.

Casaclang said there are a total of 102 crew members on the ship excluding the 45 cadets of Philippine Military Academy who were assigned in the Philippine Navy.

“They have a continuous training since that is part of their mission in order to sustain the operational readiness of our ship,” he said.

The Philippine Navy now is in need of 1,000 navy personnel.