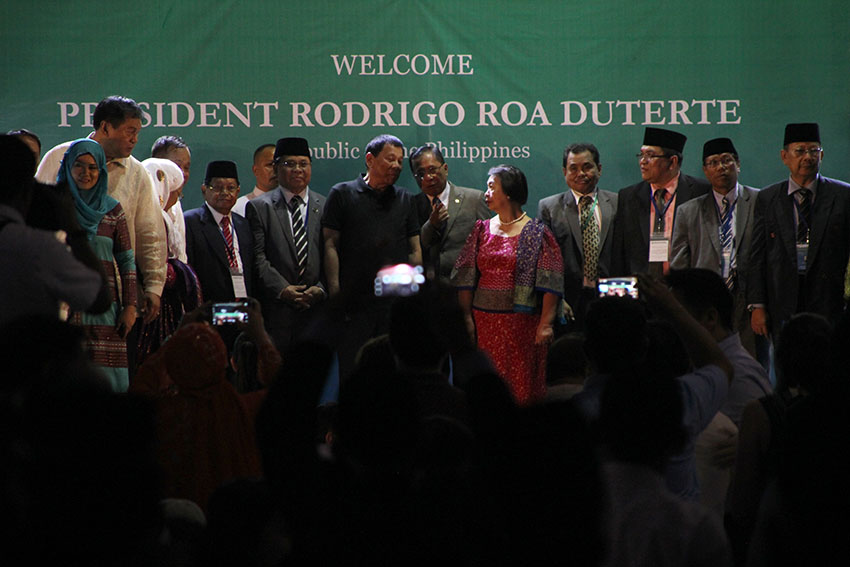 DAVAO CITY, Philippines – The Bangsamoro Transition Commission announced on Friday the completion of the new draft of the Bangsamoro Basic Law (BBL) that will be forwarded to the BTC Coordinating Committee for review and approval before its submission to the Office of the President.

The new draft was completed after almost three months of work by the 21 members of BTC committees on Fiscal Autonomy, Political Autonomy, Basic Rights, Transitory and Justice and Security.

Numerous substantial provisions in the previous BBL that were submitted to Congress as House Bill 4994 were also added to the new draft.

“Valuing the participation of the deciding public in the drafting of the law, BTC, on its last month of drafting, gave importance to ideas, suggestions, and submission of position papers from various sectors; including the youth, academe, religious and traditional leaders, non-Muslims, and from the ARMM government to foster an inclusive law and to ensure that the gains of the House Bill 9054 creating the current Autonomous Region are protected in the establishment of the Bangsamoro,” the BTC said in a statement on Friday, June 2.

The commission also gave assurance that most of the appeals of various sectors were adopted in the new draft.