Cases to be filed against officials accountable for deaths, injuries in Mall fire 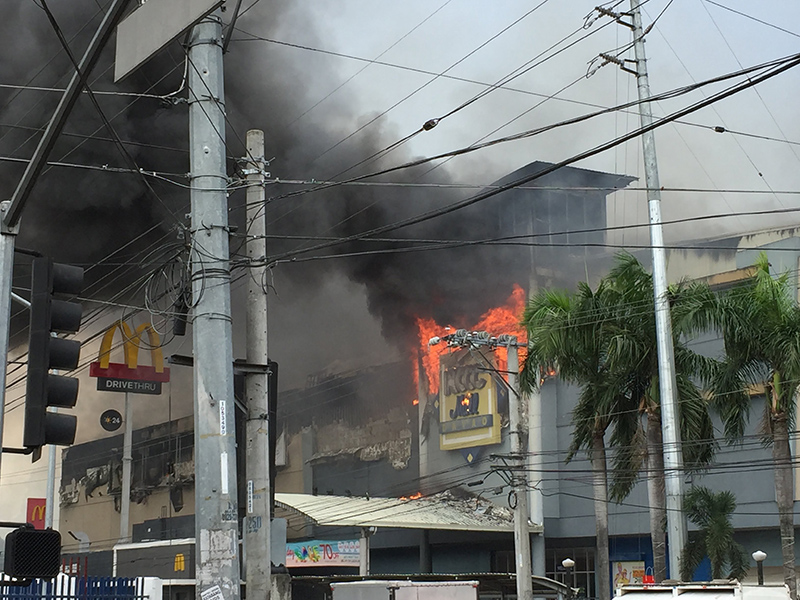 DAVAO CITY, Philippines — Four criminal charges have been filed by the Inter-agency Task Force on Thursday against thirty-three individuals for the December 23 NCCC Mall fire incident that killed 38.

In a press briefing, members of the Inter-Agency Task Force announced the filing of criminal charges to the City Prosecutors Office, resulting from the 60 days investigation.

F/Supt. Anthony F. Figurasin who is the head of the Inter-Agency Task Force and sole complainant of the case said that the result of the investigation proved that the fire alarm and warning system was not incorporated in the whole building, therefore, the SSI employees do not have any knowledge that a fire was happening in the 3rd floor of the NCCC building and the task force also found out that the water sprinkler was not working during the time of the fire.

Following the result of the investigation the Inter-agency Task Force filed a case of Reckless Imprudence Resulting to Multiple Homicide and Multiple Physical Injuries (Punishable under Article 365 of the Revised Penal Code) against NCCC Mall Officers and Employees namely; Helen A. Lim, Lafayette A. Lim, Ivy Michelle A. Lim, Sharlene Faye A. Lim, Ivan Spencer A. Lim and Ramon Del Castillo.

For Violation of Section (3) of Republic Act 3019 it is filed against PEZA- Mactan Economic Zone Officials namely; Sansaluna A. Pinagayao, Darlyn Nazareno and Nicasio G. Mamites and Davao City Officer of the Building Official Joaquin B. Cui Jr. who is also facing another case of Grave Misconduct in relation to violation committed under Section 3 (e) of the RA 3019 and Section 11 (2) of RA 9514, as well as Neglect of Duty under CSC Law and/or Ombudsman Act.

SFO1 Leo Lauson, SFO2 Joel Quismundo, Arvin Tero will also be facing charges in relation to the Violation of Paragraph 4, Art. 171 of the Revised Penal Code as amended for the Falsification by a public officer on a document by making untruthful statements in a narration of facts.

Atty. Robert Michael Razon of the Department of Justice said the City Prosecutors Office promised to conduct a 60-day preliminary investigation of the cases. The accused, he said, will be given 10 days to answer the complaint after the prosecutor has issued the subpoena.

“The prosecutor’s office promised to conduct the clarificatory investigation due to the number of cases filed and respondents. Alao, because of the complexity of the issues involved, they might be extending the period alloted for the respondents to 90 days, “Razon said.

The inter-agency does include the family as complainants said Razon but they are also open to assisting any family member who plans to file other civil charges against the accused individuals.

“The families will stand as witnesses to the case,” said Razon.

As of now, there are only three families who asked for the investigation result. Razon added that these families are planning to work out a case against the named individuals.

Rico Hababag who is the Secretary-General of BPO Industry Employees Network (BIEN Philippines) lauded the effort to file charges against thirty-three individuals.

“The fire incident that killed 33 lives is an eye-opener to the BPO industry. Therefore, authorities should always look at the safety of our Filipino workers” said Hababag. (davaotoday.com)