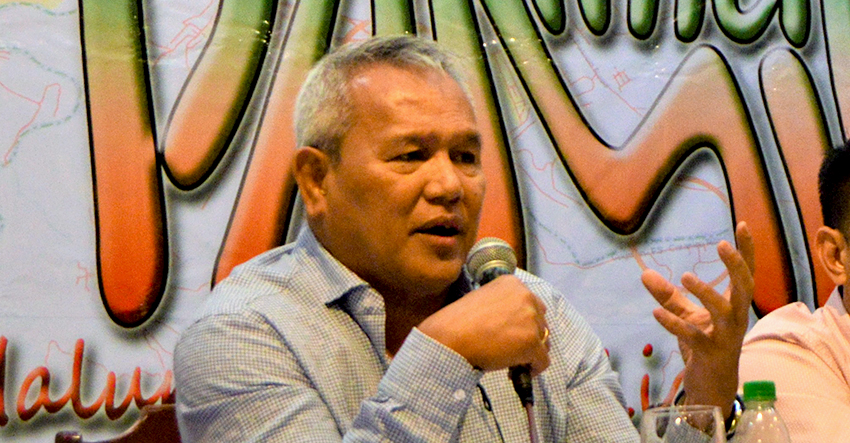 CAGAYAN DE ORO CITY, Philippines – One of Mayor Oscar Moreno’s political opponents has filed a disqualification petition against him before the Commission on Elections (Comelec), documents furnished to the media showed.

Basing his petition on a recent decision made by the Office of the Ombudsman against the mayor, former Barangay Taglimao chairman William Guialani asked the Comelec main office in Manila to disqualify Moreno.

The petition was received by the Comelec last January 15, 2019 and docketed by the poll body as SPA No. 19-005 for disqualification.

Guialani invoked Section 1, Rule 25 of Comelec Resolution No. 9523, which states that: “Any candidate who, in action or protest in which he is a party, is declared by final decision of a competent court, guilty of, or found by the Commission to be suffering from any disqualification provided by law of the Constitution.”

The complainant was referring to the decision of the Ombudsman on April 10, 2017, which ordered the removal of Moreno from office.

The Ombudsman’s ruling stemmed from a number of graft and other charges Moreno is facing, among them, when he was still the governor of Misamis Oriental over the lease of heavy equipment amounting to millions of pesos allegedly without undergoing a proper bidding process.

Guialani argued in his petition that “considering that the penalty of perpetual disqualification imposed upon respondent [Moreno] by the [Ombudsman] is immediately enforceable from the time the decision meting said penalty was rendered, and the said decision has never been restrained nor overturned by any competent court, the respondent is this disqualified to run for any elective office.”

The petitioner has also asked the Comelec to delete Moreno’s name from the official list of candidates for the May 2019 local and national elections, and should the petition is not decided before election day, to invalidate the votes he would have garnered.

In an interview, Moreno said the petition was just a “rehash” of the same complaint Guialani filed at the Comelec following the elections in 2016.

The mayor added the petition was an “act of desperation” concocted by the complainant and the people behind him.

Lawyer Ramil Acol, the city election officer, in an interview Wednesday afternoon, said the petition was filed at the Comelec central office as they don’t have a copy of it.

However, Acol said they received a notice from the Comelec in Manila addressed to Moreno inviting the local chief executive to a preliminary conference on Feb. 7.

He noted also that the notice was not attached with a copy of the petition, which Moreno’s legal counsel could have used to draw up the mayor’s reply.