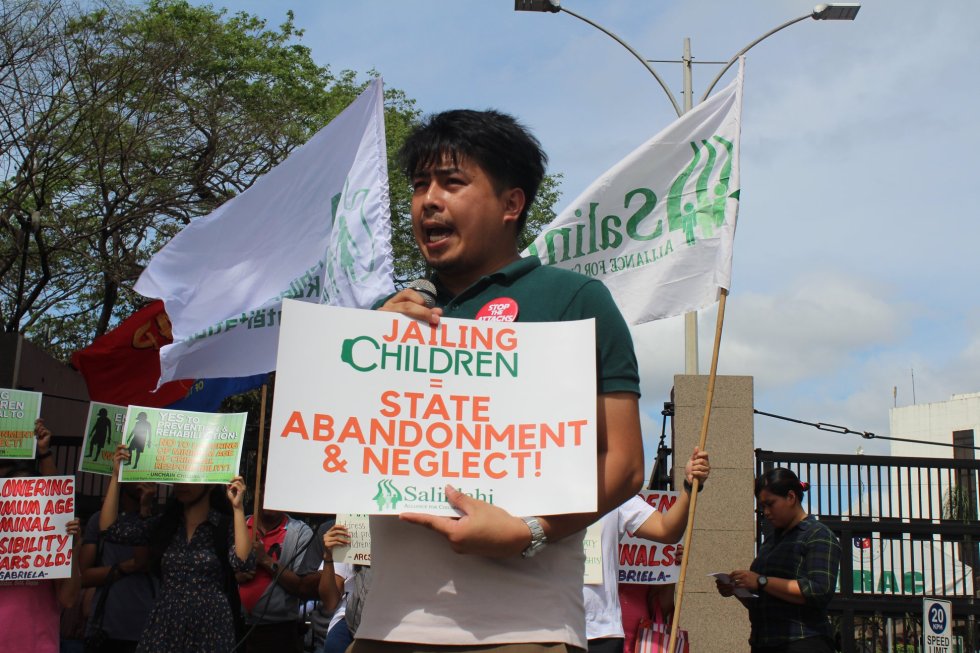 DAVAO CITY, Philippines – Child rights advocates hit Davao City Mayor Sara Duterte-Carpio for being “callous as his father is” with her statement on social media regarding children’s capability to commit crimes.

Salinlahi Alliance for Children’s Concern rebuked Duterte-Carpio saying that it is “ridiculous” for a government official to put all the blame on children.

Eule Rico Bonganay, secretary-general of Salinlahi said, “As much as we recognize that children breaking the law is a reality, we reiterate that children in conflict with the law are victims of poverty and state neglect of rehabilitative services that they (Duterte government) should have provided in the first place. It is ridiculous when a government official puts all the blame on children and echo a wrong and punitive solution to the problem.”

Despite the clamor of various groups and child rights advocates, the House of Representatives, on Monday, passed House Bill 8858 on third and final reading, setting the age of criminal responsibility to 12 years old, instead of 9 as earlier proposed.

Speaker Gloria Arroyo, who supported the bill, earlier said that the bill is in line with President Duterte’s legislative agenda.

Salinlahi explained that the government failed to provide child-friendly facilities and effective and appropriate intervention program for children who violated the law.

Meanwhile, Bonganay said: “It is with such hypocrisy that Mayor Sarah and his father opt to punish children while forgetting to punish drug lords and syndicates who are close to them and within their family.”

The group added that just like the government’s Oplan Tokhang, lowering the minimum age of criminal responsibility (MACR) targets the poor.

Salinlahi stands with its previous statement that lowering the age of criminal responsibility does not solve the problem among CICL.Instead, the group suggested “addressing the root and providing much needed and quality services to children should be the priority.”

“As a Mayor, Sara Duterte should know the law and their (LGU) responsibility to implement it. Making such statements would render her inutile of capacities to provide services for children involved in criminal activities,” Bonganay said. (davaotoday.com)