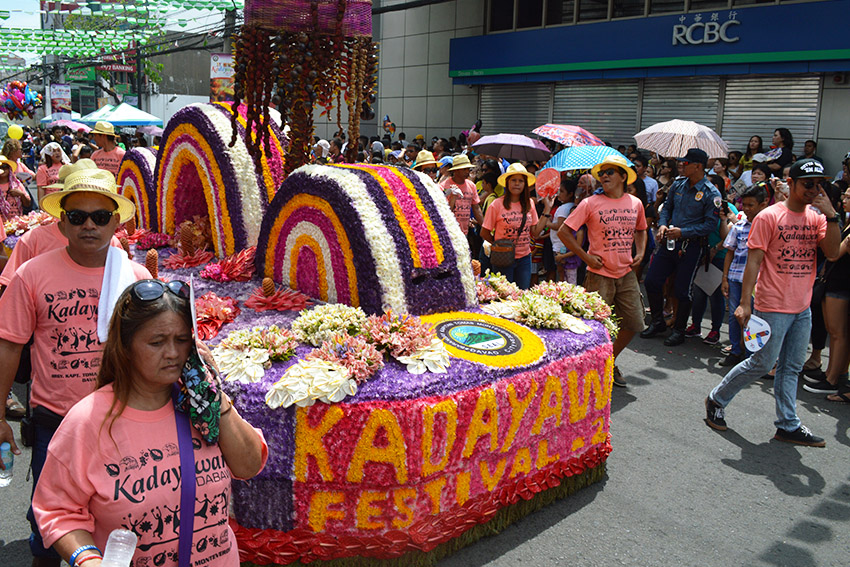 DAVAO CITY, Philippines – There will be no compromises to this year’s celebration of Kadayawan festival, a city official said.

Atty. Raul Nadela Jr., city mayor’s Office chief of staff, said in a press conference on Thursday, June 15, that “there will be tightened security but we will not compromise the essence of festivities. We promise that people will still enjoy.”

Stricter security measures were imposed in the city since May 23, after Davao City Mayor Sara Duterte announced a ‘lockdown’ of the city following the attack of the Maute group in Marawi. Hours after Mayor Sara’s announcement, her father, President Rodrigo Duterte declared Martial law in the whole Mindanao.

The lockdown, however, eventually shifted to a “hold and secure” protocol after guidelines were issued by the city government for the public to follow.

“The Kadayawan preparations are on-going already. In fact, there were already two meetings with the entire executive committee and a lot of sub-committee meetings, and we intend to have everything in place by next week,” Nadela said.

The Kadayawan festival is a week-long celebration held every third week of August as a way of giving thanks for nature’s bountiful harvest particularly Davao’s famous durian fruit and the rare waling-waling orchids.

“The security plan is not yet finalized since the Kadayawan executive committee has yet to come up with the final list of schedule of activities and venues. The security group will then come up with a plan which will be finalized though they already have initial plans,” Nadela said.

He stressed that Mayor Duterte wants the people to feel the Kadayawan vibe as early as July 1.

“The mayor wants the people to start feeling the Kadayawan by July 1. I think we will already start putting out banners by then,” he said. Nadela added that the planned early promotion is also a way to attract more tourists in the city.

In the first three days of the declaration of Martial law, City Tourism Operations Officer, Gene Rose Tecson reported that the tourism sector has recorded about P20 million revenue loss. Tecson said that they remain positive despite the loss because they believe that it was just an immediate “reaction to the declaration”.

Tecson also called out to the Dabawenyos to help the tourism sector in the city by spreading positive news to promote Davao.

“Rest assured that it will be a peaceful, meaningful, and safe Kadayawan. And at the same time fun-filled and enjoyable,” Nadela said.(davaotoday.com)