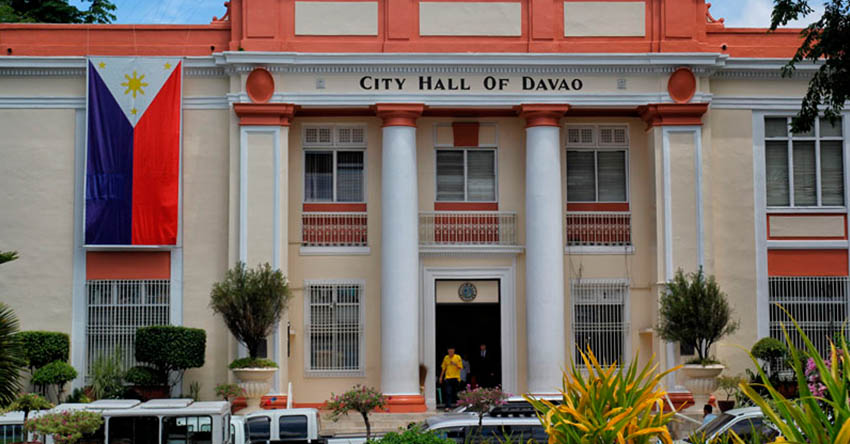 DAVAO CITY, Philippines — The Commission on Audit (COA) has flagged the Davao City government’s millions worth of unrecognized infrastructure assets, other questionable records and transactions, and zero utilization rate of particular funds.

In its 2017 annual audit report, the COA said there is non-recognition in the books of accounts infrastructure assets worth P869 million to meet the 50 percent recognition as of December 31, 2017, which is required under prescribed accounting guidelines.

The report said non-existing inventory items worth P129,713,589.78 have also not yet been dropped from the city government of Davao books of accounts due to lack of supporting documents and/or incomplete physical inventory count.

It noted that balances of inventory accounts of P486,339,408.95 as of December 31, 2017 are “of doubtful validity” since non-existing items worth were still carried in the books of Davao government due to lack of support documents like the summary of supplies and materials issued, authority to drop from the books and incomplete physical count of inventory items.

COA also bared that procurement of drugs and medicines amounting to P476,102.05 was not supported with appropriate documentary requirements, contrary to RA 9184 and COA Circular 2012-001 dated June 14, 2012, thereby “casting doubt on the validity of the transactions.”

COA said all of these were paid even if without complete supporting documents, thereby casting doubt on the authenticity of transactions, contrary to Section 4.6 of PD 1445.

COA said several projects for 2017 amounting to P64,650,000.00 funded under the 20 percent Development Fund (DF), showed zero utilization rate and were reported back by the City Engineer’s Office to City Planning and Development Office due to various implementation issues, making such Funds not optimally utilized, contrary to DILG JMC No. 2017-01.

“We recommended that the City Planning and Development Coordinator, together with the Local Development Council, coordinate, monitor and evaluate the implementation of the different development projects of the City to ensure that the resources are managed in the most effective and efficient manner to meet the needs of its constituents,” it added.

For her part, Davao City Mayor Sara Duterte-Carpio clarified that all the required documentation, information and/or comments or explanations were submitted on time to the COA and all these matters were “duly rectified and resolved.”

“It is noteworthy that there were no misuse or loss of public funds. As can be observed, no notice of suspension or disallowance was issued in relation to these COA AOMs (Audit Observation Memorandum) because we put a high value on transparency,” Duterte said.

Missteps, especially on erroneous or missing documents were “immediately corrected to avoid doubt on the transactions,” according to the Davao mayor.

“We are happy with the COA reports because it helps us improve our system in transactions,” she said. (davaotoday.com)