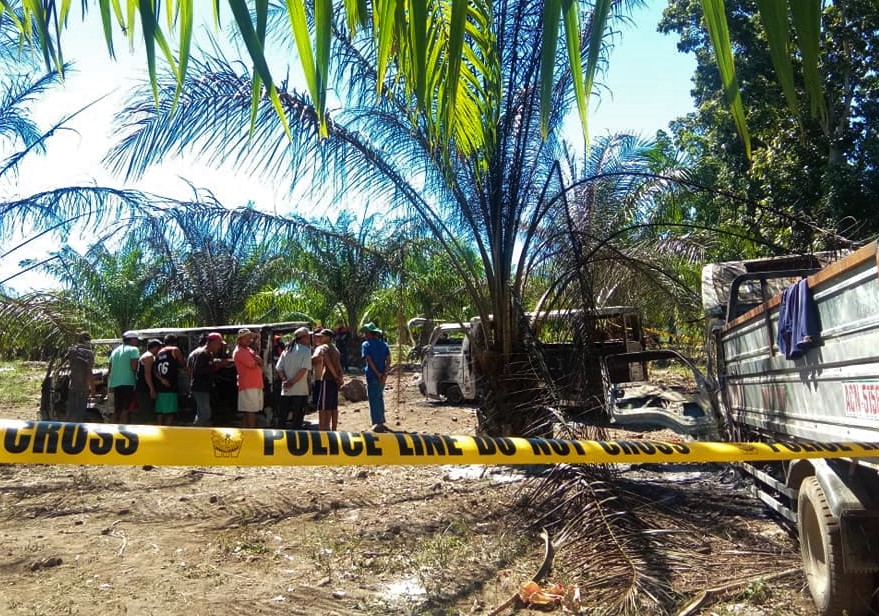 CAGAYAN DE ORO CITY, Philippines – Law enforcers and military forces foiled an attack carried out by a group of armed individuals believed to be members of the Communist fighters in a Bukidnon town Tuesday night, the police regional office said Wednesday.

Col. Surki Sereñas, the Phil. National Police-10 (PNP-10) spokesperson, said the Manolo Fortich municipal police the station was tipped off by a concerned citizen that the New People’s Army (NPA) was about to stage an offensive in Sitio Aurora, Barangay Santo Niño.

“The information was received at around 11:00 o’clock in the evening and joint PNP and [Armed Forces of the Philippines troops immediately responded,” Sereñas said.

Sereñas said there were about a hundred attackers who stormed the Cafgu detachment.

He said responders did not catch the retreating guerrilla fighters but the NPA members burned down several vehicles, including an Isuzu Elf truck, a Toyota Hilux pick-up truck, two motorcycles, a tricab.

Sereñas said investigators looked at several angles as to why the vehicles were burned.

He said it’s either the vehicles belonged to the NPAs and they intentionally set them on fire as they made their retreat or they were owned by the palm oil plantation farmers where the encounter took place.

“If the vehicles are owned by the farmers, it’s possible that they are also the target of the attack,” Sereñas said.

He said the municipal police are still investigating and are tracing the registration records of the burned vehicles.

Police disclosed that the heavily armed NPA members are planning to harass private farms and vulnerable government installations in the area in connection with their extortion activity.

“It’s a scare and extort tactic,” he said, adding that responding police officers and soldiers declared the area as cleared a few hours after the attack occurred. (davaotoday.com)