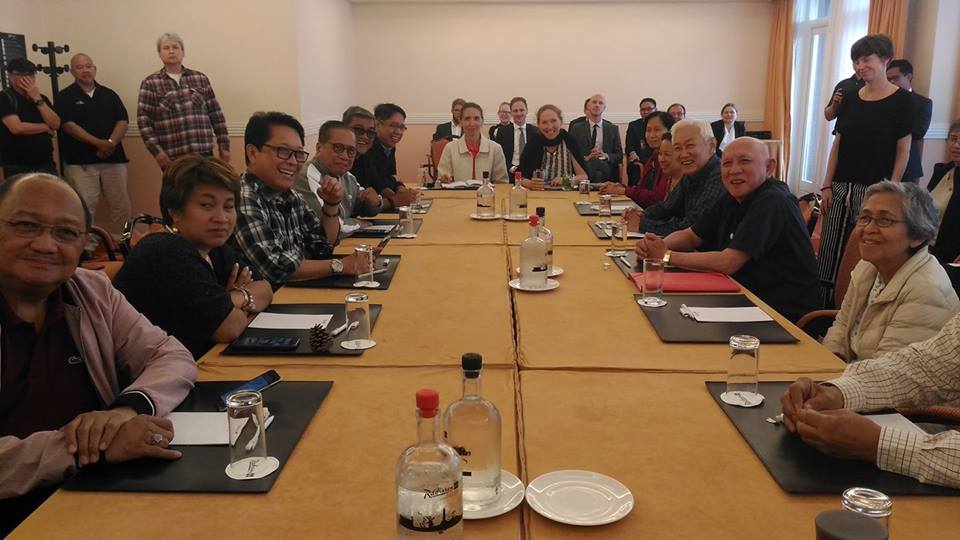 DAVAO CITY, Philippines – Presidential daughter and Davao City Mayor Sara Duterte-Carpio asked her father, President Rodrigo Duterte, to reconsider his decision to resume the peace negotiations between the government and the National Democratic Front of the Philippines (NDFP).

In a statement on Friday, Mayor Sara said that the Communist Party of the Philippines and its armed-wing New People’s Army (CPP-NPA) had no intention for a “peaceful resolution of the conflict.”

“While I trust the wisdom of the President and his intention to end the insurgency problem peacefully, I believe pursuing peace talks with the NDFP-CPP-NPA is counterproductive and plainly useless,” said the Mayor.

This after Pres. Duterte reiterated his intention to reopen the peace talks if the communist rebels will agree to a ceasefire agreement first.

“There have to be a ceasefire. Not a single shot fired,” Duterte in a press briefing upon his arrival from Hong Kong at the Davao International Airport on Friday.

Mayor Sara maintained that the government should face the communist rebels militarily as they have been tagged as terror groups by the government last year.

“We maintain our position that we are not supposed to negotiate with terrorists, but deal with them the way we should — tough, strong, high intensity, and one that gathers all sectors to completely crush their influence in communities where they are present,” she added.

She also cited previous incidents of civilian casualties involving the NPA including the death of fisherman after he was hit by splinters of an explosive device planted by the NPA in Mandug, and a 4-month-old infant who died in an ambush by the NPA in Bukidnon last year.

The NPA has issued a statement regarding these incidents assuring it will indemnify the families of civilians who were affected in their armed offensives.

Meanwhile, peasant group Kilusang Magbubukid ng Pilipinas (KMP) decried the mayor’s approach to deal with the armed conflict in the country, saying it will only result to more human rights violations especially in peasant and indigenous people’s communities with the intensified military operations.

KMP Mindanao spokesperson Pedro Arnado said, “there are at least 70 recorded cases of extrajudicial killings in Southern Mindanao alone under the current administration. The Armed Forces of the Philippines is hell-bent in attacking civilian communities, progressive organizations and its leaders who expressed dissent against the government’s anti-people policies like Martial Law.”

“If that’s what she (Mayor Sara) wants,” he added, “peace is elusive as both panels would not meet to discuss the roots of the armed conflict such as landlessness and poverty which will be covered by the slated agenda – socioeconomic reforms. Clearly, this move, peddled by the military,is a sabotage to our efforts for genuine peace,” Arnado added.

Arnado said that the conditions given by the President like the ceasefire should be discussed by the peace panels of both parties, and “he should not impose these conditions to the NDFP.”

The peace negotiations between the government and the NDFP has been stalled since November last year after the President signed Proclamation No. 360 cancelling the participation of the government’s peace panel on the talks.

Prior to this, Mayor Sara formed the Davao City Local Peace Committee (DC-Peace) in a bid to conduct localized peace talks with the NPA operating in the city. She later cancelled the committee’s plans after the national government tagged the CPP, NPA and the NDF as terrorist organizations.

The CPP had rejected the offer for localized talks and maintained the the NPA is under its central leadership and supports the NDFP in representing the revolutionary forces to the peace negotiations.

Days before the government’s cancellation of talks in November, the bilateral teams of the government and the NDFP initialed draft documents on socio-economic reforms, including a program for genuine agrarian reform and national industrialization to address the roots of the armed conflict. (davaotoday.com)