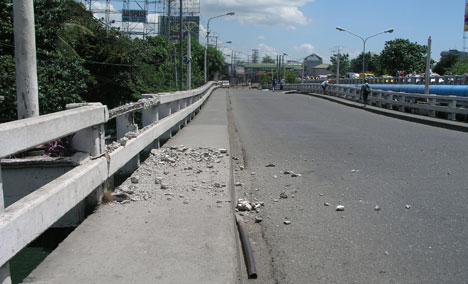 Falling Bridge. The Gov. Generoso Bridge near the Bankerohan Market has been showing signs of collapsing, with residents under it complaining that one of the bridge’s posts gave way Thursday monring. The debris shown in the picture is a result of the damage. The bridge is one of the oldest in the city. (davaotoday.com photo by Barry Ohaylan) 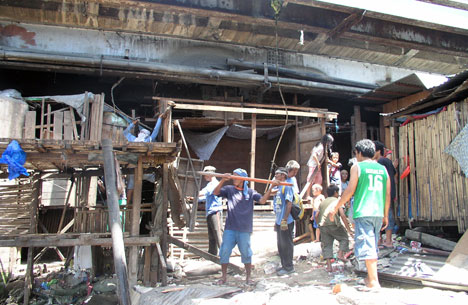 Out of Danger The shanties under the Gov. Generoso Bridge near the Bankerohan Market have been demolished while the city has ordered the bridge closed, causing monstrous traffic jams. (davaotoday.com photo by Barry Ohaylan)
comments powered by Disqus