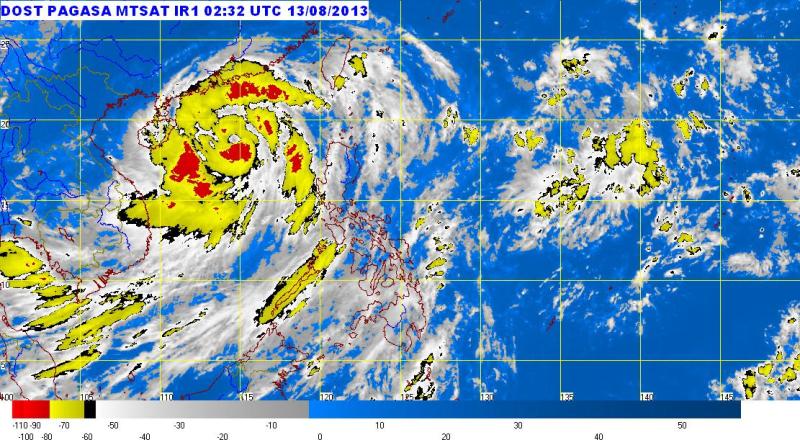 The rains came as Typhoon Labuyo (International name Utor) hit the northern part of Luzon and caused thunderstorms including Visayas and Mindanao.

The flood and rain resulted to many passengers especially employees, workers and students stranded until late night as few jeepneys and taxis plied their route due to the flood.

Yang Tumanda posted a call for help for stranded commuters on the Facebook page of the city government: “Please provide special public transportation to stranded passengers. There are swarms of people by Uyanguren,Matina, etc. It’s already 11pm and the waters have not receded. There are but a few jeepneys and taxis braving the roads for fear of stalling. Please provide assistance to commuters ASAP.”

Joemil Saloma Montebon advised drivers and people to be careful of open canals in Damosa Road: “Drivers careful along Damosa Road fronting Belisario Heights subdivision. Both sides of the road have open canals now overflowed with water. It’s now very dangerous both for vehicles and people just walking along the road.”

Jashriya Sema Dilangalen aired this complaint:”Year 2000 pa laging binbaha ang bajada area and torres sana magawan ng City Govt ng paraan ng di tayo matulad sa Manila, agapan habang maaga pa. (Since 2000, there’s been flood in Bajada and Torres. I hope the city government will finally do something so we won’t be like Manila. Something must be done.) ”

(We all know that it floods in Davao when it rains hard or it rains for a long time. We know that water will rise and cars will stall.  But in the taxicab I rode, there was water inside the car even if there was no flood in the streets. I wasriding with my feet raised up, and you literally feel the water sloshing at your feet.  Even then, thank you for the public transport providers who are not afraid of the flood outside and inside of their car.)