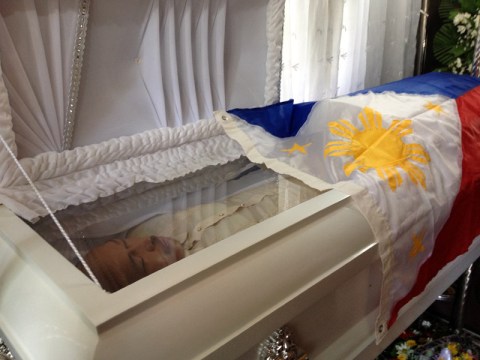 TAGUM CITY—Alarmed by the spate of killings in this city, Tagum City Mayor Allan Rellon yesterday put up a P100,000 bounty for the arrest of the killers of radio broadcaster Rogelio “Tata” Butalid, the latest to be felled by assassins’ bullets.

Rellon also ordered the creation of a special task group to expedite the investigation and resolve the killing of Butalid.

The reward money would also be given to those who could provide information leading to the identification and arrest of the suspects who gunned down Butalid which will eventually lead to possible arrest.

Butalid, 44, was shot dead by motorcycle-riding men on Wednesday morning after his radio program with station 107.9 Radyo Natin FM.

“I directed Police Superintendent Solomon A. De Castilla to create Task Group Butalid to identify and apprehend the killers. I am willing to finance it and I will not stop unless and until the perpetrators are identified and put behind bars,” Rellon told Davao Today, in an interview yesterday.

On Tuesday, initial police investigation said Butalid was about to ride on his red Honda Wave motorcycle after his morning program when two unidentified men aboard an unmarked blue XRM motorcycle pulled alongside him.

The rider shot him several times hitting him in different parts of his body and he died instantly.

Butalid had discussed on his radio program the management conflict inside the Davao del Norte Electric Cooperative (Daneco).

Tagum’s Scene of the Crime Operatives (SOCO) recovered from the crime scene at corner Sobrecarey and Roxas streets in this city, six empty cartridge cases and one slug believed to be from a caliber .45 pistol.

Witnesses told police that the triggerman was wearing a red bull cap and a brown jacket.  As of this posting, De Castilla said that an artist’s sketch was already produced based on the descriptions and accounts by the witnesses, adding that his team was waiting for the computerized composite sketch for a clear visual identification of the suspects.

But De Castilla said they were looking closely at Butalid’s discussion of the Daneco conflict, saying that his radio program “Ang Kamutuoran (The Truth)” was funded by Daneco –National Electrification Administration.

Butalid had been a broadcaster since college and had been employed as information personnel of DANECO-NEA since the rift with the other faction group Daneco-Cooperative Development Authoritiy erupted.

De Castilla told Davao Today that the recent issue aired in Butalid’s program was about Daneco-CDA’s “fake official receipt” which possibly angered or provoked his perpetrators.

He said Butalid had started receiving death threats after he continuously discussed the management row in Daneco. He said Butalid would receive the threats through text messages.

Teresita Butalid, school principal of Camiling Elementary School in Carmen, Davao del Norte, told this reporter that the untimely death of his husband came as a surprise on Wednesday morning.  She said that when the shooting incident happened she was attending a seminar held at Molave Hotel. 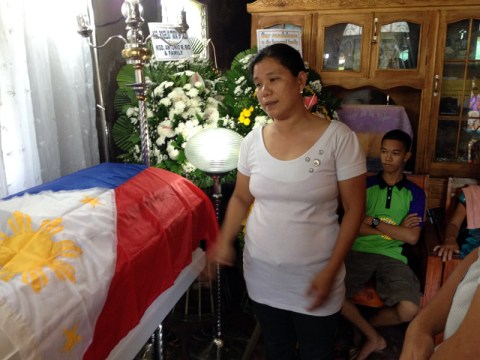 (I only found out when the crowd behind was noisy and the speaker stopped talking.  It was weird when all eyes were on us in our table. I even told my companions maybe we were disturbing others.  It was only when the supervisor told me that I found out what happened),”she narrated.

She added that she was aware of the death threats on his husband but they did not discuss it, saying that “dili gusto ni Tata na mabalaka ko personally apil ang mga bata (Tata didn’t want me or my kids to be worried).”

She recounted an incident last year that suspicious motorcycle-riding men were passing through in front of their house at Purok Cabasenas at Barangay Mankilam and men disguised as vendors selling assorted vegetables in the evening.

She believed though, that the killing was related to his job as broadcaster and as a barangay councilor.

a big loss
Tata, as he was called, was a college classmate of Mayor Rellon and a known close political ally who ran but lost as a city councilor in the May 2013 election under Rellon’s party. He was a barangay kagawad-elect in Barangay Mankilam. 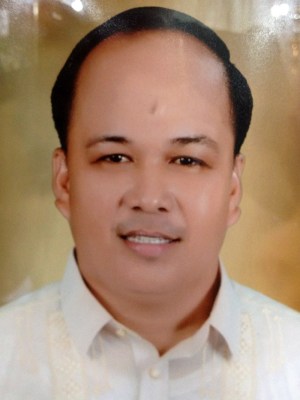 In a statement, the Daneco-NEA condemned the killing of Butalid.

“He is one of our best. He is a very articulate and principled man who is always cheerful amidst pressure. He is not just the loss of his family but also to the barangay folks and media industry. He is a big loss to us,” Daneco-NEA Information Dissemination Department Manager Diona Abaquita told Davao Today in an interview.

The media group has called on police authorities to exhaust all possible means to send the perpetrators behind bars and let justice be served to Butalid’s family. (Mart D. Sambalud, davaotoday.com)