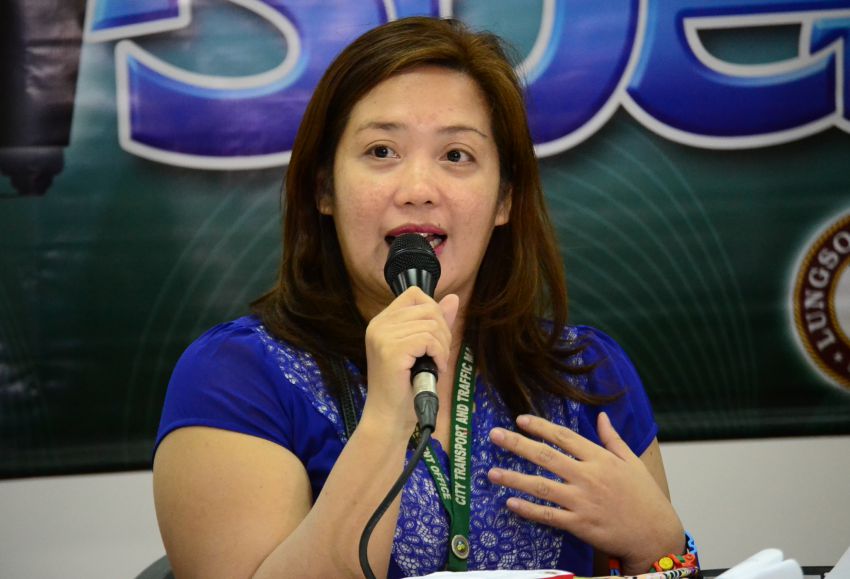 CTTMO Executive Service Officer, Charlotte Parba announces that students are not exempted on the Anti-jaywalking ordinance of the city, June 8, in a press conference held at the City Hall. (Robby Joy D. Salveron/davaotoday.com)

DAVAO CITY, Philippines – As the City Transport and Traffic Management Office (CTTMO) strengthens its implementation of the anti-jaywalking ordinance in the city, students are reminded that they are not exempted from the law, an official said.

CTTMO Executive Service Officer Charlotte Parba told reporters on Thursday, June 8, that students will be apprehended since the law is also made for their safety.

Classes in all public and private schools have started on June 5, Monday.

“We will apprehend students, they are not exempted. We believe that it is better to target them because the younger generation is better to mold into law abiding (citizen) following traffic rules and regulations,” she said.

Parba also explained that the term jaywalker is “tantamount to being an idiot or moron” adding that they don’t want students to be one.

“Afterall, the implementation of jaywalking is for their safety,” she said.

Parba, however, emphasized that pregnant women, senior citizens, persons with disabilities are given consideration for ‘humanitarian and safety purposes’.

She said they can ask assistance from traffic enforcers to aid them in crossing the streets.

Meanwhile, CTTMO Anti-Jaywalking Field Inspector Donald Estoquia reported that from December 2 last year up to May 31 this year, a total of 21, 335 violators have already been apprehended all over the city.

Estoquia said that common violators are students, workers and those that are not from Davao.

He added that they have been apprehending jaywalkers who are 16 years old and above be it a student or not.

“We will be giving them a slip and invite them to CTTMO to attend the orientation seminar regarding the ordinance,” he said.

As of the moment, while the citation ticket is still on process, those who will be apprehended will be obliged to attend the seminar.

CTTMO will also continue with their information dissemination.

Estoquia said they will be adding more enforcers to strengthen the anti-jaywalking campaign in the city.

Parba also said that roughly P9 million is allotted for the repainting of the pedestrian lanes while meetings are on-going to address the need to adjust the timing of traffic signals. (davaotoday.com)