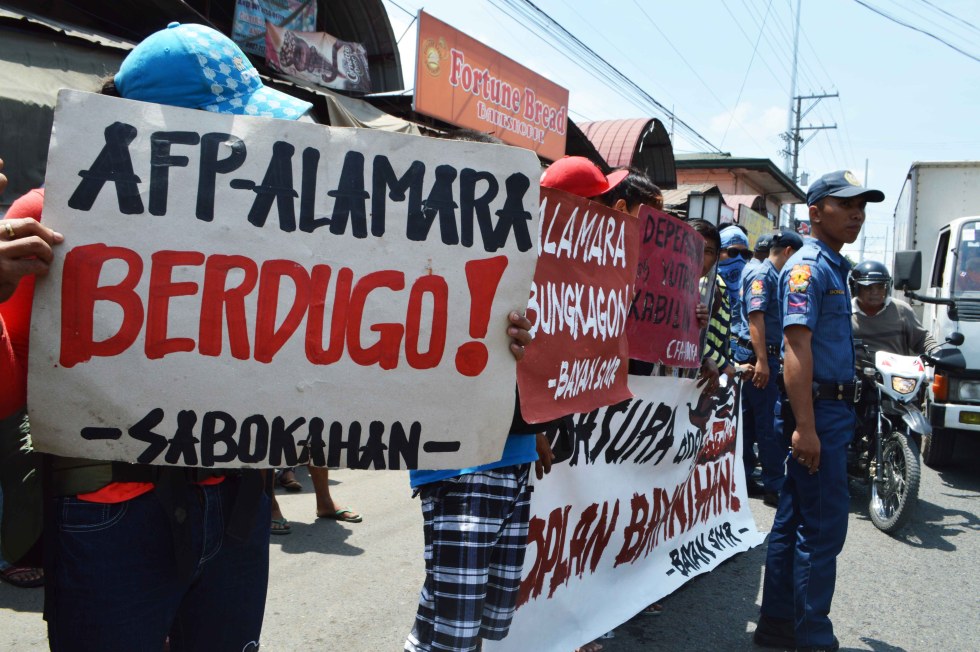 DAVAO CITY, Philippines – The city council here is bent on creating a local ordinance that would ban all forms of protests outside “Panacañang” or the so-called Malacaňang of the South.

This, following the request of the Presidential Security Group (PSG) which came in form of a letter read by Councilor Bernard Al-ag during the council’s session on Tuesday, November 21.

“It is incumbent on us to ensure that threats, hazards and security vulnerabilities are addressed since the President uses the place an official meeting place during Cabinet meetings and courtesy call of prominent personalities and foreign dignitaries while in Davao City,” said Al-ag, who was quoting the letter.

When in Davao City, the President holds office at “Panacañang”, a coined term for a building in Panacan, specifically found inside the equipment yard of the Department of Public Works and Highways (DPWH).

The PSG, according to Al-ag, also suggested that the ban would also include the areas along the road in front of the DPWH, stretching from crossing Panacan going to the bridge near Eastern Mindanao Command.

City Councilor Mabel Sunga Acosta, chairperson of the committee on public safety said the request is “deemed valid and urgent.”

Acosta, who was absent during the session due to an official business, pointed out in her letter that traffic caused by protests especially on major entry and exit points result to “the delay of the delivery of goods and services, compromise health, security and safety of the people and inconvenience to commuters.”

“The right of travel should also be respected when assemblies are carried out in the middle of the road it causes major disturbance for the commuters particular and the constituency in general,” Acosta added.

Instead of going to Panacan, Acosta stressed that those who wish to “peacefully express their grievances” may utilize the Davao Freedom Park along Roxas Avenue where no permit is required prior to the day of the protest. (davaotoday.com)