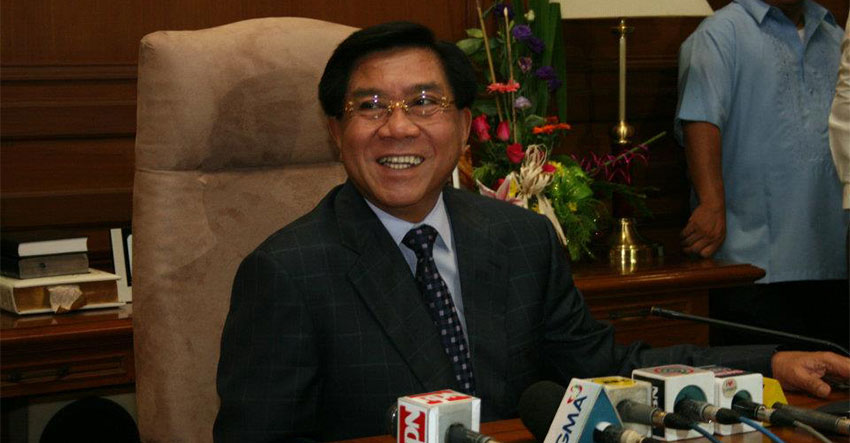 DAVAO CITY, Philippines — Members of the 18th Council of the Davao City lauded the life and contributions of the late House Speaker Prospero Nograles in public service.

Nograles died on May 4, 2019, due to respiratory failure, secondary to pneumonia at the age of 71.

During her privilege speech during the Council’s regular session on Tuesday, May 7, Councilor Pilar Braga asked members to recognize the exemplary contributions of the late Speaker Nograles who served his first term as a district-representative of Davao City in the year 1989 to 1992, in 1995 and for the consecutive terms from 2001 to 2010.

Part of her speech, Braga said the 18th council expressed its condolences to the family of the late Speaker Nograles who has two other politician sons, namely Karlo, a member of the presidential cabinet and Koko, a party-list representative.

“Nograles has really served Davao City and his constituents, and even the entire country when he was the Speaker of the House,” said Braga.

Councilor Rene Elias Lopez also made a proposal through a resolution to name a specific street in Davao City in honor of the late speaker’s contributions to the development of the city.

In an interview with the members of the media on Tuesday, Lopez made a proposal to name the Doña Vicenta Road going to Marfori Road, San Rafael Road, UDHA Road to end in the Maa area as Prospero Nograles Road.

“We will be everyday reminded that there is a person here who had a lot of sacrifices, who had projected himself and worked hard for the betterment of the lives of the Dabawenyos,” Lopez said.

Nograles became a top leader of the House of the Representatives in 2008 under the Arroyo administration.

The late house speaker has been the longtime rival of now President Rodrigo Duterte when they contested for the mayoralty position of the city thrice but lost.

In 2010, he also ran for the same position but lost to now incumbent Mayor Sara Duterte-Carpio.

The late Speaker Nograles ended his political rivalry with Duterte when he supported his candidacy as president in 2016 elections. (davaotoday.com)