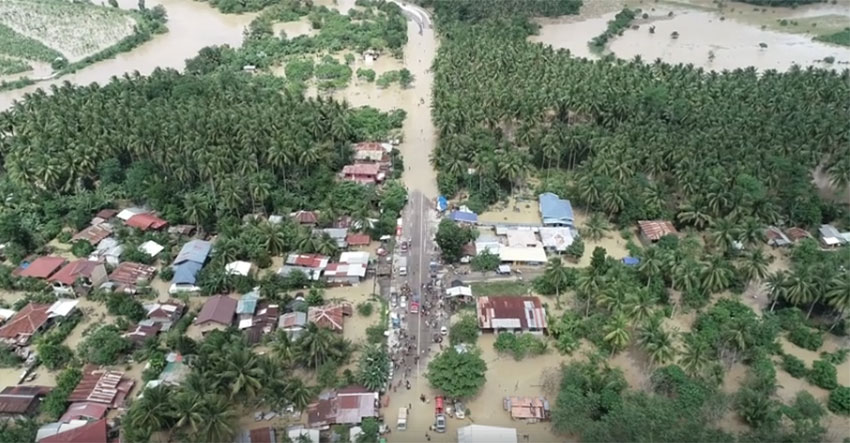 DAVAO CITY, Philippines — A total of P3.9-million pesos financial aid will be extended by the City Government to calamity-hit provinces in the Davao Region.

The Davao City Council has passed on Monday, Feb. 4 a resolution that authorized City Mayor Sara Duterte-Carpio to utilize a portion of the 30 percent Quick Response Fund (QRF) to be given to flood-stricken towns and city in Southern Mindanao region.

An amount of PHP300,000.00 each will be distributed to the municipalities of Manay, Boston, Cateel, Caraga, Baganga, and Tarragona in Davao Oriental and in the towns of Carmen, Sto. Tomas, Asuncion, Braulio E. Dujali, Kapalong, and the City of Tagum in Davao del Norte, and Bansalan that was also affected by flashflood and dry spell.

Councilor Danilo Dayanghirang, chairperson of the finance, appropriations, ways and means committee, said that the fund will be released immediately.

In a statement released on Thursday last week, Mayor Duterte-Carpio said that the city government has a big disaster quick response fund that can be shared to its neighboring local government units who are in need.

She added that the assistance could be used by the affected LGUs for the evacuees or for rehabilitation purposes.

Moderate to heavy rains were experienced in Davao Region during the latter part of January brought by the trough of low-pressure area (LPA).

Data from Office of the Civil Defense in Davao Region (OCD-11) provided by Information Officer Leslie Francisco indicated that as of February 1, a total of 14,517 families from Compostela Valley, Davao del Norte, Davao Oriental, and Davao City were displaced due to severe flooding and landslides.

Francisco added that total damage to agriculture stood at P204, 132, 087.70, while OCD is still validating the total loss in terms of infrastructure.