Davao City has biggest number of centenarians in R11 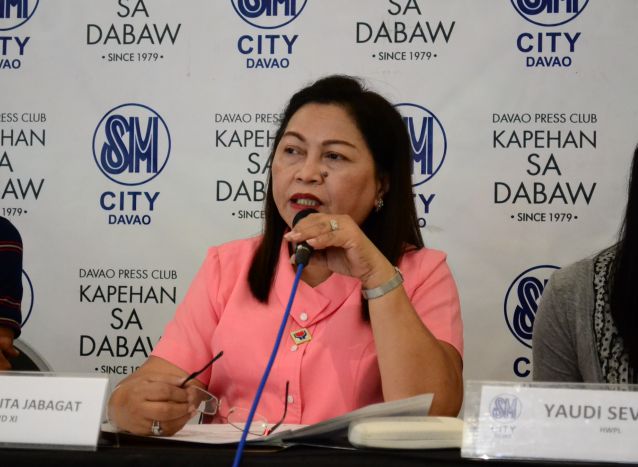 DAVAO CITY, Philippines – At least 20 centenarians here were given cash grant by the government as of Monday, May 20, a government official said.

In a press conference, DSWD XI Regional Director Mercedita Jabagat said they have started distributing P100,000 cash to centenarians in the city since Wednesday, last week.

She said that across the region, more than a hundred applied to receive the incentive, but only 52 were validated.

“In Region 11, we have more than 100 centenarians and we created a team to assess who should be prioritized. So they said the first who would complete the documents will be given first,” Jabagat said.

The latest centenarian who received cash was Lola “Dadang” (not her real name), 112.

Dadang went early Monday morning with her friend to claim the incentive at the department.

Jabagat said that they thought they she couldn’t go upstairs but she was still able to. She said the elderly revealed that her secret to long life is a “no meat and no softdrinks” diet .

“Instead of rice, she eats camote,” she said.

“We were amazed during the release because some of them are still very active but some are also bedridden. The first one we’ve released to last week cannot see and hear anymore and is on wheelchair,” Jabagat said.

The oldest centenarian in the region is aged 116.

Jabagat urged that it is their protocol to keep the name and other details of the centenarians confidential for security purposes.

Pursuant to Republic Act 10868 or the “Centenarians Act of 2016”, all Filipinos who reach the age of 100 and above shall be awarded.
(davaotoday.com)