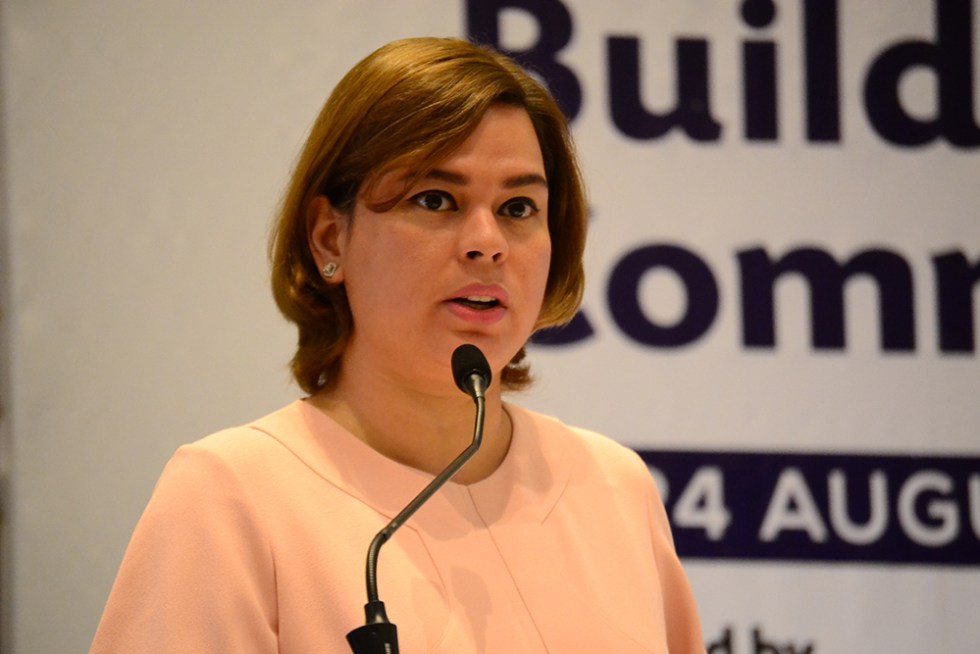 DAVAO CITY, Philippines – City Mayor Sara Duterte-Carpio announced on Wednesday, that there is no truth to allegation she is behind the text messages circulating about the barangay elections.

“There is no truth that I am behind circulating text messages that say barangay positions shall be filled in by officials appointed by President Rodrigo Duterte next month,” the Presidential daughter said in a press conference at the City Hall on Wednesday, September 20.

Duterte-Carpio stressed that she has received information that text messages are circulating in Bulacan.

She also emphasized that she is not connected with any group or individuals sending the messages.

“RA 10923 Postponement of Brgy and SK election on Oct 2017 and Holdover issue of incumvent brgy officials up to October 23 2017. House bill 5380 Repeals section 5 of RA 9164 as amended by RA 9340, RA 10923 section 5 upon the expiration of the original extension on the 4th Monday of October 2017 of all position of brgy Officials are deemed vacated (end of holdover or extension) by virtue of the expiration of their term, the president shall be given the power to appoint OIC brgy officials. To all vacated position and these (OIC) appointed officials. Shall continue to assume office until next election in 2018. Godbless SARA DU30.”

Duterte said the text messages are followed by fake solicitations in exchange for an appointment in a certain position.

“Do not believe those people who will be asking you money on my behalf in exchange for an appointment,” the mayor said.

She urged the public to be vigilant and report immediately any known information about these people to the authorities.

“Be wary of people or groups using my name in their schemes to defraud or scam the public,” she added.

On September 18, the City Information Office also issued an advisory against persons or groups claiming to be the mayor’s representatives in Cagayan de Oro City.(davaotoday.com)