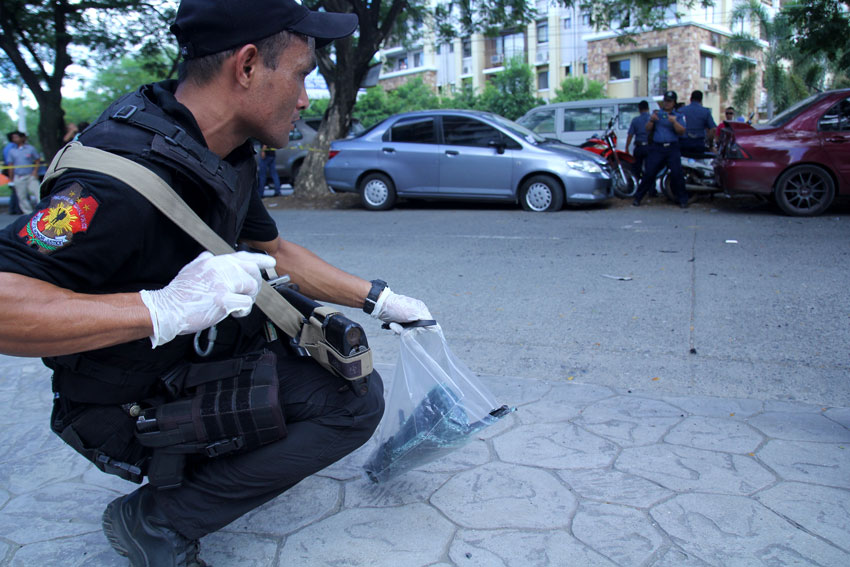 DAVAO CITY – The local police here is looking at the motive of extortion and personal grudge as possible angles on the bombing of a passenger van which injured one on Wednesday morning.

A bomb explosion inside a passenger van traveling from Pikit, North Cotabato to Davao City injured a passenger Wednesday morning in Ecoland. 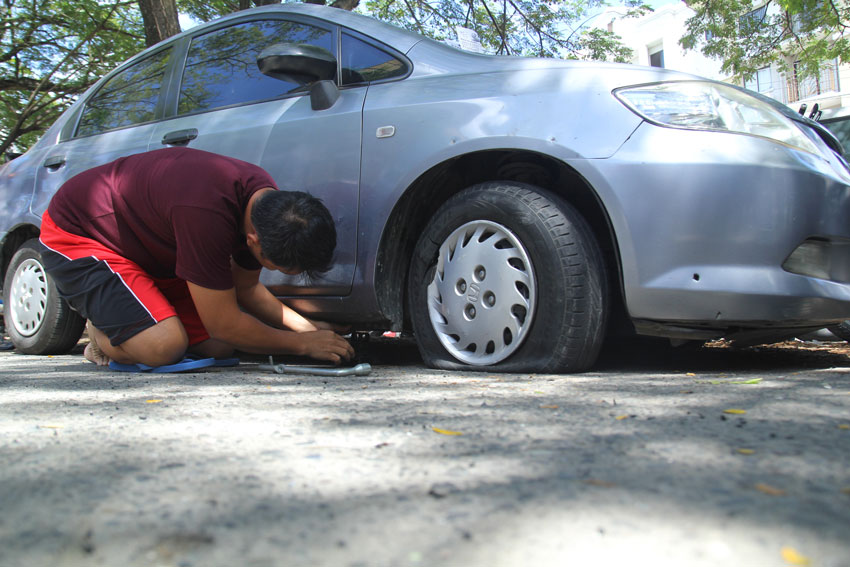 DAMAGED. A car-owner checks his car which was parked along Ecoland Drive where a passenger van exploded. (Ace R. Morandante/davaotoday.com)

The UV Express Services van driven by a certain German Daag has just dropped all of its passengers in Ecoland around 9:45 am when the incident happened. The van was traveling from Pikit, North Cotabato to Davao City.

The van has passed by a residential condominium in Ecoland at approximately 85 meters when the bomb exploded injuring the conductor, Tatat Basañez who was brought to Southern Philippines Medical Center.

Police Senior Inspector Milgrace Driz, DCPO spokesperson in a press conference said they have interviewed Daag and the owner of the van who both reported that some group in Pikit is extorting them.

“We interviewed the driver and the son of the owner of UV Express van. They said that a group from somewhere in Pikit is extorting them previously,” Driz said.

Meanwhile, she said that there is also a possibility of “personal grudge” as the city is now cleansing passenger terminals of illegal vans operating in the city.

Driz said that the bombing incident is considered as “lesson learned”.

Driz said the public should also be alert for something suspicious.

“Tayo mismo maging alerto tayo. Ang community maging aware kung ano yung dapat nating sundin, kung meron tayong mga nakikitang mga luggage or box or anything na suspected bomb threat (We should all be alert. The community should be aware on what the policies are. If we see some luggage or anything we suspect as bomb threat we should report it immediately),” said Driz.

Driz said they are now investigating the last passenger who embarked from the van and would possibly have a lead on the incident.

Driz said the driver reported that he dropped a passenger in front of a mall in Ecoland and dropped two other passengers in the terminal van. 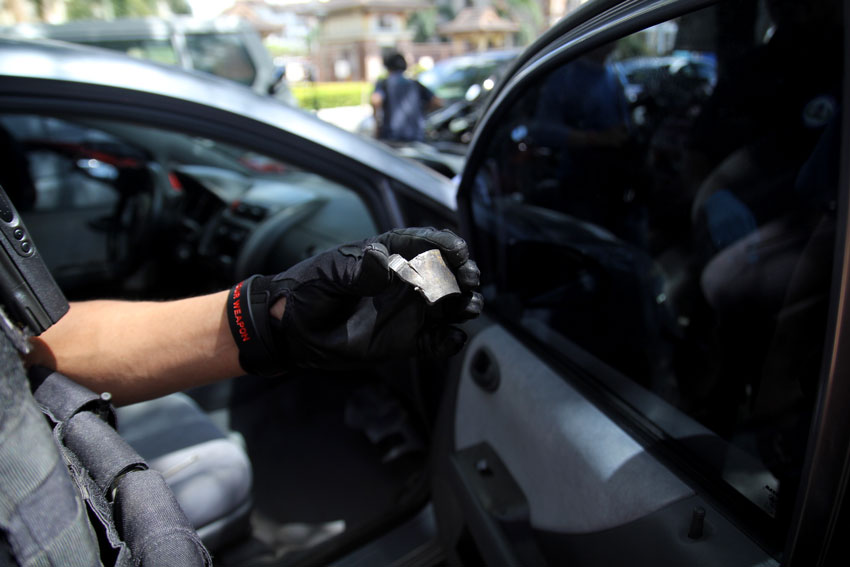 MORTAR FRAGMENTS? An officer of SWAT (Special Weapons Action Team) shows a fragment from a 90mm mortar that was stucked in a damaged car. The fragment was believed to be part of the improvised explosive device which was used to blast a passenger van in Davao City on Wednesday morning. (Ace R. Morandante/davaotoday.com)

Rivera said they will implement strict inspection of vehicles coming in and out of the city.