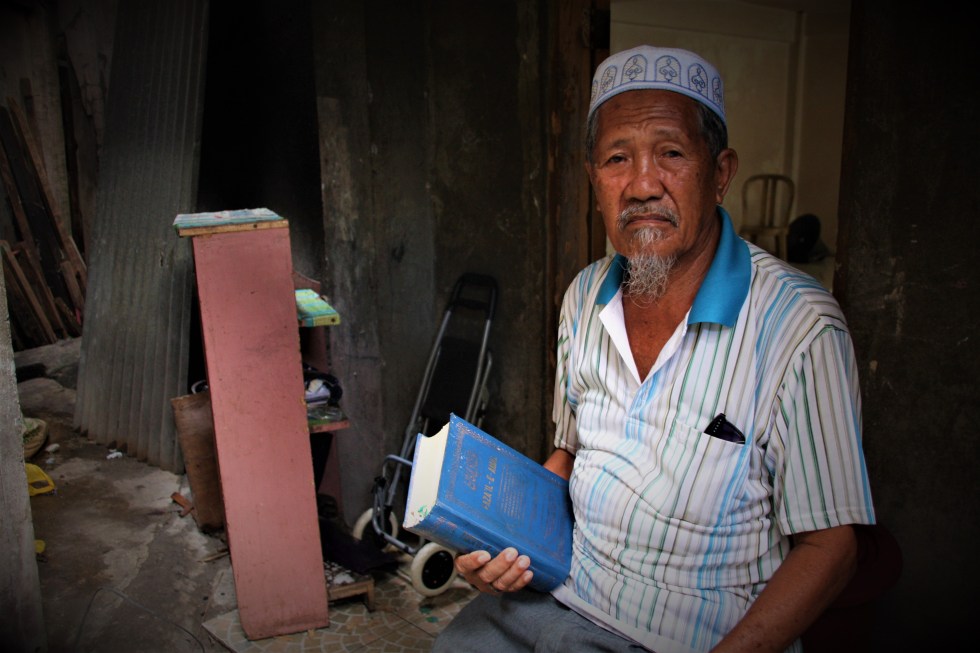 DAVAO CITY, Philippines — For sixty-five years the Masjid Assalam stood as the oldest existing mosque in Davao City until it was torn down on May 7 during the demolition in Salmonan.

It was in built in 1953 by several Meranaw families coming from the Lanao provinces who arrived in the present Barangay 26-C Salmonan when it was still a marshland area.

The mosque was a landmark of Meranaws who lived peacefully with their Islamic faith in Davao.

In the past months, the mosque became a center of the Meranaws’ resistance of a demolition order on Salmonan.

Last April 17, Meranaws barricaded the streets resisting the demolition team, as men went out across the mosque and performed their 3 o’clock afternoon prayer.

A huge banner with the writing “Oldest Mosque 1953” can be seen outside the mosque. It was a sign of faith and protection for the people.

But on May 7, no prayers and protest could stop the 1,500 police and military personnel armed with shields, sticks and firearms as they escorted the demolition team to destroy the houses, and the oldest mosque in Davao City.

Alim Abdul Basit Mashallah, Chief Imam for Davao’s Meranaw tribe was having his last As’r prayer inside the mosque even as debris and broken glasses were scattered on the floor.

When everyone in Salmonan rushed to bring their personal belongings out, Mashallah was found inside the mosque keeping his faith intact while the demolition team broke the concrete walls in those adjacent houses.

“It is my sign of respect to my religion and to Allah,” said Mashallah. “Though it is really heartbreaking to see our houses and this mosque ruined by the demolition team. I seek Allah’s help.”

Mashallah said the mosque “should not be a subject for demolition” as it is an identity of the Islamic faith among Moro people residing in Davao.

“It is once and should always be a venue of religious Meranaw and other Moro tribe to practice their Muslim faith” he explained.

“This is our spirit and soul, therefore, everyone should respect it,” Mashallah said.

Mashallah said the demolition made them feel what their “brothers” in Marawi felt when their homes were destroyed.

The forces were in position as early as four in the morning that blocked people from leaving their houses, said the residents.

“We felt like we are considered terrorist with the treatment we got. We understand that they need to carry out the demolition but the way they treat us is clearly unfair,” said Mashallah.

Mashallah is saddened that the mosque is being demolished days before the Holy Ramadan which is an important part of the Muslim tradition in renewing their faith to Islam and to Allah.

” I humbly ask Allah to protect us and guide us, as we are facing a great challenge today. May he give us the strength to continue living even though we are in deep pain”.(davaotoday.com)