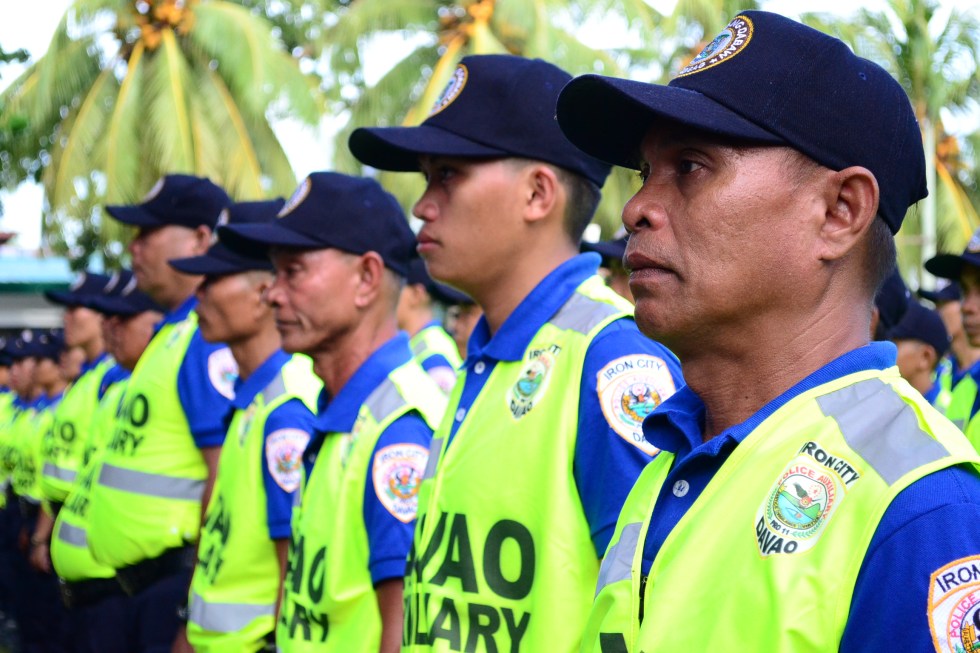 OPLAN IRON CITY. Volunteer Auxiliary Police Officers line up during their graduation ceremony at the Davao City Police Office grounds on Monday, May 22, 2017. Their graduation highlights the launching of Oplan Integrated Revitalized Operation of Neighborhood-Watch of the Mega City (IRON CITY) for a safer Davao City. (Robby Joy D. Salveron/davaotoday.com)

Dubbed as “Oplan Iron City” or the Oplan Integrated Revitalized Operation of Neighborhood-Watch for the Mega City (IRON City), an upgraded police integrated patrol system aimed at making this city safer through the active support of empowered volunteer police auxiliaries.

“Do not let abusive and lazy police officers in your area or station. There is no lazy and abusive police in Davao,” she said.

Duterte-Carpio also pointed out that they should never protect criminals.

She said that as long as they could protect themselves and protect their family, they should never support those who are against the law.

“How do we assure that this investment will not be put to waste? There should be returns. We should see that the incidents of crime have decreased,” Duterte-Carpio said.

The Presidential daughter also said that volunteers will be receiving honorarium coming from the city government.

Meanwhile, Acting City Director Police Senior Superintendent Alexander C. Tagum said that the marching order of the mayor in terms of results in crime rate is at least, for a month there is a decrease in crime volume.

“I warned my station commanders that every week we will conduct operational review. There, we will check if there are improvements weekly,” he said. (davaotoday.com)