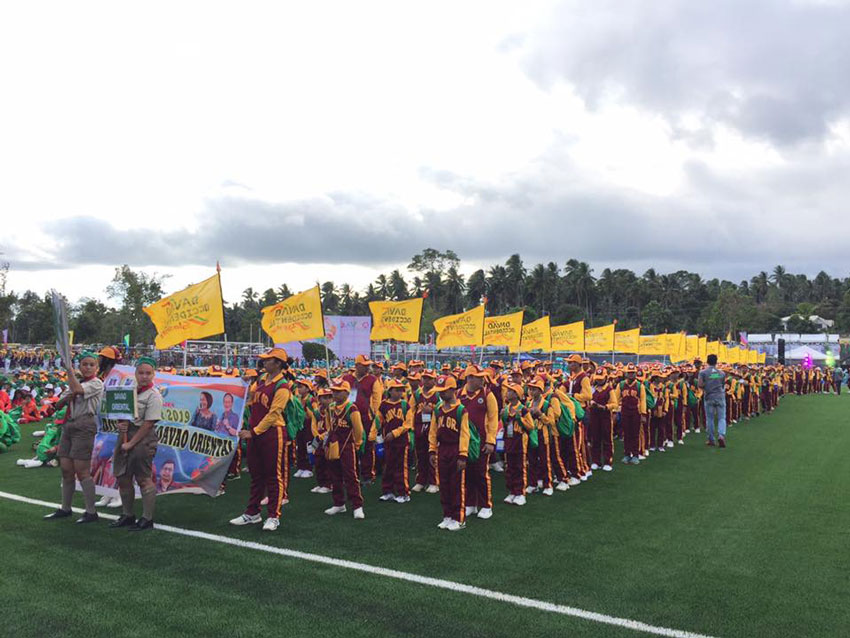 A student-athlete from Davao Oriental died due to pneumonia on Wednesday, Jan 30.Photo from the DAVRAA 2019-Davao Oriental Facebook page

DAVAO CITY, Philippines — The Department of Education in Davao Region (DepEd-11) has called for an investigation to clarify questions surrounding the death of the 12-year-old student-athlete from Davao Oriental on Wednesday, January 30.

The student-athlete is part of the delegation of Davao Oriental province for the 2019 Davao Regional Athletic Association (DAVRAA).

Eronico was part of the province’s elementary volleyball (girls) team.

The girl was immediately rushed to the Southern Philippines Medical Center (SPMC) on the morning of January 30 but died around 7:30 pm on the same day.

According to Atillo, the doctor found out that the girl has a fever, but it was actually pneumonia that caused her death.

According to her coach, aside from refusing to get out of bed and eat breakfast, Eronico also started coughing blood, prompting them to bring her to the hospital.

“Our Regional Director has issued already an instruction to conduct a sort of fact-finding, to look for some answers. We wanted to be clarified on some things before we would really confirm on what will be our next move,” Atillo told DavaoToday in a phone interview.

The official noted that the athlete was given a medical certificate making her fit to participate in the DAVRAA.

The DepEd and the City Health Office have also set a mechanism to check on the health of the delegates, but due to the number of athletes, Atillo stressed that concerned individuals on each delegation “should immediately inform appropriate authorities” if there are concerns.

“We would just like to remind all, especially the immediate individuals or in-charge of the athletes if there are some things they see way beyond what is normal already, talking about health, they really have to inform the appropriate medical authorities so that we can immediately respond to it,” Atillo said.

DAVRAA 2019 kicked off last Monday, Jan.27 with almost 5,000 athletes from different schools across the region. (davaotoday.com)