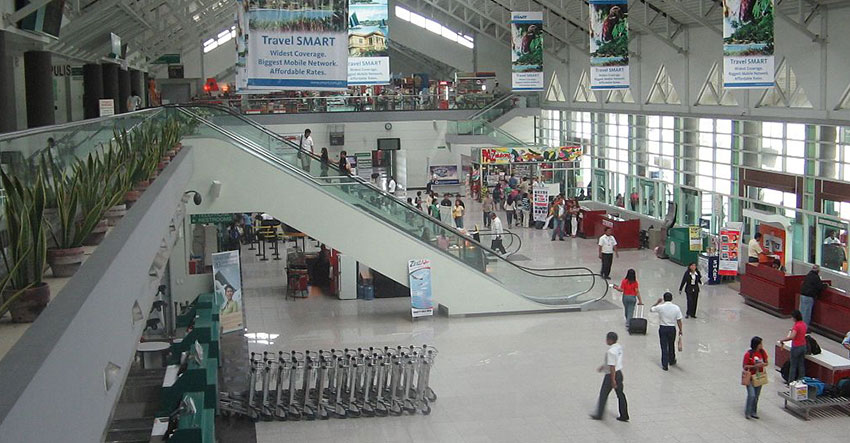 DAVAO CITY, Philippines — A private developer has submitted an unsolicited proposal to upgrade the Davao International Airport by 2020 to cater more arrivals and give a better passenger experience.

The Udenna Corporation through its subsidiary Chelsea Logistics has submitted an unsolicited proposal “to develop, operate and maintain” the Davao airport under a Public-Private Partnership (PPP) arrangement with the Department of Transportation (DOTr) and the Civil Aviation Authority of the Philippines (CAAP).

The proposal would undertake the operation, management and maintenance of all existing and project assets within the boundary of the subject airport, “and all necessary development works (construction, rehabilitation, improvement, betterment, expansion, modernization) needed to meet the projected demand for the airport services within the concession period”.

In an interview with Engr. Manuel T. Jamonir who is the business development manager of the Udenna Infrastructure Corp., he said the proposal receives an ‘Original Proponent Status’ and currently under the evaluation of the National Economic and Development Authority (NEDA).

“We are still waiting for NEDA to issue the result of its evaluation,” said Jamonir.

“The traffic is expected to continue to grow as Davao’s economy progresses,” said Councilor Zozobrado.

The Davao airport was designed to accommodate between 2 to 3 million passengers but has already hit 4.2 million in 2018 aside from the increasing cargo volume to 30 percent on the same year.

The legislator has also mentioned the rage of passengers over poor air-conditioning, malfunctioning toilets, frequent breakdown of security equipment, and the lack of retail options in the airport.

“The Davao International Airport was among the major airports that were put up for PPP three years ago but the initiative was shelved- and rightfully so because us, local stakeholders, were not given ample opportunity to participate in the project’s development. The airport may be a national government facility but we are the end users and we have the right and the responsibility to ensure that the project addresses to our needs and is aligned with our aspirations for the city,” Councilor Zozobrado added.

The Davao International Airport Modernization Project has a PHP 48.8 billion budget and would target to accommodate around 15.5 million passengers.

But Councilor Danilo Dayanghirang said he doubted on proposed upgrade saying there were also proposal to relocate the existing airport within Davao City or in the Island Garden City of Samal.

Jamonir said however, its feasibility study shows the existing Davao Airport to still operate and accommodate 15 million passengers until the year 2050.

“We did a feasibility study and technical analysis of the existing airport. We started with a forecast where we look at the historical passenger growth and the growth of the economy for the next 30 years,” Jamonir clarified.

The Udenna Corporation is currently seeking an endorsement from the City Council of Davao for the Davao International Airport Modernization Project to help fast track process of evaluation and start the planned construction early next year. (davaotoday.com)