DOJ official: Prosecutors must not​ ​tarry with cases 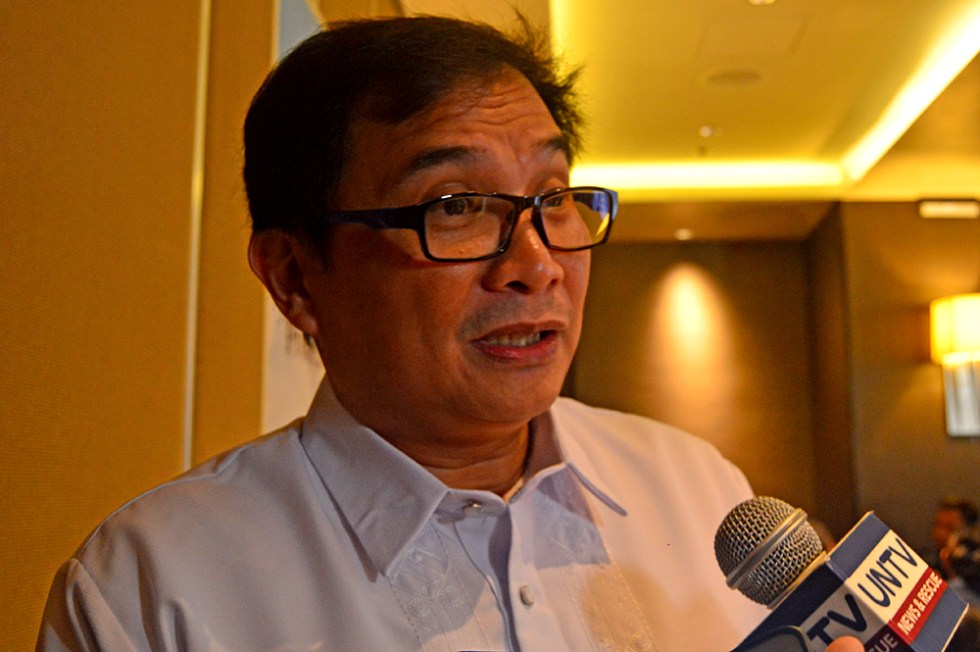 Senior Deputy State Prosecutor Richard Anthony Fadullon, chief of the National Prosecution Service’s Special Cases Division of the Department of Justice, answers queries from reporters at the sidelines of the dialogue between police and prosecutors in Northern Mindanao held in a hotel recently. (Jigger J. Jerusalem/davaotoday.com)

CAGAYAN DE ORO CITY, Philippines – To ensure the conviction of criminal offenders, prosecutors must no longer be “passive” but must be resourceful in gathering additional evidence other than what the law enforcers give them, a Department of Justice (DOJ) official said.

Prosecutors are so used to being passive and just waiting for the police to submit evidence but to work harder so that criminal cases will not be dismissed by the courts, said Senior Deputy State Prosecutor Richard Anthony Fadullon, chief of the National Prosecution Service’s Special Cases Division of the DOJ.

Fadullon said the working relationship between the police and the prosecutors can only be effective if they complement each other.

“When we start talking about working together, it does not mean that we are there to compete with the police. We are actually there to augment and complement the skill set they have and provide them with the ones they don’t have,” Fadullon told reporters at the sidelines of the dialogue between prosecutors and police held at the hotel here on Tuesday, Sept. 5.

The forum was attended by prosecution officials and ranking police officers from all over the region.

What prosecutors should do, he said, is to help the police in “looking for the right kind of evidence” that would lead to conviction of the accused.

To achieve that, Fadullon said, it is very essential for both law enforcement and prosecution to join forces and pool its resources, “so that we will be able to channel it towards fighting criminality.”

The dialogue between the two pillars of the criminal justice system, he said, is important as it is one of the confidence-building measures, and “an opportunity for prosecutors and police to sit down in a more relaxed state” and discuss ways to improve their respective functions.

Regional Prosecutor Merlynn Uy said there must be cooperation and collaboration between the law enforcement and the prosecution.

“We are always working closely with them (prosecution), especially in the [investigation of cases],” Pacleb said.

The regional police chief said the dialogue is one way to improve the criminal justice system, and to check for lapses, not only on procedures but in the gathering of evidence which is vital in the prosecution process.

In a joint statement released to the media by the DOJ and its non-government partner, the Hanns Seidel Foundation (HSF), the desired result of the forum is a more relevant and efficient means of gathering evidence which would eventually lead to the successful prosecution of cases.

In the future, follow-up sessions will be held to ascertain how the previous dialogues may have improved the cooperation and information exchanges among the prosecutor s and the police investigators, presumably leading towards a higher incidence of successful prosecution and convictions, the organizers said.

The DOJ and the HSF are long-standing partners in promoting programs which seek to improve the citizens’ access to justice. Under this cooperation program, the regular dialogues will provide support towards strengthening the capabilities of the National Prosecution Service, with the objective of enhancing the linkage between the two pillars of the criminal justice system.

The HSF is also a partner of the PNP in the implementation of the agency’s Human Rights Development Program since 2008 mainly through its Human Rights Affairs Office, jointly implementing training and conduct of dialogue with community activities to enhance knowledge, skills and further develop police training programs aimed at community-oriented and rights-based policing.