Duterte, like Marcos, needs to be accounted for abuses, says activists

DAVAO CITY – Local activists held a rally on the 49th commemoration of Martial Law on September 21 in Freedom Park as they dissent against Duterte government’s atrocities to human right that they say is similar to the late dictator.

Led by Bagong Alyansang Makabayan – Southern Mindanao (BAYAN-SMR), the group conducted a brief program that Tuesday morning, after negotiating with Davao City Police personnel to allow them to stage the rally while observing social distancing to avoid the spread of the coronavirus.

The city has implemented a rule against public gatherings including rallies as part of the COVID-19 protocols, where police installed chairs and barriers in Freedom Park along Roxas Avenue to enforce.

This time, no chairs were set up, but rallyists criticize police officers for taking photos and writing down the names of protesters during the rally, and for playing loud the city government’s COVID-19 information ads that drowned the rally’s sound system. 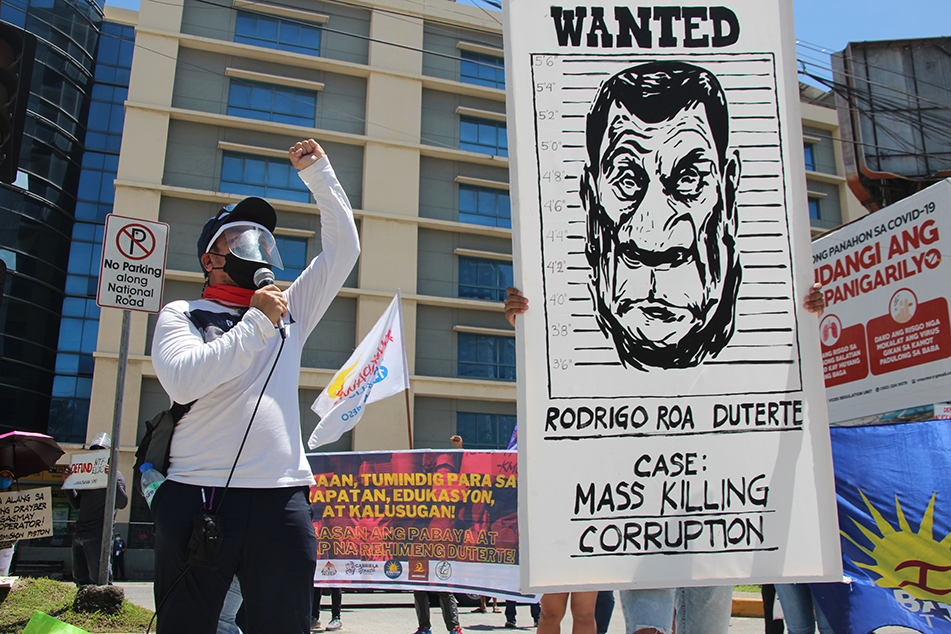 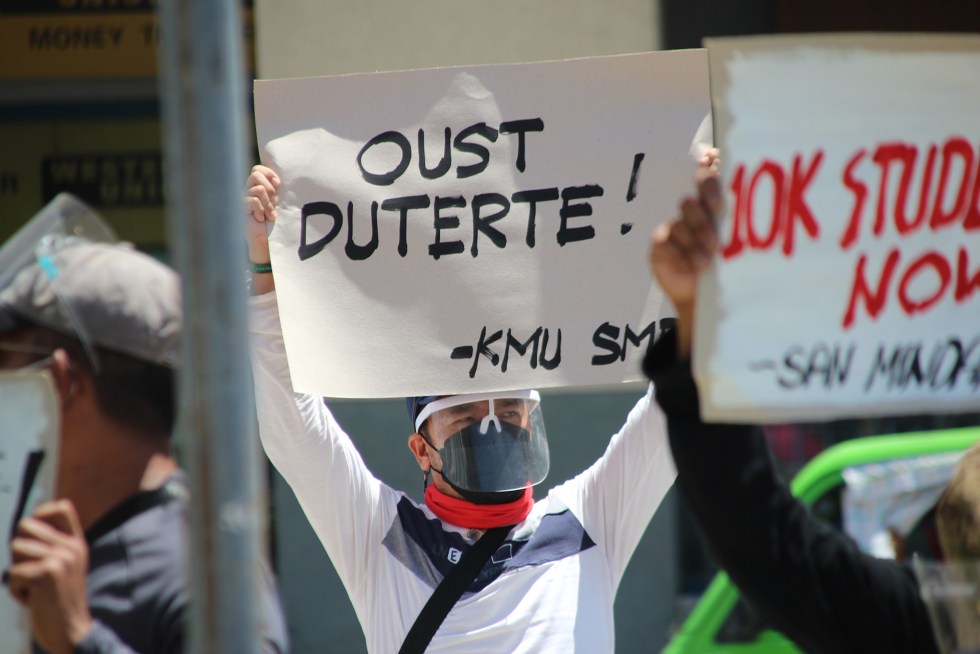 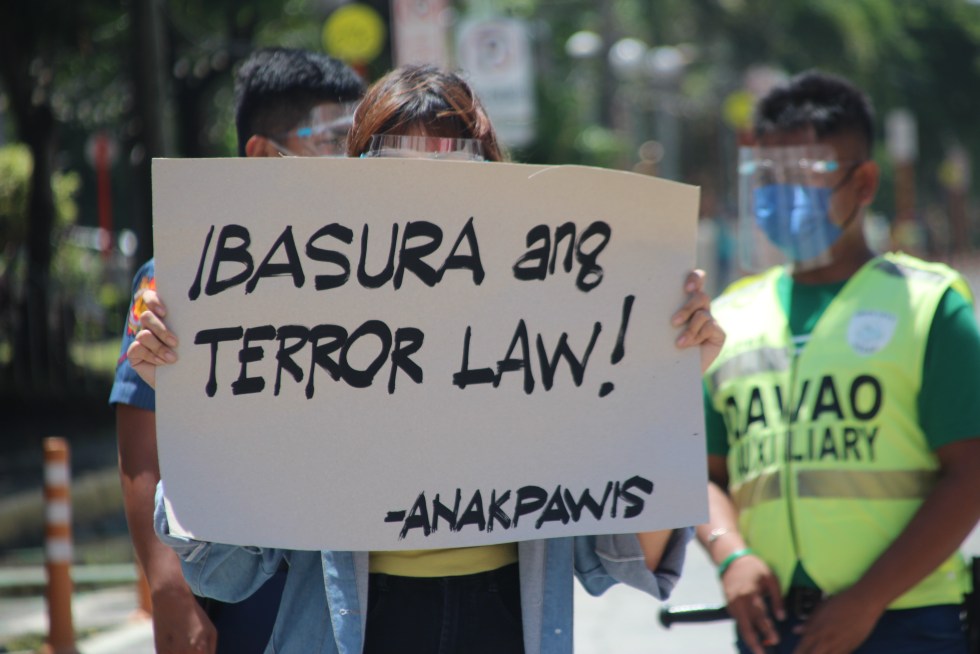 The rallyists held their program recounting the atrocities of the Marcos administration that ruled the country for 20 years that resulted to human rights violations, corruption and huge foreign debt.

The group said the Duterte government “is no different when it comes to the atrocities and implementing anti-people policies” citing the red-tagging of groups and journalists who are critical to its administration, and reports of overpriced purchases for COVID-19 material.

BAYAN-SMR Spokesperson Rodney Baslot in an interview said that similar to what the people did to prosecute Marcos over charges of corruption and abuses, the Duterte government should also “be accountable of its atrocities and negligence” like its failed pandemic response while intensifying counter-insurgency efforts in the country.

(Just like during Martial Law under the dictatorship of Marcos when the people experienced the dark days of repression, this current administration Duterte seems to commit far worse atrocities on its people.)

Duterte is now facing a probe by the International Criminal Court over reports of extrajudicial killings in his administration’s campaign against illegal drugs, a probe that the government refuses to cooperate with. 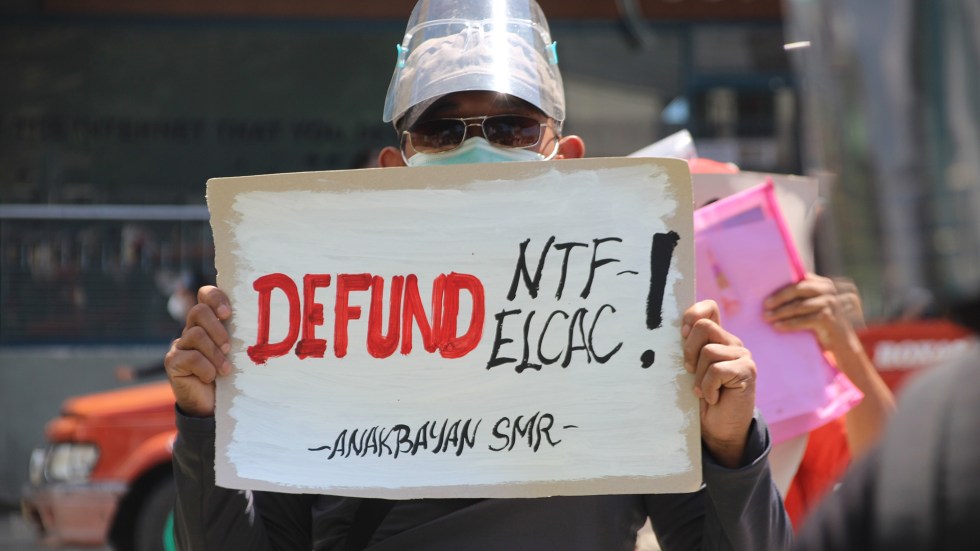 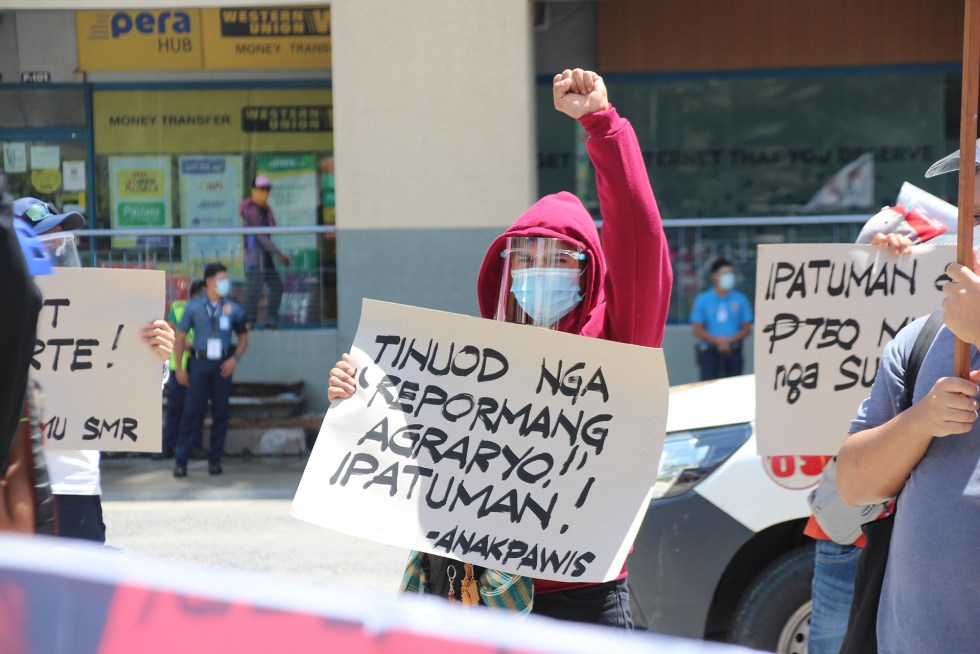 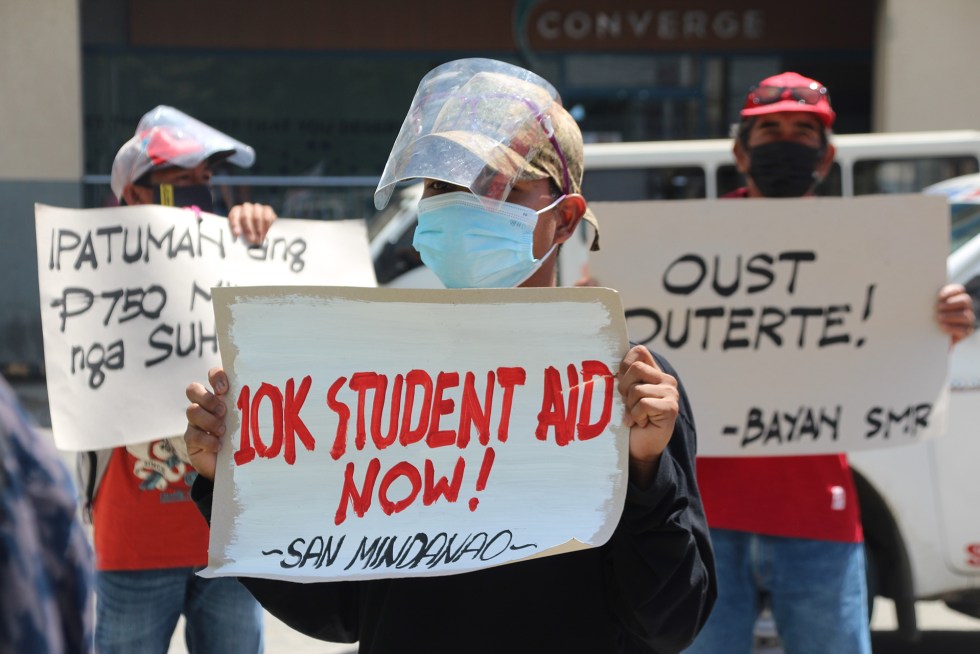 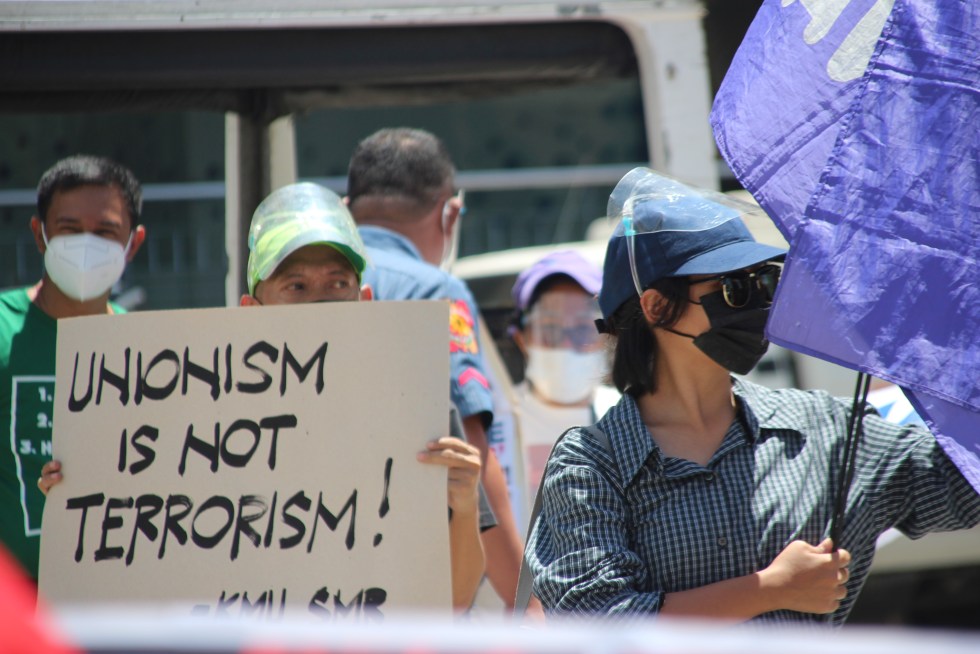 He points out that under the current administration dissenters and even civilians like the Lumad and farmers were being subject to illegal arrest and detention, red-tagging and even taking out lives for those considered enemy of the state similar to how the Marcoses silenced all its critics.

Baslot slams the government’s priority in its budget next year is towards counter-insurgency and defense, with a huge allocation National Task Force to End Local Communist Armed Conflict (NTF-ELCAC), while the budget for the health sector has been slashed.

(It’s clear government has misplaced priorities because while the budget was increased for the Armed Forces and the so-called high end infrastructure projects, the people are crying out from hunger and poverty. There’s evidence here that in this pandemic, the people are not prioritized under the Duterte administration.)