Duterte to release all political prisoners 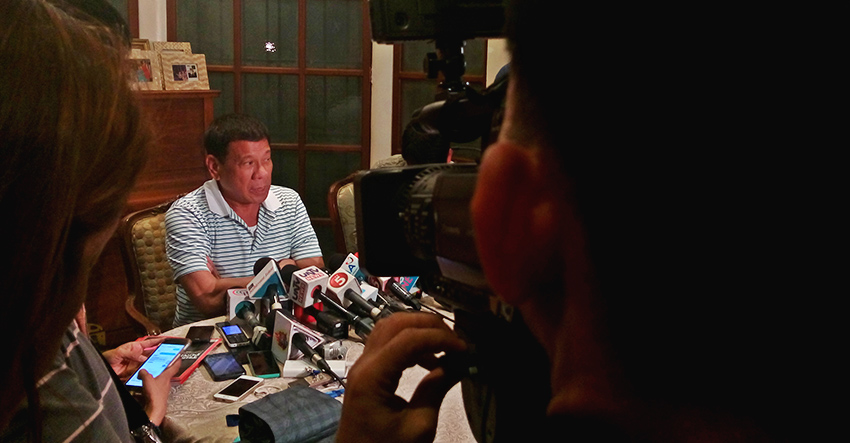 DAVAO CITY – Incoming president Rodrigo Duterte said that he will release political prisoners as part of the resumption of peace talks with the National Democratic Front of the Philippines (NDFP).

“Bitawan ko kayo mag usap tayo (I will free you, let us talk),” Duterte told the media reporters in a press conference late night Monday, May 23.

“I might decide to just free them before the talks,” he said.

Duterte said he is willing to free all political prisoners as long as they will deal in good faith, “I am offering my hand on this in good faith, I do not have agenda, so do not fool me.”

When pressed to comment about NDF’s chief political consultant Prof Jose Maria Sison participation in the peace talks, Duterte said the peace talks will start as soon as Sison, who is exiled in the Netherlands, returns to the country so that the venue for the talk and the agenda will be discussed.

“If you will be released take part of the talk. If they will not go home, where will I look for them?” he asked.

Duterte said that there will be no “good” negotiations, “whatever it is civil or uncivil, whether ill-mannered or good conduct as long as you’re here let us start it.”

In an earlier news report, NDF clarified that the release of political prisoners is not part of their preconditions to resume the peace talks.

Duterte also said that there will be no precondition on their part before the resumption of the talks.

“My precondition is you must come here. For the talks you must be talking to each other,” he said.

Duterte said that his panel would include military, lawyers, and those who have technical knowledge in crafting the peace agreement. (davaotoday.com)